The band was formed in 1995. Larsen collaborated with artists such as Johann Johannsson, Michael Gira, Martin Bisi, Lustmord, Deathprod, Nurse With Wound, Z’EV, Baby Dee, Julia Kent, sci-fi icon Christine Schell plus the project- a band in itself- XXL (aka Xiu Xiu + Larsen). In 2008 legendary dub-diva Little Annie joined the band as lead singer and lyricist appearing on ‘La Fever Lit’ and ‘Cool Cruel Mouth’ and live on stage on the related tours. 2016 sees the band representing itself as instrumental unit with a new album ‘Of Grog Vim’ (featuring special guest Thor Harris from Swans). A new Larsen EP ‘Tiles’ featuring Annie and a new XXL ‘Puff O’Gigio’ album came out in late 2018. The new Larsen album ‘Arrival Vibrate’, tribute to their friend Z’EV and featuring a remix by John Duncan, was released in October 2019 on Important Records’ Cassauna.

As for many other artists all of Larsen’s planned projects have been put into forced standby by the Covid-19 emergency resulting in the impossibility to travel.

All funds raised from this sonic documentary will help to cover the costs involved in the recording of our next studio album currently scheduled for January 2021 at the Courtyard Studio (Oxfordshire, UK) which we are over the moon to announce will be produced by composer, Touch solo recording artist, Slowdive drummer, Simon Scott. This project will end on December 2020 and will feature 6 monthly releases starting in July 2020. 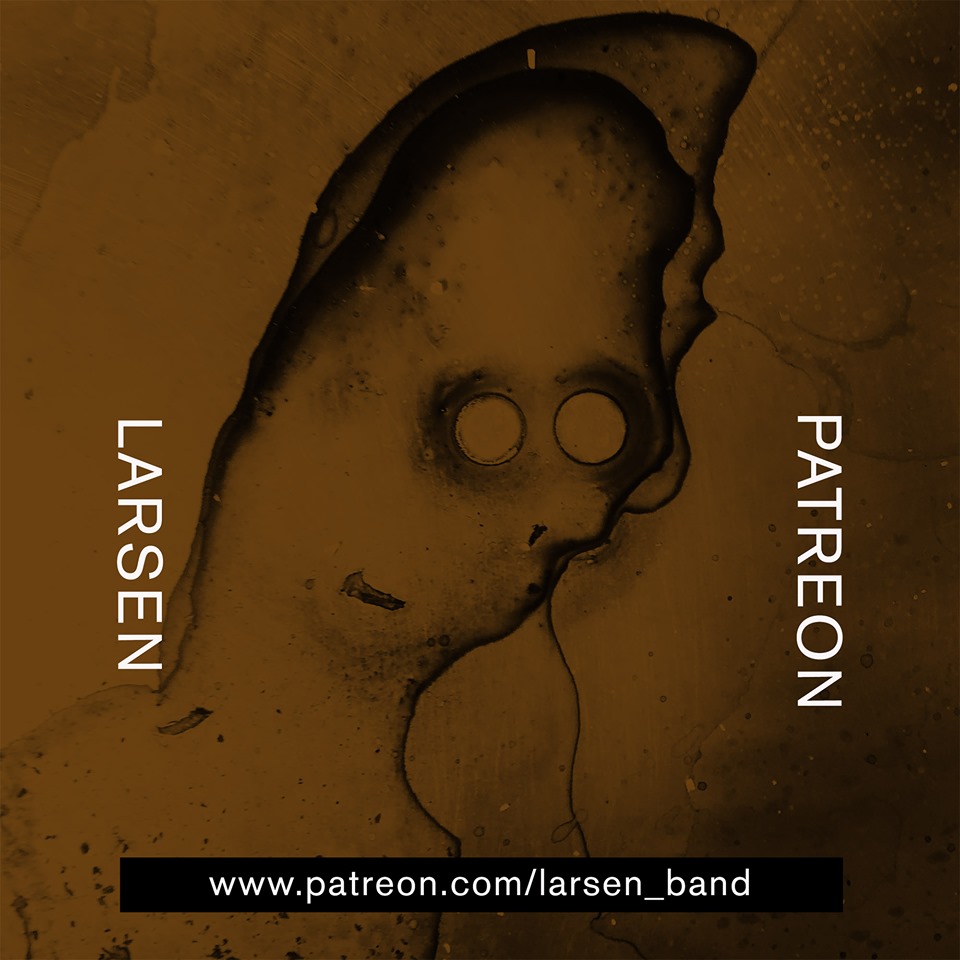 How are you coping with all this craziness that’s going on in the world?

Trying to keep our creative and “political” identity and to not freak out at the same time, the second part is definitely the most difficult.

Nobody is certain what will happen with the music industry. What are your predictions and how are you dealing with this situation? You had to cancel a European tour and reschedule the recording of your new album.

It definitely doesn’t look promising. Some live venues have already closed, the forward shifting of the market toward digital platforms could be the final strike feeds the intersting of big corporations but could be the the death strike to an already vulnerable market. Some countries are supporting their artists, Italy is not one of those. The good side of it is that a situation where we started to talk to each other and a long due sort of class action is taking shape. As Larsen we are trying to give continuity to our work by keeping an open conversation with our audience, giving signs of life and focusing in finding the right contexts and conditions to realise our projects without compromising our vision.

“A series of sonic snap shots of our music in the instant of its manifestation.”

I guess everyone has to adapt to a certain degree and hopefully not for too long. You are announcing a Patreon project. Would you like to share a few words behind this project and what will you show…

With the only exception of our latest album ‘Arrival Vibrate’, which was built on very specific compositional rules, all Larsen music so far was born from improvisations followed by editing and remodulating into the final form. In this specific moment when due to all the emergency rules in place would not be possible to share a finished product we have decided to share the process. We consider our Patreon project a documentary on how the collective mind of Larsen work, a series of sonic snap shots of our music in the instant of its manifestation.

How was working with Paul Beauchamp at O.F.F. Studio Torino? Would you mind sharing a few words about the recording process?

Paul has been our studio and live sound engineer for years both on his own or in collaboration with Marco Milanesio, O.F.F. is our home, we feel like we can create in total freedom and without stress with a person on the other side of the glass that knows and understands us.

How about the material on the upcoming album? Would you say there’s a certain concept songwriting wise?

Somehow it will be along the same lines of the Patreon project, Simon suggested to capture us in a different studio, The Courtyard in UK, and see what it will happen. He wants to push to explore deeper some sides of our music within a, to us unfamiliar, environment, will be a further experiment in instant composing.

All funds raised from this sonic documentary will help to cover the costs involved in the recording of your next studio album currently scheduled for January 2021 at the Courtyard Studio (Oxfordshire, UK).It will be produced by composer, Touch solo recording artist, Slowdive drummer, Simon Scott. Are you excited about it?

Very, and very frustrated we will have to wait at least until January to make it happen, it was originally scheduled for September.

This project will end in December 2020 and will feature 6 monthly releases starting in July 2020.

That’s the idea, but it is possible there will then be a second phase or series. 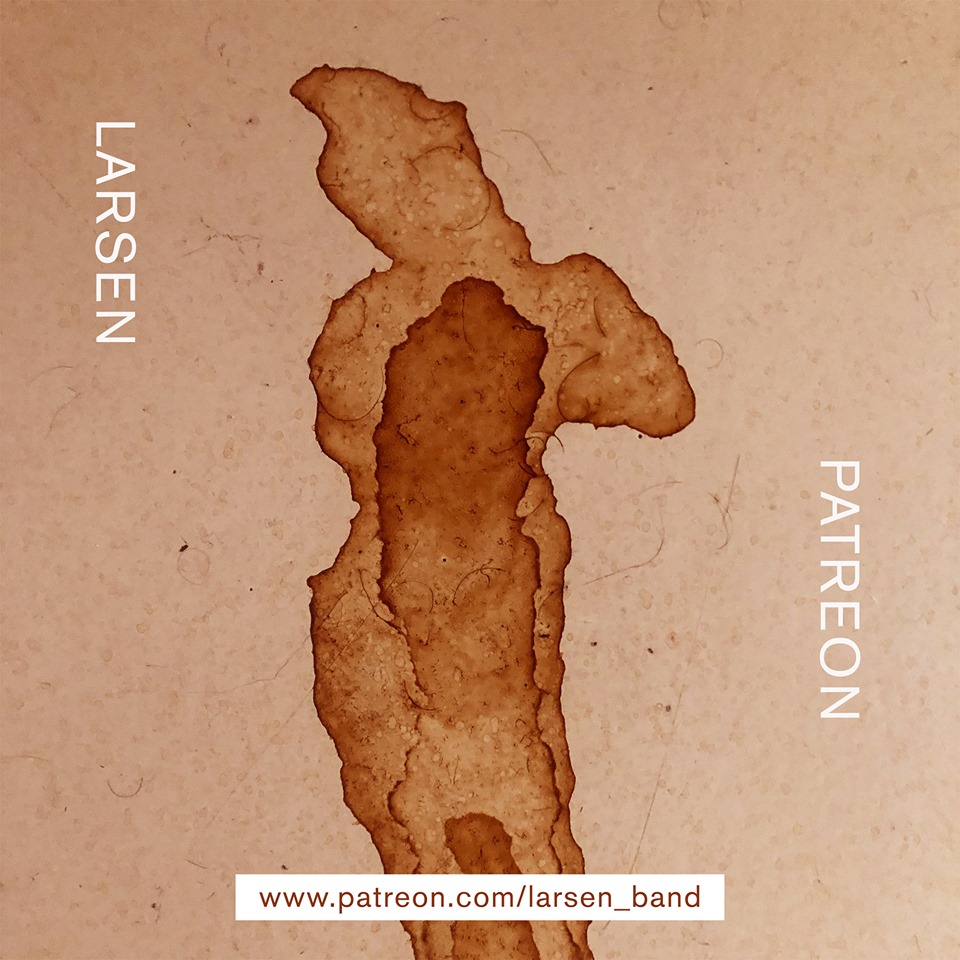 Can we discuss some further? …Which role does music play in your daily life?

Hard to stay without it really! It is not only our passion but also our job (or for some of us one of many) and we take it really seriously.

Can you reveal some secrets from the upcoming projects for our readers?

Right now the Patreon project and the new album are our main focus, We have some idea about a few possible performances more in a form of installation than a regular concert, we are definitely looking forward to performing live again, but it will have to be in our own terms and not diminished by the current contingent situation.

What are you listening to at the moment?

The four of us have quite different and eclectic tastes, a list could go on forever.

The David Bowie’s ‘Blackstar’ tour… But honestly at this point in our history we are usually quite happy to be on the road on our own, or with musicians and bands who are also friends or we have collaborated with. We are always open to offers though!

An invitation to not embrace and succumb to the reality of a socially and physically distanced society as the new normal, it can not be, it isn’t. To imagine a creation of a intersectional, sustainable and all inclusive future – and present – is our duty as artists and citizens.