Mountain Witch started in 2008 in Hamburg as an instrumental doom-oriented project. The band went a long way to the point where are they now. Their almost completely instrumental debut album ‘Scythe & Dead Horse’ (2010) was published by Doom Metal Front magazine, issue 5. It was soon released on vinyl and cassette. Cold River followed in 2013 recorded already as a trio of René Sitte (guitars, vocals), René Roggmann (drums, vocals) and Tobert Knopp (bass). Burning Village from 2016 turned to be a real breakthrough for Mountain Witch. This Charming Man Records have recently released fourth Mountain Witch album ‘Extinct Cults’.

How did you cope with the quarantine?

René Roggmann: Long walks alongside the Elbe (river), trips into nature with my son. Planted potatoes, invented double sided toilet paper and a lot of time spent in front of the computer, listening to podcasts, music or doing album related stuff.

Four years have passed since the release of ‘Burning Village’. The album received a lot of positive responses. What kept you so long to record new material?

Songwriting was not the problem. We changed the direction of the album at some point and got rid of a few songs. We needed a breath of fresh air and it was the right decision. The lyrics took a long time. Quarrel within the band, and ultimately exhaustion led to further delay.

What will happen with the songs that won’t appear on the ‘Extinct Cults’?

I remember three of the songs were not working that well and we grew tired of them. Another song worked pretty good, but didn’t fit the sound we had in mind. I play some of that stuff once in a while on my guitar at home (I play the drums in Mountain Witch, but I’m also a guitarist). Maybe I will use them some day for some project.

How did you spend these four years as the band?

After the release of ‘Burning Village’, things got a bit bumpy. We wanted to become more active as a live band but didn’t manage to do that. We parted ways with long time bassist Tobert because our schedules sadly did less and less match. We were helped out by Heiko and later Ingwer, both cool guys, like all our past bassists but still difficult schedules. Band members were not always on the same page about things. Different priorities, difficult communication, a shortage of driving licenses and confidence. Nonetheless, we played a handful of shows with some real highlights being Moscow and Essen. We rehearsed a lot of material, even tested some of it live. The last two years were spend making the new record, with me finishing it quasi on my own after a 6 month break.

Did you record final parts on your own or are you talking about mastering, mixing?

I recorded the bass guitar and vocals, which were still missing and did all the editing and mixing, but mastering was done by a professional named Christian Bethge.

This Charming Man Records have announced release of ‘Extinct Cults’ on 29th of May. What are your plans now consider the albums promotion due to all restrictions we have nowadays?

Promotion will be solely digital and print. There were no plans for live shows anyway, since we will take a break of undefined length from the band. Mr. Sitte and I get along btw. 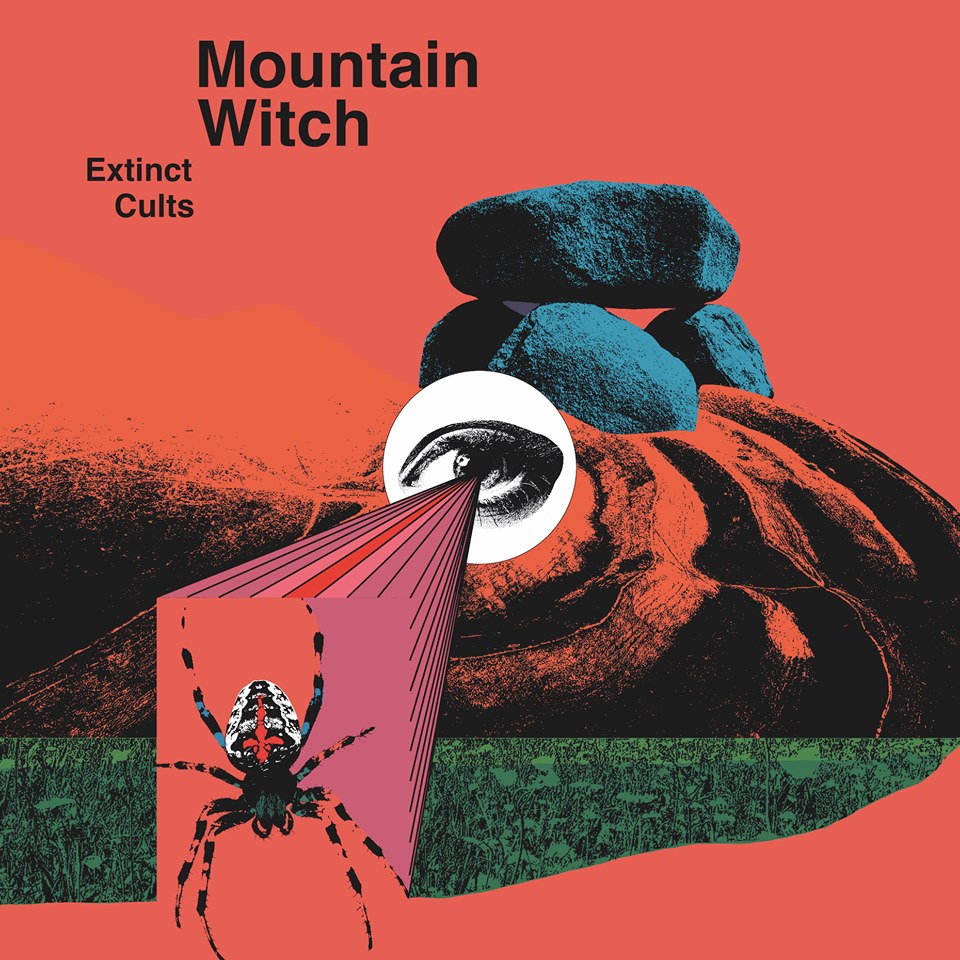 So the band is currently on the hold? Don’t you want to play the album live when the pandemic is over?

Well, my bandmate decided in 2018, that he does not want to do this anymore, or at least needs a long break and focus on other things. That was around the time we recorded the drums and guitar tracks together. I didn’t really think about playing the new songs live.

The albums cover is quite psychedelic and old school.

The artwork is done by Oliver Ferreira, a friend of mine. He has this 70s novel lying around and we always admired his cover artwork. Our album cover is a homage to that in style. The motive itself reflects some of the lyrical themes.

Such art would look good on a t-shirt. Do you plan to run some merch along the vinyl release?

Do you wear t-shirts of other bands?

Sometimes, yes. I don’t have many. Manilla Road, Satan, Angel Witch to name a few.

How would you compare your latest album to your previous one?

For me ‘Extinct Cults’ is a more focused and condensed thing, while ‘Burning Village’ was very ambitious, with lots of different influences. ‘Extinct Cults’ has less pathos, more gut feeling.

“I mixed this with an early 80s underground metal sound in mind.”

How did you work on the sound?

I mixed this with an early 80s underground metal sound in mind. Still very 70s sounding but with more reverb and cheesy chorus on guitar solos. The recording setup was very minimalistic as it was intended to be a demo at first. Guitars and vocals were overdubbed. Vintage instruments and old microphones (but nothing too fancy) were used. We recorded digitally, but it was mastered on analog tape.

Why do you think ‘retro’ sounding bands are popular today? Is it a sort of nostalgia?

Yeah, it has something to do with nostalgia but not only. It can also be a liberation to go back to earlier styles and also fresh if you don’t know much about it. For example, the grunge bands in the 90s threw the by then decadent metal out of the window and went back to 70s hard rock, 60s garage and punk. Or circa 10 years ago, people realized its becoming a one way street for metal, if you only focus on extremity and technicality. Interest in earlier styles grew. It’s part of evolution.

The album title is really exciting, what are your lyrics about this time?

Thanks! The title is meant as a reminder, that every ideology or religion will eventually vanish from this earth, because it’s just invalid, self-centered human pribble-prabble. At least three songs deal with that. To give one more example: “Capping Day” is inspired by The Tripods trilogy books/TV adaptation.

Tripods? Book series based on Wells’ The War Of The Worlds? What did attract you in this story?

Yes, I like the TV adaptation. I watched it as a child and rewatched it like 15 years ago and read the books afterwards, because the TV series wasn’t finished. The production of the final season was canceled. I like the TV show a bit better, but that’s blasphemy!

Yeah, it’s a spin on WOTW but much more attractive. The strange setting, the sense of subversion…I could go on in more detail but I’m too tired. Haha… 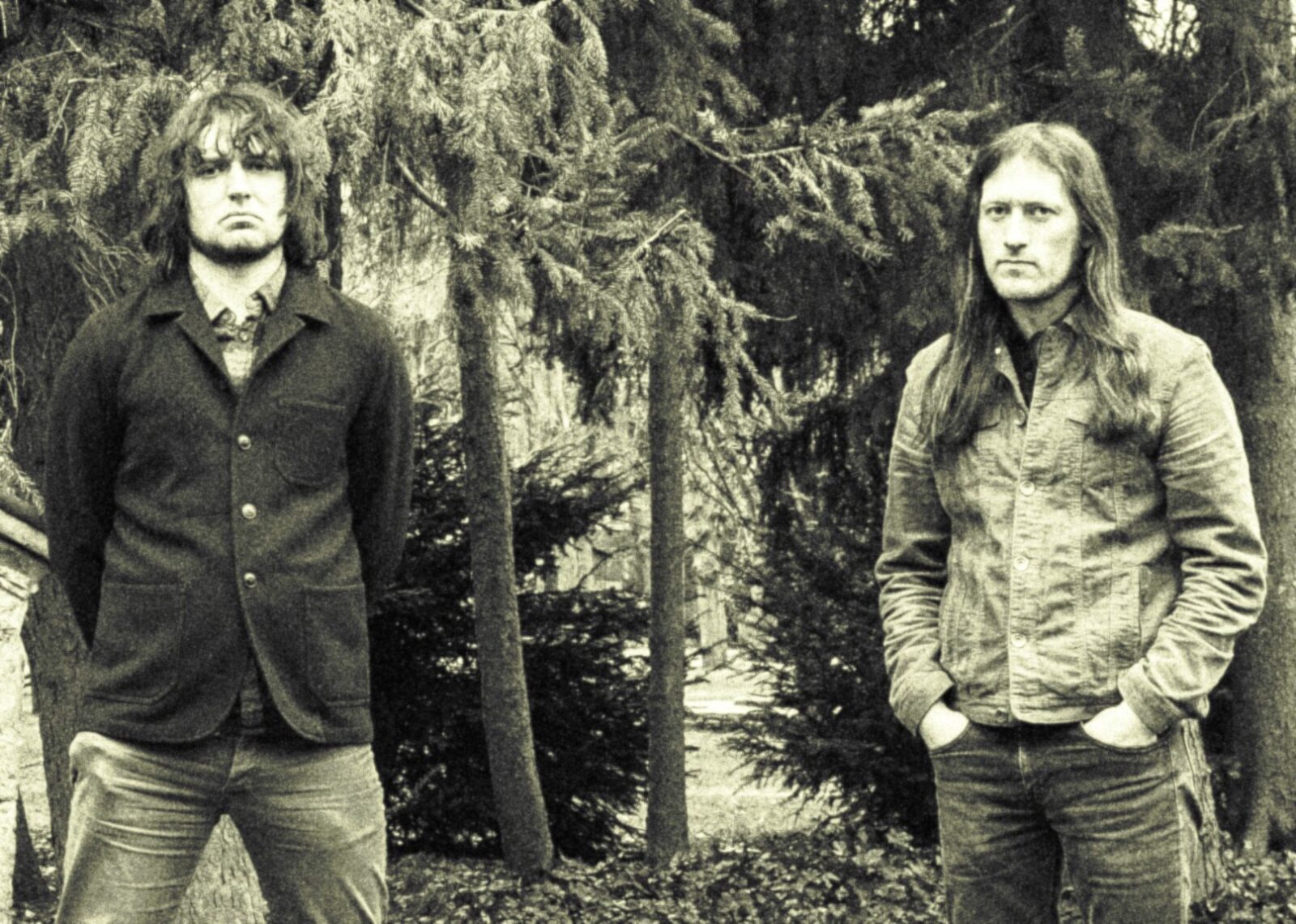 Okay, then let’s finish with that! Thank you for interview.

I wanna thank fans and supporters of the band and you for the interview. Thank you!