Argentina don’t have a lot of stoner bands, but Luciferica is an exception. Started in 2015 as a trio, they recorded instrumental psychedelic album La Cosmogonia in 2016. They switched to harder stoner sound and vocals with EP Nuevo Enigma (2017). They recently released their brand new album The Endless Hours.

Hi Ignacio! How are you? How quarantine in Buenos Aires?

Hey man! How are you? I’m fine. Quite boring quarantine, haha but trying to do everything possible to take care of ours.

Not much fun and a lot of stress… Well, your band Luciferica was born just five years ago and you already have two full length albums and an EP. What was your vision when you formed the band?

Luciferica was born out of the need to create music outside of the group in which I was playing at the time. We got together with friends to play the riffs I had, with nothing serious. So those riffs turned into songs and things got serious.

Your debut album La Cosmogonia (2016) is an instrumental album. Were you satisfied with it?

Yes, the group has changed, back then we were satisfied with that album, today we don’t play those songs anymore. That album has good riffs, but I don’t think it reflects the spirit of the group today.

Really? How would you compare band’s spirit on La Cosmogonia with newer material?

I think that today we are more sure of the message we want to give. And having recorded other albums gave us the experience of making things better today.

But what about the band’s name? Do you feel it works ok after these changes?

Yes, it is an aggressive and dark name. It goes well with the style of music we do.

Though Luciferica recorded La Cosmogonia as a trio, you’ve invited guest guitarist Santiago Nápoli to take part in the session.

Santiago didn’t really play on the album, he was helpful in lending us equipment and guitars to make recording possible.

Is it easy to organize gigs in your area?

Yes, Luciferica started playing after the release of La Cosmogonia. In Argentina it is not easy to organize concerts, but there are production companies that generally invite us to share shows with other similar bands.

So in what kind of venues do you usually play? Pubs, clubs, cultural centers or something else?

We play in pubs, there are several places here in Argentina, but they are for many people.

What’s the local scene like? I know Mephistopheles, Montenegro …

Yes, both bands are from here in Argentina, the 3 of us are from different cities. We have not had the opportunity to share a show with Montenegro, but we have played with Mephistofeles several times and they are a great band.

Do you try to find gigs with like-minded bands or you just use any opportunity to play live?

We try to play with bands of our style, here are some festivals where doom, stoner, psychedelic, metal music is mixed. Within all these styles we fit well. 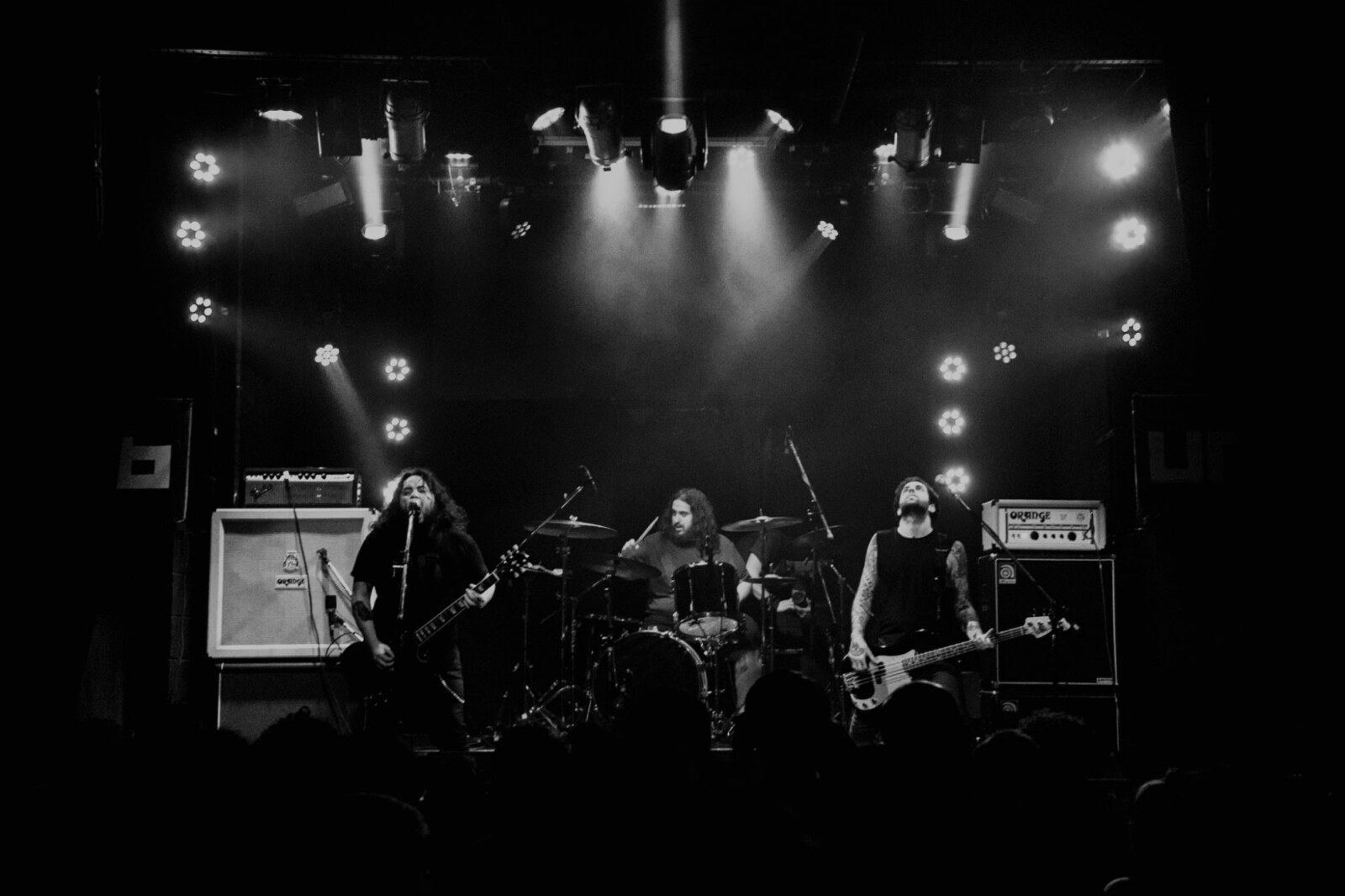 Your next EP Nuevo Enigma shows a different approach to songwriting, as the material sounds harder in general and this time you have lyrics.

They are compositions in “song” format, we wanted to tell stories and not just play instrumental music. At that time we had the previous guitarist, Lucas, and he was the one who sang on that album.

Okay, so I need to ask you what kind of stories did you want to tell?

That album New Enigma is based on Dario Argento’s movie Suspiria. One of my favorite movies of all time.

Do you feel that addition of vocals is making the band’s promotion easier?

I really don’t know, there are people who still tell me that they prefer La Cosmogonía, haha … but I think what we did was out of our own need and not to promote ourselves further.

Well, it’s not a bad record, it’s quite vivid and energetic.

It’s an album with strong riffs, but I think it doesn’t finish defining a style. My favorite from that album is ‘Hipnosis’, I think it has good climates and interesting metrics, the closest thing we did to progressive music.

You took your time after Nuevo Enigma release. The Endless Hours (2019) turns to be a solid and heavier work with obvious sludge feelings and texts written in English. What were some of the influences?

Yes, we had a member change and that is why we had to delay recording the album. The album has lyrics and personal stories that are made from our minds. I already had the idea to sing in English, but it was after Lucas’s departure that I decided we could take advantage of the member change to make a change to our sound and sing in English. It was quite a challenge, but I think it went well. At that time we heard (and continue to listen) Bongripper, Cough, Conan, Monolord, bands of that style.

It seems ‘Goatchild’ lyrics is based on Lovecraft’s Dunwich Horror story, am I right? And what are your other songs about?

You are correct about ‘Goatchild’! The other songs speak of suicide and the desire to be out of this dirty world.

Does living in Buenos Aires inspire you to write dark suicidal stuff?

The city does not influence us as much, it is a recurring thing around the world. Buenos Aires is a city like any other in the world. They control us from above and we always lose. Selfishness abounds here, as in any other city in the world. We are aware that the shit that happens here also happens elsewhere. That is why people from other countries identify with our lyrics. We all go through the same thing at some point.

Did you find a proper label for this album?

Yes, totally, thanks to the fact that they released the album in other continents, we have been able to reach more listeners and we are very grateful for it.

Well, until the time of Covid19, we had planned the recording of a split with an European band and the recording of a single. Now we are waiting for all this to be resolved and we will see what we can do when we resume the tasks of the band. At the moment, on Sunday April 26th we will release our new live album called Menticide through our Bandcamp site. 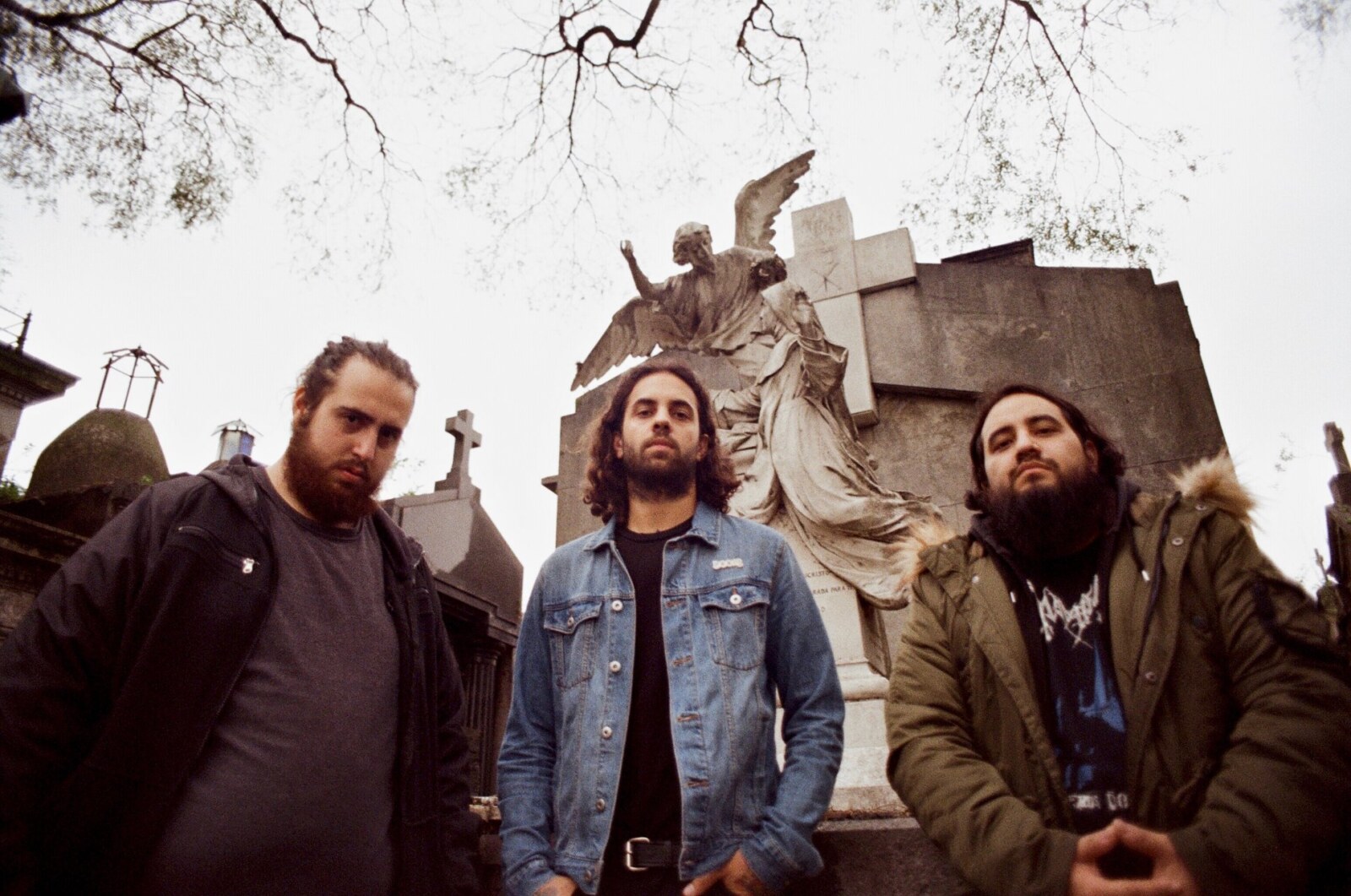 Hah! Really? Do you feel this show represents Luciferica performance at its full capacity?

Yes, this program was recorded during The Endless Hours release show, in a Buenos Aires pub called Uniclub. In that show we share the stage with Mephistofeles, Fulanno, Misa Negra and Altar. Menticide contains The Endless Hours live.

Okay, thank you for the interview! Would you like to add a few more words for our readers?

Thank you for the opportunity to share our music. I wish everyone is well and that when this virus ends we can meet at a show. I invite you to listen to our music on our Bandcamp site.
Stay safe!