Music for empty rooms is a drone record about loss and dislocation, made by West Yorkshire-based reductionist Chris Gowers.

Can you tell me, in your own words, what am I listening to when I listen to Music for empty rooms?

The sound sources are: piano, cello, various singing bowls, 32” tam tam and a room recording. On the room recording there’s the sound of a storm outside, a passing train down in the valley, and a high-pitched drone that was being emitted from a TV.

What kind of record did you want to make when you started Music for empty rooms? Did you set any goals for yourself? Did you have certain ideas that you wanted to work out for yourself? And if so, do you think you reached these goals?

Lowered recordings use only acoustic instrumentation and sound sources, so no digital effects are used during the recording, editing or mastering processes. I also try to create music that expresses something of the human experience from a phenomenological sense, as well as the nature of environment. For this record I drew on personal experience as subject matter, feeling compelled to document a sonic response to a liminal space and time period in my life. It refers to my recent move from London following the death of my wife, to a strange town in West Yorkshire (strange to me, and strange generally…). I live in an old house on a hill overlooking a valley, and spend a lot of time listening to the sounds of the house and the reverberating sounds of the valley outside. I began exploring dissonant tones as they resonate in space, as a way of finding sympathetic resonance with my own mental and emotional state. While the displacement and bereavement I was experiencing affected the composition and recording processes, I hope it succeeds at least in communicating those themes. 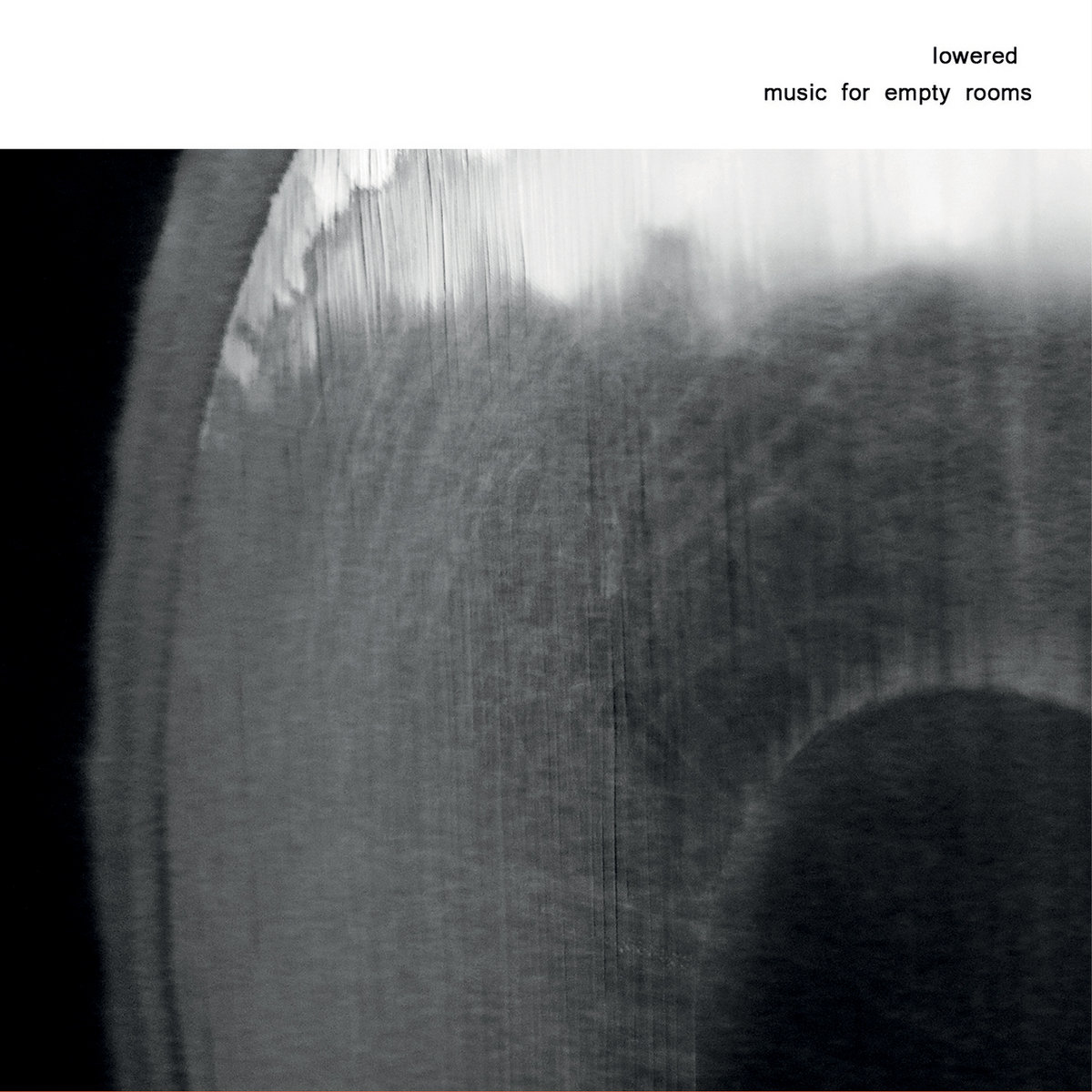 Lowered was a name chosen to reflect the reductive, understated ethos behind the project, but also to evoke certain semantic signifiers, such as ‘lowered voice’, ‘lo-fi’, ‘low-end’ etc. I’d like the project to be both a solo and a collaborative one, hence the open-ended ‘band’ name.

What does the title of the album, ‘Music for empty rooms’, mean?

‘Empty rooms’ refers to feelings of loss and dislocation, and the silence of absence. It also implies a more universal feeling of existential isolation that has been explored in previous recordings.

On Discogs you refer to your music as ‘reductive compositions’. What is the difference between ‘reductive’ and ‘minimal’, for you? And if you reduce, what do you reduce? What is it that you leave behind?

I consider these recordings to be minimal in means and reductive in process. I aim to reduce the human imprint of the music from both a performance and a compositional perspective, and instead focus on the work’s materiality; namely tone and silence. Therefore reductive playing techniques are used that centre on the timbral, resonant qualities of the instruments, rather than on any (vain) aspirations of musicality. The compositions themselves often follow a reductive process, for example the Arche EPs were formed from hours of improvised recordings with much of the material being discarded, rather like a sculptor with a block of clay. A lot of recordings I use are of decaying tones following the attack, as the sounds dissipate into silence. A process of distillation occurs after which the sounds are arranged to form the piece. Sound leads the composition.

How and why did you get into drone music, into music which is more sound-based (instead of song-based or melody-based)?

I think I’ve always been drawn to the textural qualities of sound, and sustained drones allow for scrutiny and contemplation of those sounds in greater detail. I’m interested in minimalism in both sonic and visual arts; the reduction of a sonic or colour palette, the simplicity of structure and form, and attempts to strip away extraneous noise by presenting a pureness and a stillness. Not an idealised abstract purity like that in geometric abstract art, or electronic abstract music, but a wholeness of experience where awareness of one’s physical form and one’s “spiritual” perception connect. Long sustained tones or vibrating monochromatic colours I feel are conducive to a meditative focus on the work as well as the act of perceiving it.

Why do you prefer acoustic drones (instead of electronic drones)?

I’m certainly not averse to electronic drone music and artists like Eliane Radigue are a definite influence. But it’s true that I prefer acoustic to electronic sounds, and drone music that relies heavily on synthesizers and computers has become increasingly ubiquitous. The use of acoustic instrumentation allows for greater idiosyncrasies of tone, as they are resonating objects in space. Because drones have been used in music for centuries I wanted to try creating music using old drone instruments, such as gongs, singing bowls, Aeolian harps, cellos etc. Although I’m becoming increasingly interested in adding analogue sine wave oscillators to this list.

Do you record analog (on tape)?

There’s some tape recordings on the first LP (Lost Seas), but not on any since. However I’ve been experimenting using tape loops with a 4-track recorder and ideally I’d like the whole process to be analogue, so I’m hoping to acquire a reel-to-reel in the future.