Movie Club is a minimalist instrumental duo out of Venice Beach who believe in the power of a strong and simple union between two instruments to cut through the oversaturated, overproduced industry of music today.

In 2019, just their first year, they proved their own theory by playing over 30 shows in Los Angeles. Their two EPs “Kraken” & “Hammerhead” received good press as well as airtime on KCRW. Movie Club is Jessamyn Violet on drums and Vince Cuneo on guitar.

Their upcoming record “Man o’ War” is due out March 2020. The group’s goal was to dive deeper into differential elements of rock (including psych rock) and push themselves harder than ever before. The EP features heavyweight Tim Lefebvre (David Bowie, Black Crowes) on bass. The EP was recorded at Kingsize Soundlabs and engineered/ mixed by Brian Rosemeyer. 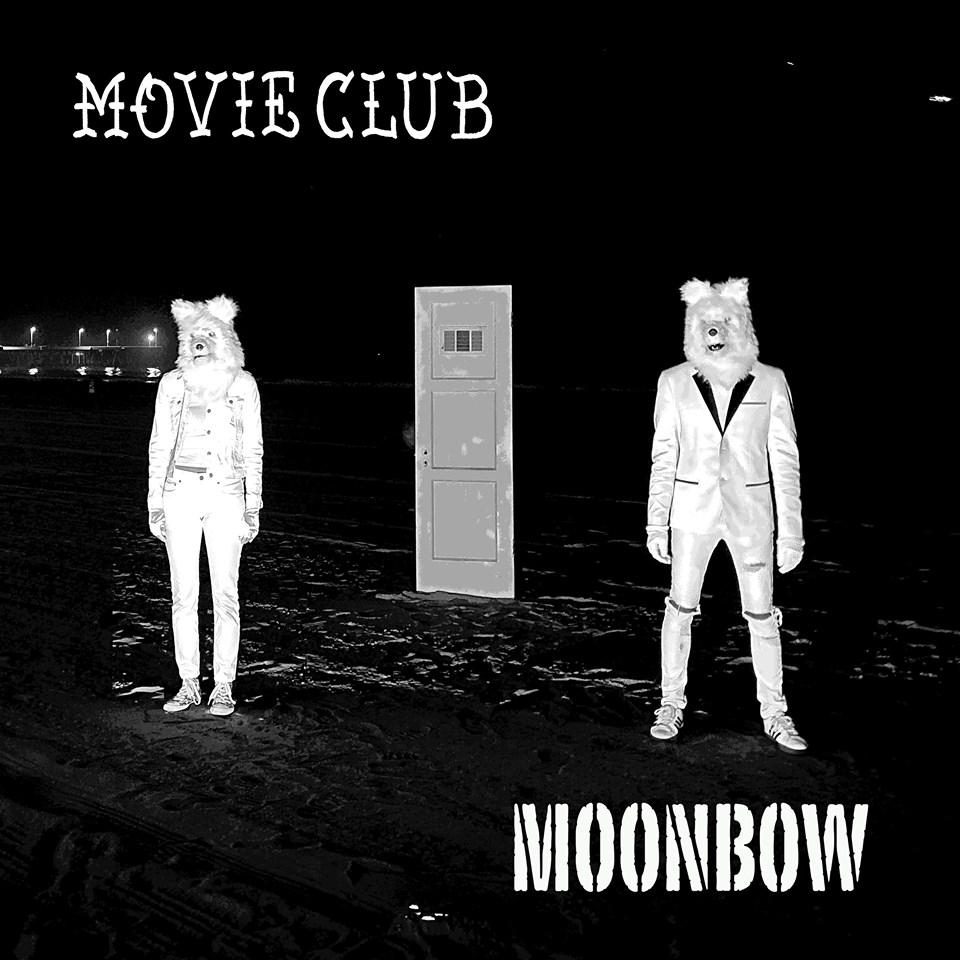 The music video for “Moonbow” was shot in Venice and features the surfy garage rock band appearing for the first time as the white wolves. With “Sabotage” by the Beastie Boys as a strong reference, the video depicts the band on the run from the white wolves with a magical suitcase, finally escaping through a portal door conjured by the wolves.