Make no mistake, How To Live is not Ultimate Painting, nor does the music revealed here travel down that same path. I use the word ‘reveal’ as that’s exactly what this album does, it opens itself up, revealing its treasures in a meandering sort of way that is not rock, nor is it psychedelic dream-pop, being more Robert Fripp-ish, bordering on some sort of visual low-keyed psychedelic jazz, traveling at the speed of pre-dream, where one slides into a comfort zone, as if riding on a train, with pastoral delights whisking by, only momentarily visible, yet setting the stage with an overture of soundscapes and hushed vocals.

How to Live is what happens when the essential members of a band part ways, it’s what happened with Lennon and McCartney, Pete Kimber and Jason Pierce, and now with Jack Cooper and James Hoare, where listeners finally see the elements that went into making Ultimate Painting what they were, and while very good, had that implosion not taken place, I can only imagine how much more exciting this album could have been.

For the most part, the outing is far too angular for my tastes, coming at me from too many directions, giving me no place to rest comfortably or to define myself within its context and all of this eclecticism. Gone are the dissolving attributions of Ultimate Painting, though yes, there are a few hanging around the edges here, yet just enough to keep you wishing for more, where at some point Hoare will step in through an open door and all will be right with the world again; as we now understand that it was James Hoare who keep the music of Ultimate Painting from becoming too turbulent and too experimental. There’s nothing fragile here, no essential wondrous lustful dreams of the psychedelic abstract, just a linear sonic coursing structure that doesn’t call for an instant warm nurturing replay.

I’ve heard this theme before over the years, regarding how one was supposed to live in these modern times, though I’ve never found it that confusing, where like that train I mentioned before, the record moves into the uniform mid-tempo clickity clack of the mundane and the monotonous, ushering in sense of swirling, though beautiful frustration. 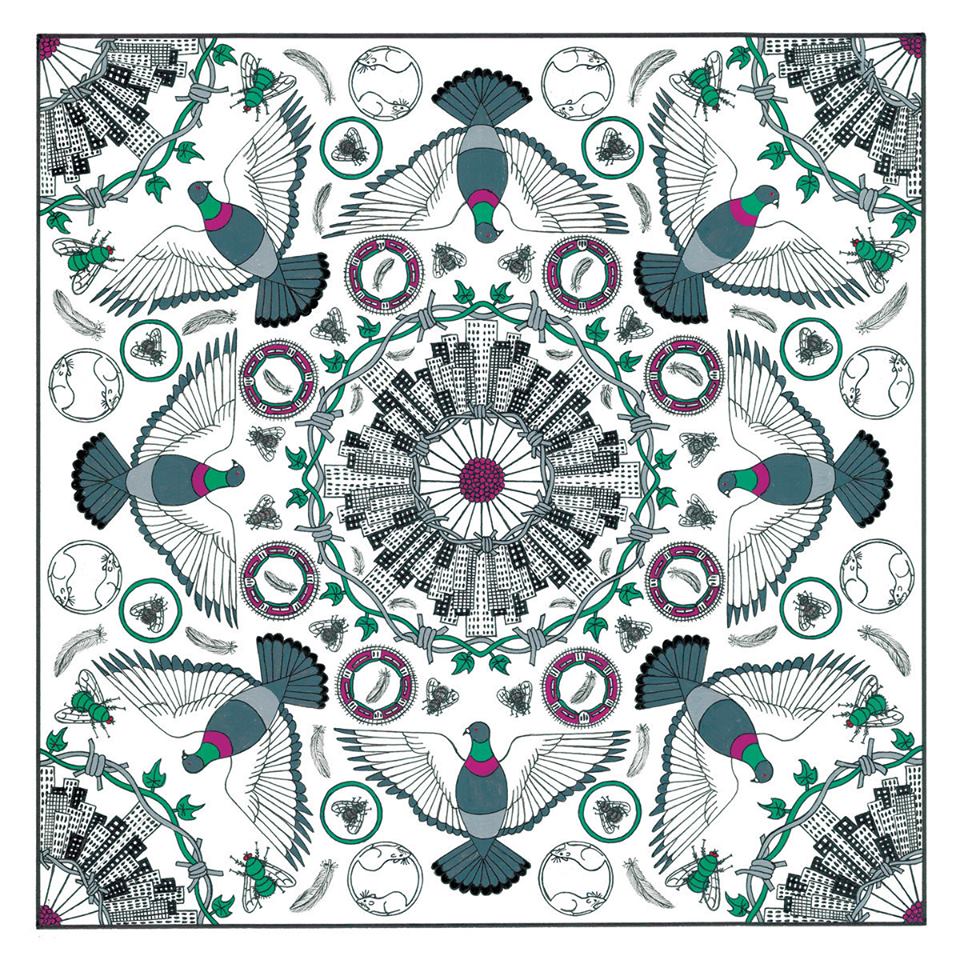 That said, the further one moves into this record, the further the flowering bloom seems to get, as if the organic nature of an orgasm has been relegated to mechanical aspirations … and nothing more.

Those who were looking or hoping for more of that Ultimate Painting sound will undoubtedly be disappointed with Modern Nature, though those open to new doors and points of view will certainly find a resounding freshness here, yet one that’s very pattern-ly reparative by design and construct, where sounding delightful in the moment, will not call for you to venture into these scripted manifestations casually, as the music merely takes you from point A to point B with no memory or longing for anything that happened in between.

*** As to the vinyl itself, I own the spatter green, which sounds remarkably good and is worthy of your consideration if you’re into coloured records.