After 48 years, Apache-Inca by Craig Smith has finally been rereleased on CD and vinyl, and it is just as remarkable as it was back then. Since only a handful of physical copies of the original album exist, this is the first time that the album has been released to a mass audience, aiding in Smith’s dream to spread his message to the world, as he passed away in 2012.

The story behind the album and its creator is worth researching in itself, as both albums were originally sold on the street by Smith himself in 1972. The wonderous Smith, who later renamed himself Maitreya Kali after a disturbing stint along the hippie trail in Afghanistan, truly demonstrates his mental state at the time with each song. Although he was diagnosed as a paranoid schizophrenic once he returned to America, the music in this double album is actually coherent and accessible, possibly more than Syd Barrett’s solo work.

“One of the astonishing aspects of the album is the variety”

Like Barrett, Smith created this music (save for two tracks that were written by his former musical partner, Chris Ducey) after those he was closest to drifted away from him. You can feel his sense of loneliness on the ominous opener “Ice and Snow” and the relaxing “Music Box Sound.” Both albums have similar themes, which comprise of isolation, war, and his own Buddhist philosophies. However, there is a noticeable difference in that Apache is comprised of mostly folk pieces while Inca emphasizes more of a rock-oriented sound. Since multiple tracks on Inca were old recordings from Smith’s former band The Penny Arkade, it makes sense.

One of the astonishing aspects of the album is the variety, from the loneliness-centered tracks mentioned earlier to the psychedelic epic, “Knot the Freize” and the heartwarming “Cheryl.” Despite the latter song’s beautiful lyrics and sound, the woman he wrote the song about left him after a violent outburst Smith instigated against one of her male friends, making the song all the more tragic. Even with the melancholy undertones, it’s difficult to resist listening to Apache-Inca the whole way through because of Smith’s melodic chops. Bear in mind that this is the same man who wrote “Salesman” by the Monkees and “Country Girl” by Glen Campbell (with Smith’s own versions of both songs being present on Apache-Inca). 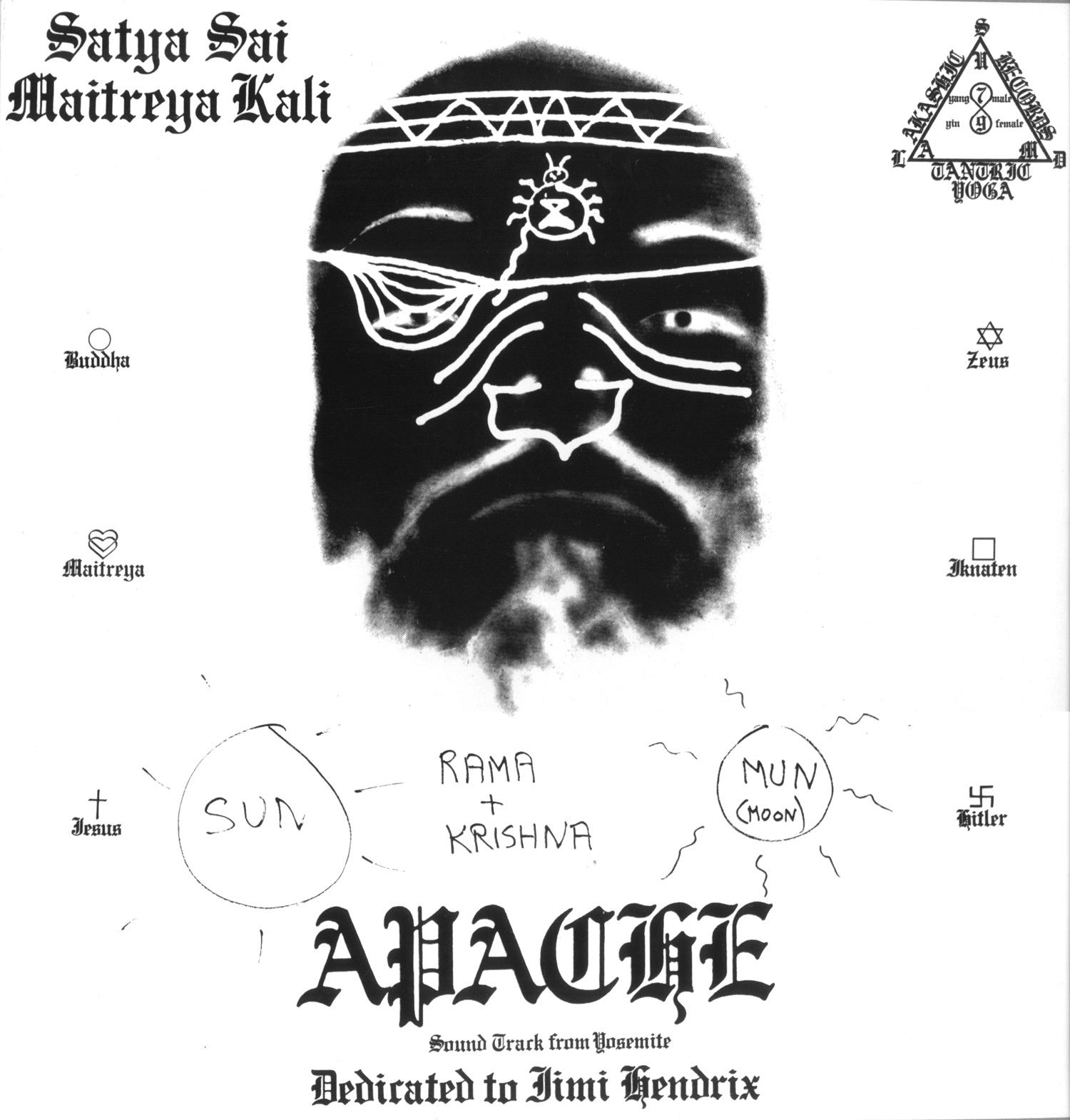 The rerelease was compiled by Smith’s brother Gary and author Mike Stax, who is the editor of Ugly Things Magazine and the writer behind Swim Through the Darkness: My Search for Craig Smith and the Mystery of Maitreya Kali, which comprehensively tells Smith’s story from his humble beginnings to his tragic demise.

That book is well worth checking out as well due to Stax’s sheer dedication in sharing Smith’s tale to the world, as Smith was an almost completely obscure figure prior to the release of the book in 2016. The pair also took great lengths to recreate the packaging of the original album, showcasing liner notes that display Smith’s confusing yet enchanting personal philosophies. Like his other acid casualty contemporaries Roky Erickson and Alexander “Skip” Spence, Craig Smith, a.k.a. Maitreya Kali’s message lives on through his music, and will hopefully never be forgotten for years to come.