What’s up with Radio Moscow? Your latest album was released two years ago. New Beginnings was a very strong release. So what are the new beginnings for you?

Parker Griggs: Radio Moscow is still Radio Moscow but after all the years solely focusing on that I wanted to branch out and try something new, touch on some new sounds and influences. Really happy with the last Radio Moscow album and how it came out but wanted to focus on something sorta new and fresh next with my songwriting. That’s when I decided to form a side project and start and making tunes about a year ago.

“Wanted the freedom to create something a little different”

You recorded some new material under the moniker of El Perro. Would you like to talk about your solo recordings?

About a year ago I started getting into some new influences and wanted to just lay down whatever I felt like without feeling restricted. I’ve been recording tracks on my four track at home solo and now have about enough tunes for an album. Wanted the freedom to create something a little different and tap into some new areas musically. 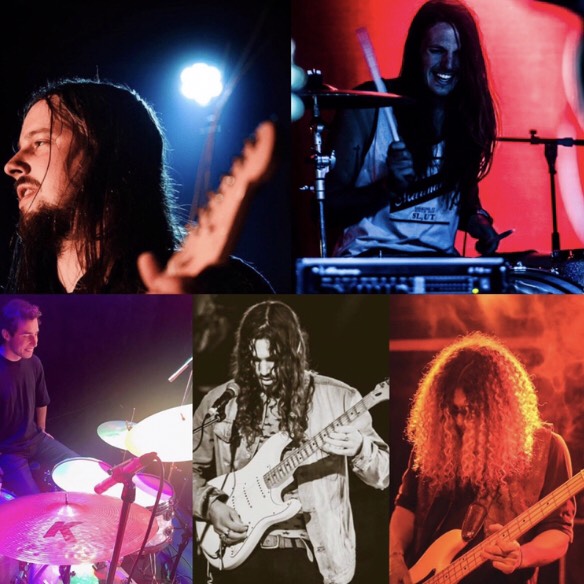 After hearing your demo songs, it seems to me that El Perro has a batch of new influences. Were you listening to a lot of psychedelic funk and soul?

Indeed haha. Was always into stuff like Funkadelic and Black Merda but really started tapping more into that genre and found some great stuff. Love the more jammy Latin / funky sound as well and wanted to incorporate some of that sound as well. Dived into a lot of new great stuff the past year that made me want to try my hand at something a little different but still residing in a similar neighborhood.

So you are recording at your home?

Yes so far been making all the demos at home on my Tascam portastudio 424mkIII. It’s a little cassette recording unit. Gives the tunes an old school lofi sound that I enjoy. Always used this to make demos before going into the studio.

You are playing all instruments/vocals. What would you say is the main difference in being a solo artist?

Yes on the demos I sent you I am playing everything. That’s how I usually write. Start with a riff idea then add drums and a structure to fit the riff, then build on that. It’s how I’ve always done it before with Radio Moscow as well. This project was freeing because I felt I could breathe more styles and sounds that I wouldn’t have made sense with Radio Moscow. Was able to go into this with no set expectations of what it should be like so there was tons of freedom to throw in all sorts of other things that have been influencing me lately. Just started this making tunes for fun to try something new.

Yes soon! It will be really fun to take these jams in a professional studio and get wild with it. So far there’s 8 tracks total which is about enough for an Lp. Just working on the next steps to get there now that the demos have been coming together.

I see that you’re going to play some gigs. Where are you playing and who will be joining you on drums and bass?

Lonnie Blanton on drums. He previously played with me in Radio Moscow back in 2012. Shawn Davis on Bass. He was previously in SLC bands with Lonnie all growing up. Blake Armstrong on Percussion. He’s a skilled jazz drummer that I randomly met at one of his local shows. Holland Redd from the band Petyr (interview here) is on guitar as well. Getting all together next week and jamming for some days straight… should be swayte.

Would you mind if I ramble on about records… Do you still go out and dig through piles of records these days? What are some of the latest finds? 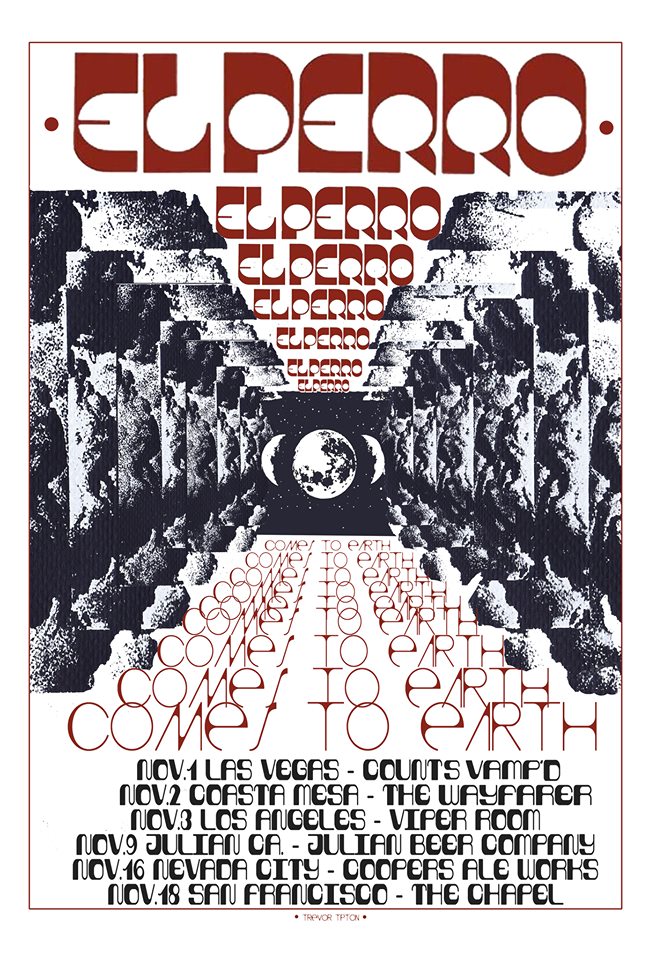 What are some of the most interesting records in your collection?

I’ve always considered Mad River’s first Lp (interview here) one of the most interesting and demented psychedelic masterpieces. No other album like it. Recently got this one by a guy called M. Frog that’s pretty ding dang bat shit crazy. I found a private press Lp by a guy named Jules Blattner that deserves way more love, don’t know how that slipped through the cracks. I really enjoy the Peter Kelley album “Dealin’ Blues” which has quite an interesting back story as well. I guess that wasn’t his real name and he was recording under a pseudonym while hiding from the law for being a big dealer to the Late sixties LA scene. He died shortly after. Hmmmm what else… Dynasty Crisis from France, recently got their first Lp. Goes from heavy psych to classical to pop all in the blink of an eye. Lots of crazy stuff out there… could keep going!

Is there an album that has profoundly effected you more than others?

All of Peter Green’s stuff for the most part. Especially the amazing “Bottoms up” jam on end of the game. First time I heard “Friday Night August 14” by Funkadelic was a life changing moment for me. As well as recently discovering The Undisputed Truth and Black Heat. First time I heard Blue Cheer “Vincibus Eruptum” back in the day was a game changer too. Along with Randy Holden’s “Population 2” (interview here). Quicksilver Messenger Service “Happy Trails” and 13th Floor Elevators “Easter Everywhere” (interview here) have always stuck close to me as well. The crazy New Zealand funk psych sound of bands like Ticket and Space Farm are standouts too.

I found a super rare “Magic Mushroom” (San Diego band) 45 for dirt cheap that’s really great garage rock stuff. I dunno lots of good finds through the years. For record nerds only haha but I found a signed album by Dick Wagner and the Frost (interview here) for next to nothing years ago that I was pretty stoked on. Not dollar bins but scored both Indian Summer and Tin House (interview here) original lps (plus many more) at a random antique/record store in Fargo, North Dakota on tour with Radio Moscow once. Think I bought about 20 lps from that spot.

And what are you spinning right now on your turntable?

Thanks for contribution to keeping good music alive Klemen / Psychedelic Baby! And thanks for thinking of El Perro. Hope to see ya in Europe in 2020 ❤️

Desert Daze and the High Desert