Volume 4: Influenza Forever is a heavy psych record loosely tied together through themes of fever dreams and purging. It deals with isolation, loosing touch, and self-doubt splayed out under a playful lens. Even though the subject matter can be dark at times, Super Snake is self-aware and never has a problem having fun throughout Influenza Forever. Its packed full of sexy rhythms, massive riffs, and surreal lyrics. Influenza Forever is the kind of trip that never overstays its welcome, but it’s the kind of trip that haunts you long after it’s over.

Influenza Forever is one of those records I will still be going on about when I’m telling my grandkids I played rock ‘n roll. It’s one of those things you do in life and you look back and you’re just like “Yeah, I’m cool with that.” The record came together so quickly. We lost both of our guitar players from our last LP, Leap of Love, and had to start from scratch twice. Seriously. Scratch. Twice. We had a whole record ready to go and then… BOOM, Joe left. Almost finished with a new record and then… SHIT Pete’s gone. Andy, my brother from Trophy Scars, joined the fold and zapped right to it. I think what makes this record so dynamic and intense was that it was written so quickly on the spot. We pretty much finished the Influenza sessions four months after Andy joined the band. The lyrical content really focuses on some fever dreams within waking reality. There was a lot going on in my life at the time and I turned to some of these darker, trippier modes I was experiencing. I focused on fleshing them out into half-dream narratives. I usually leave the emotional bullshit out of Super Snake but I thought the time was right to own up to being real and more personal. Maybe Super Snake does have a sensitive spot. One thing I can say for certain, it has changed my perspective moving forward. We are in the middle of writing the next one and it’s going to be even more of a trip. -Jerry Jones, vocals 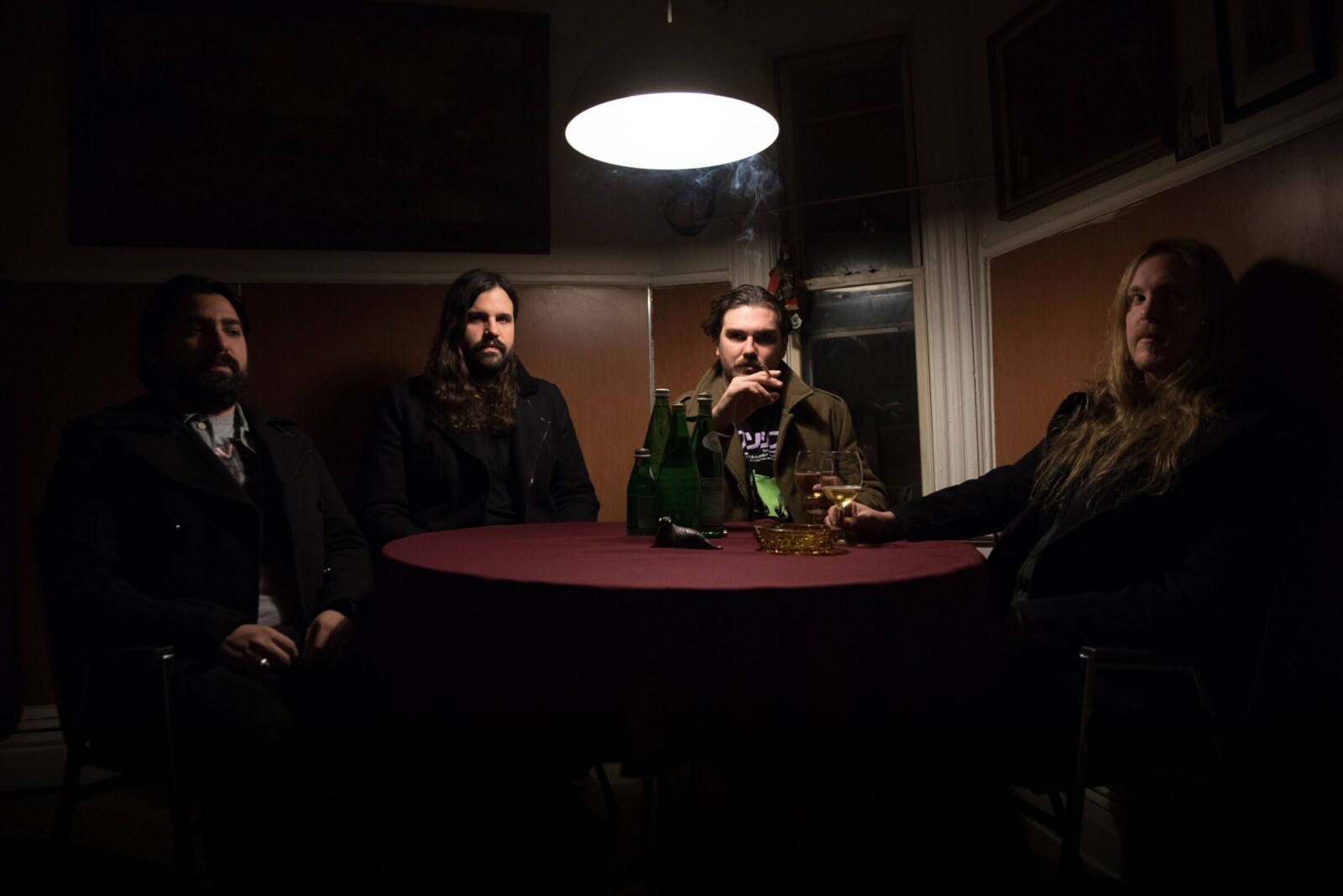