Paul Weller has had one of the most acclaimed careers of any British musical artist to emerge from the post-60’s scene.

Through the punk mod of The Jam, the soul jazz of the Style Council and 14 solo albums of varying sounds of music that draw from a myriad of influences and styles, Weller has earned his place in the musical hearts of England.

While Weller has never achieved a great deal of commercial success in America, at home he is revered as a musical institution. Always restless, Weller shed the trio setup of The Jam and then, after a handful of albums with collaborator Mick Talbot as the Style Council, went on to make solo albums with an ever-changing cast of musical collaborators. 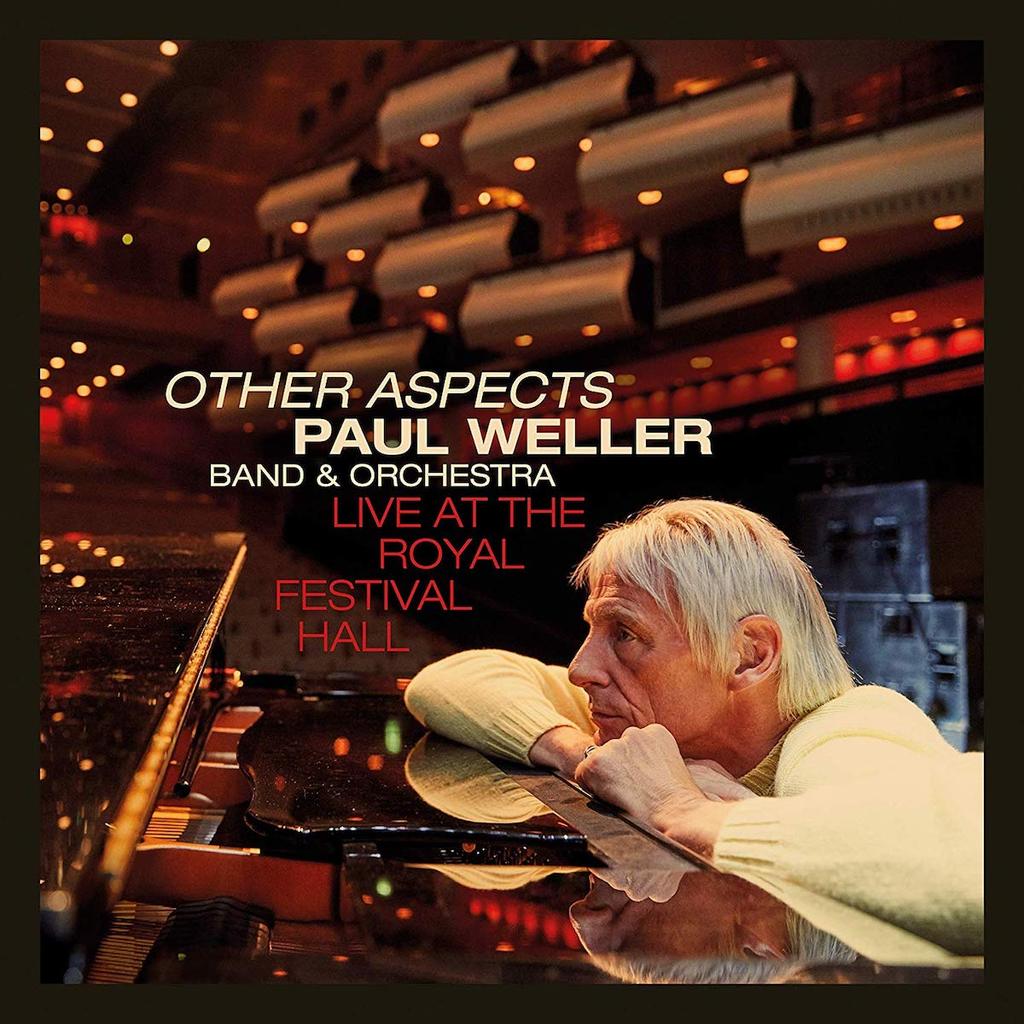 Now, in what must be considered the most reflective musical project of his career, Weller has released Other Aspects – Live at the Royal Festival Hall (Parlophone) on CD, vinyl and DVD. The concert features Weller’s band, the London Metropolitan Orchestra, a brass section and various guest backing vocalists. A special mention must be made for Hannah Peal, who did the orchestral arrangements and strikes the perfect balance of introducing new musical colorings to reinterpret Weller’s songs while never simply adding cloying, easy-listening strings that would have buried these mostly acoustic songs in sonic sludge. The film of the show was directed by Joe Connor.

Drawn from two shows in October of 2018 that marked Weller’s 60th birthday year, the album features mostly acoustic band interpretations of an eclectic cross-section of songs from his entire career with orchestral backing, and also lent support tp his latest solo album, the equally acoustic True Meanings.Eleven of the 14 songs of True Meanings are included here, with three from the Jam, two from the Style Council and the rest from his other solo years period.

While the Jam was one of the most ferocious and influential of the original English punk bands and Weller’s solo career has been filled with raucous and firey guitar rock, the emphasis here is on the beauty of his songs and his impassioned vocals.

It’s really difficult to pick out any standout tracks. Listening to or watching this entire concert is an incredibly moving experience and a testament to the sturdiness of Weller’s songs. While the early Jam and the latter Style Council were very much about a certain time and a certain sound or trend, songs from those groups stand up as well as his solo material, which has a more organic and timeless approach, eschewing specific styles. As for personal favorites, “Have You Ever Had It Blue” from his Style Council days, the title track of Wild Wood from the early solo catalog and another solo gem, “Amongst Butterflies,” reflect Weller’s deft and subtle melodic sense.

There is a three-album vinyl set (with the old Parlophone label in use, echoing Weller’s affection for the Beatles) that comes with a DVD and that would be the best way to enjoy this music.