Pushy started as a long-fantasized side project for Travis Clow of Crag Dweller and Adam Burke of Fellwoods. They wanted a band that’d make you want to light your bushes on fire/take your pants off/stop showering/give up on Dry January/put off your taxes/kiss random people/dig holes/throw away all your post punk records. Ron Wesley of Hosmanek, known throughout the land as the one and only love child of Peter Green and Billy Gibbons was destined to add his prowess and charm to the project, and Neal Munson of Billions and Billions finally provided the low down grease to make it all grind. Please crack open a cold one… well, several cold ones, and get down.

Who’s in Pushy and what do you all play? Have you all made any changes to the lineup since you started or is this the original lineup?

Ron: We had a different bass player for about the first year of the band’s existence but it wasn’t until Neal brought his unmatched musicianship into the group that Pushy became the band we are today.

Neal: Thanks, Ron. I suppose I do know how to get around on that thing. I joined up after the band had been around for about a year and begun to make a name for itself. Never met their first bassist and like to think of this version of the band similar to the MKII Deep Purple lineup. 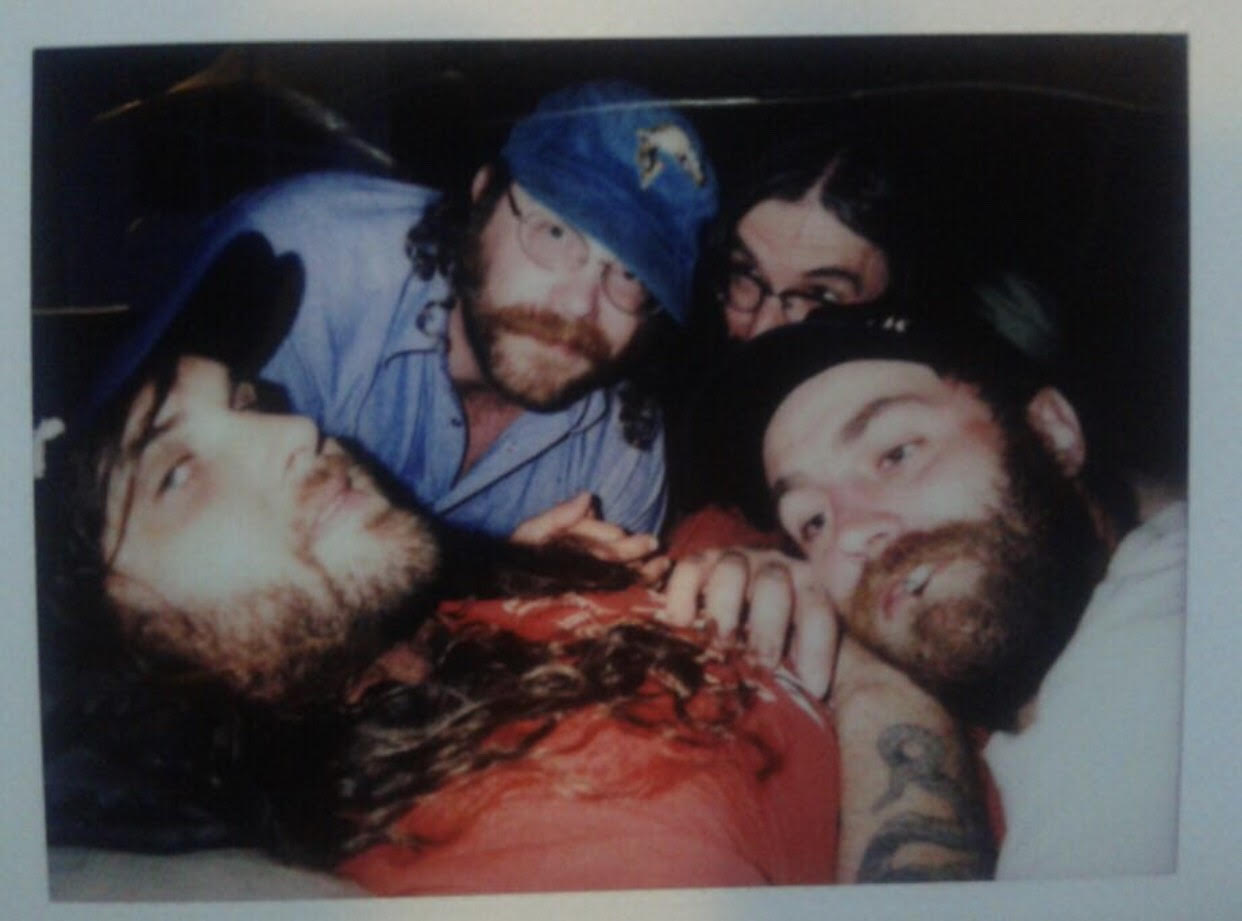 Ron: My parents listening to music when I was young. My mom likes the Beatles and Motown, my dad likes the Stones and Stax. I just absorbed it all riding around with them on errands and family outings. When I was a little older I started digging through their records. When I was about 12-13 years old a friend asked me to play in his band, and that was it, the fire was lit! I’ve been rockin’ ever since, it’s been a fun and wild ride!

Neal: Probably in the womb but those memories are a little hazy… Both of my parents loved music and my mother is a singer / songwriter who was belting out Joni Mitchell while I gestated. My dad had a most ripping vinyl collection of classics Ala Led Zep and Neil Young so that was definitely permeating my brain at an early age.

Ron: The Portland music scene is legendary. The Wipers, Dead Moon, Napalm Beach, and their contemporaries and more recently Danava and Red Fang, plus a gazillion other cool bands that have come and gone in the 20 years I’ve lived here. Even though Portland has experienced venue closures and musicians moving to other cities as more people and money have moved in, the scene still seems healthy to me. On any given night in just about every corner of the city you can find music of some variety being performed live. I’d say Pushy is definitely involved in the scene. We play in Portland pretty often and we help get touring bands booked to play in town as well.

Neal: Our local Portland scene has ebbed and flowed since I moved here 13 years ago and lately it’s really flowing! Lots of great heavy rock bands like Danava and R.I.P., some world class metal of all varieties and a ton of genre bending experimental music. On top of some fantastic bands in town there are a bunch of great shows most nights of the week. Touring bands seem to love coming through and we have been fortunate to play some truly awesome bills.

What does the name “Pushy” refer to in the context of the band name? Who came up with and how did you go about choosing it?

Ron: Travis came up with the name. I didn’t like it at first. But one night after a long fruitful jam session and much whiskey Travis convinced me it was the perfect name for our band. The music we make is Pushy. The songs come out of us through our instruments and strut around the room.

Neal: They came up with the name before I was in the band, I hear tell of a legendary hot dog eating contest with the winner picking the name.

Ron: Totally collaborative. Usually the germ of a song gets brought in, sometimes just a guitar riff or bass line, sometimes something a little more fleshed out, sometimes Travis has a beat and he’ll sing us a tune he hears over it and we’ll try to pick it out. Once we get a rough outline together we begin the slow and painstaking task of sculpting it into a song.

Neal: Different for every song, sometimes meticulous and labored and sometimes it just clicks right away. Mostly depends on how many beers have been drank and how much there is to talk about! We love to shoot the breeze about s much as we love to rock. 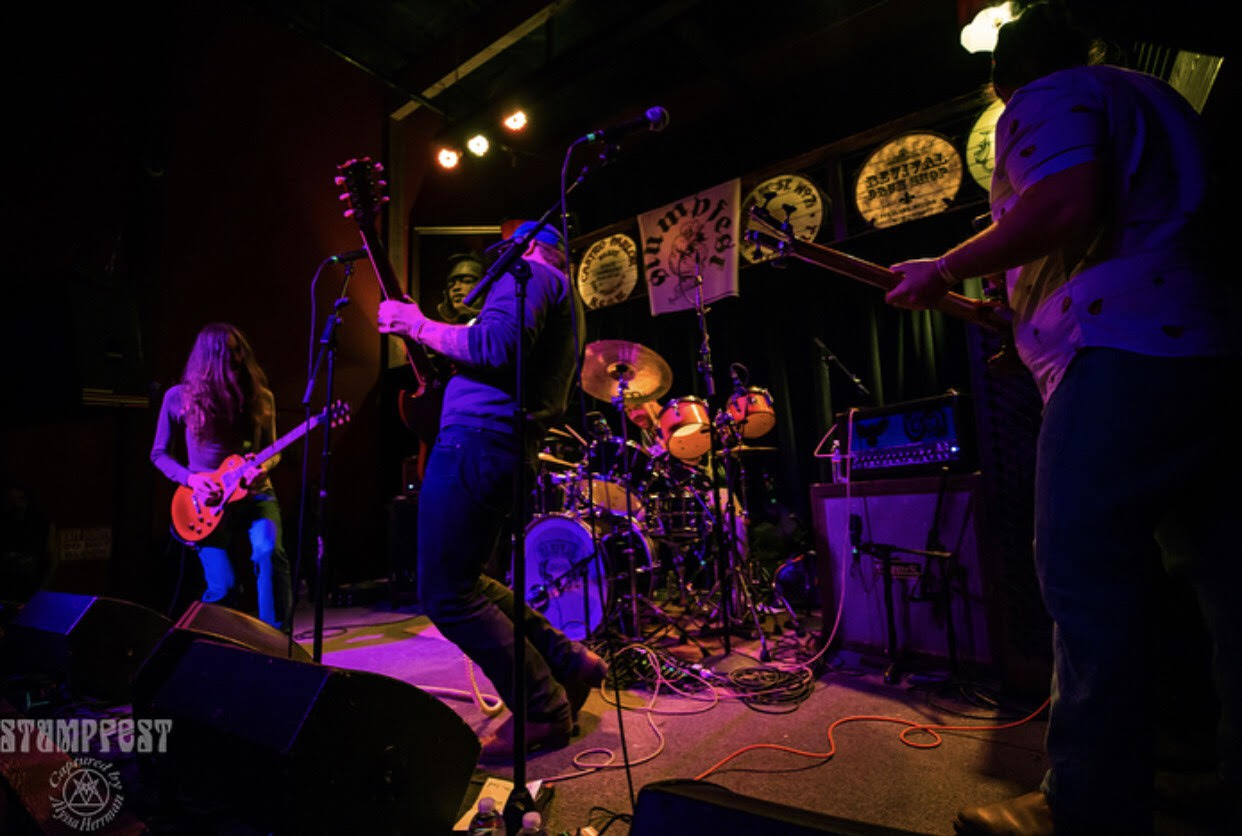 “It was about creating for the love of the music and building a community around individual freedom and true expression.”

Ron: Coming up in the ‘90s Punk/DIY scene was a huge influence on me personally, musically, and politically. The scene thrived outside of mainstream society’s demands of doing it for money and fame. It was about creating for the love of the music and building a community around individual freedom and true expression. Also, I simply love to play guitar. The instrument itself inspires me to play, learn and create. I feel more myself with a guitar in my hands than without.

Neal: I grew up in the underground punk, metal and hardcore scene and learned that music isn’t meaningful unless it has a certain intensity to it, be it volume, songcraft, dynamics, whatever. It’s hard to imbue a song with that certain something that is going to help it better land in the ears of an audience but I think we do a damn good job of it.

Can you share details how your album Hard Wish was recorded and released?

Ron: We recorded the album with Will Klintberg, our good friend and singer/guitar slinger extraordinaire of the most kick ass band in Seattle, Donzis. We tracked the songs live in one session in Will’s basement studio. The album was released through Who Can You Trust? Records from Germany. We enjoy working with Chris who has been a great and enthusiastic supporter of Pushy. 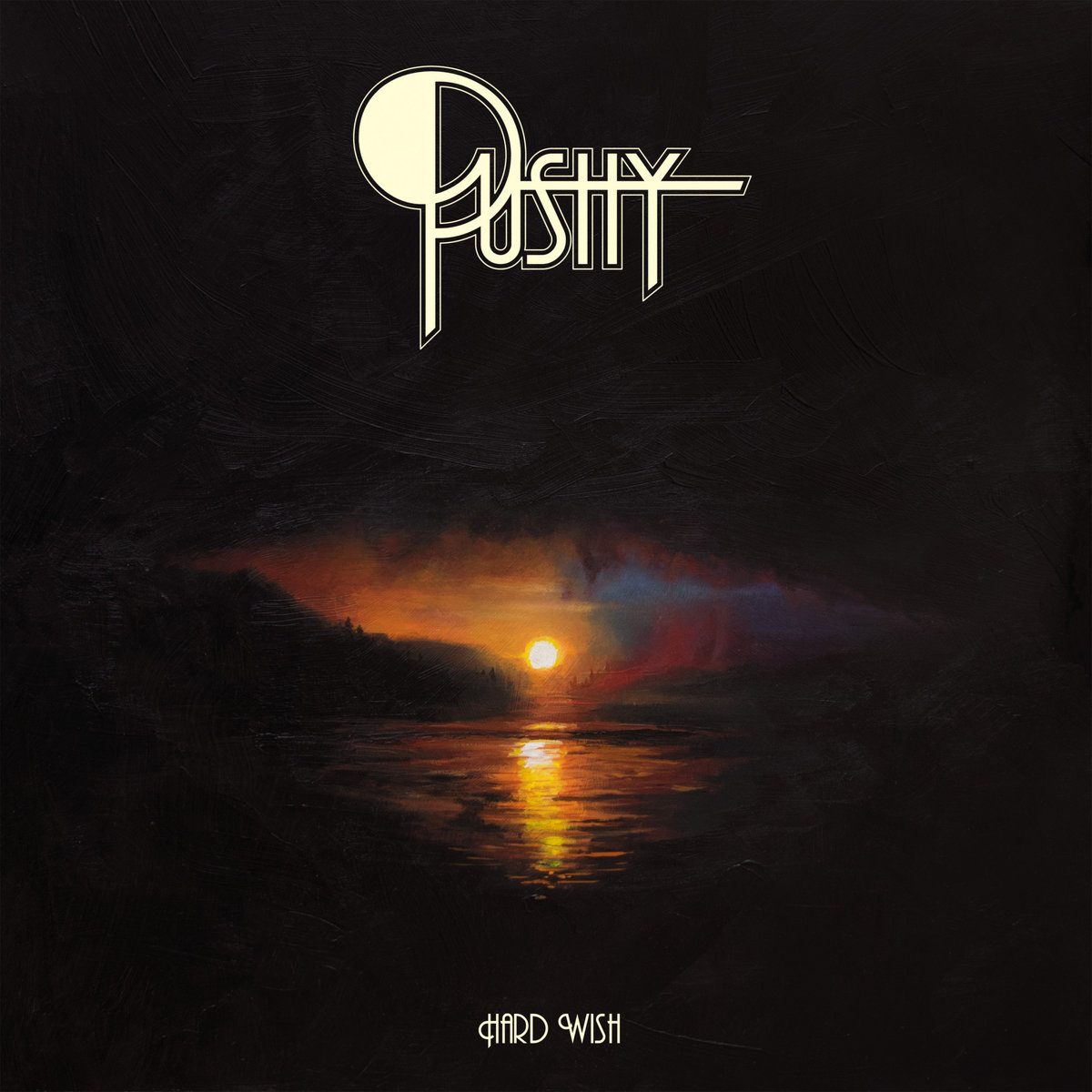 Neal: We had been playing the entire album out for some time and were able to track 95% of it live in one day with minimal overdubs, going back to add some little flourishes here and there.

There’s also another really cool split release on Who Can You Trust? Records with Ragged Barracudas.

Ron: We recorded that with our buddy Greg Odell here in Portland. Another live session in a basement studio. Couple of our favorites to play on that one, Salem Man and our cover of the Meters ‘I Need More Time’.

Neal: That was a fun session, only a few months after I joined the band! We hung out in Greg Odell’s Cat Piss Studios for a day and put a bunch of songs on tape. It was a great experience, Greg is a great guy to work with. The Ragged Barracudas side is Chris our label owner’s group, they do ultra blown out dirgey garage rock including a Dead Moon cover. Can’t wait to get over to Germany and play with them! 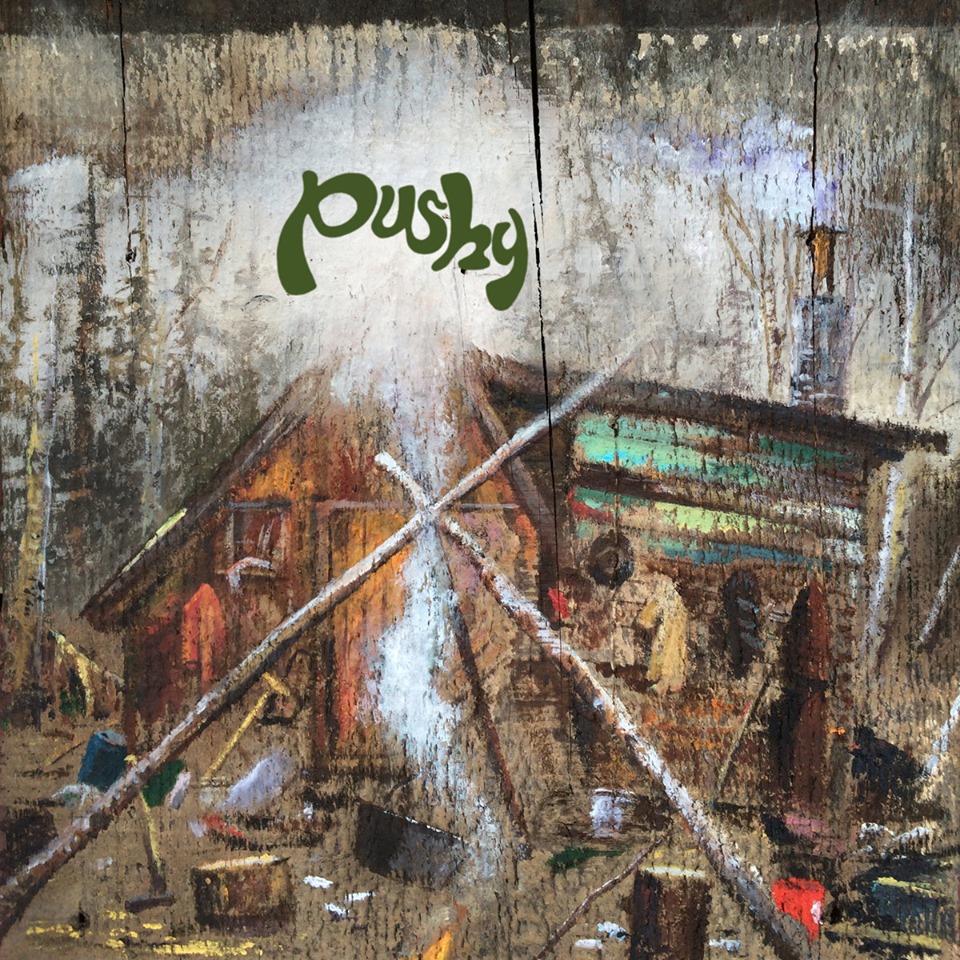 Ron: We send it to Dan Randall of Mammoth Sound Mastering. He makes it sound incredible every time.

Neal: Dan is the best! He’s an old friend of mine from high school and does such a killer job with any genre. He comes from a punk and hardcore background and really understood the live feel we were trying to convey with the LP. Oftentimes bands can sound super slick on a recording and then totally fall flat live, we have been striving for the opposite and Dan is integral in this process. 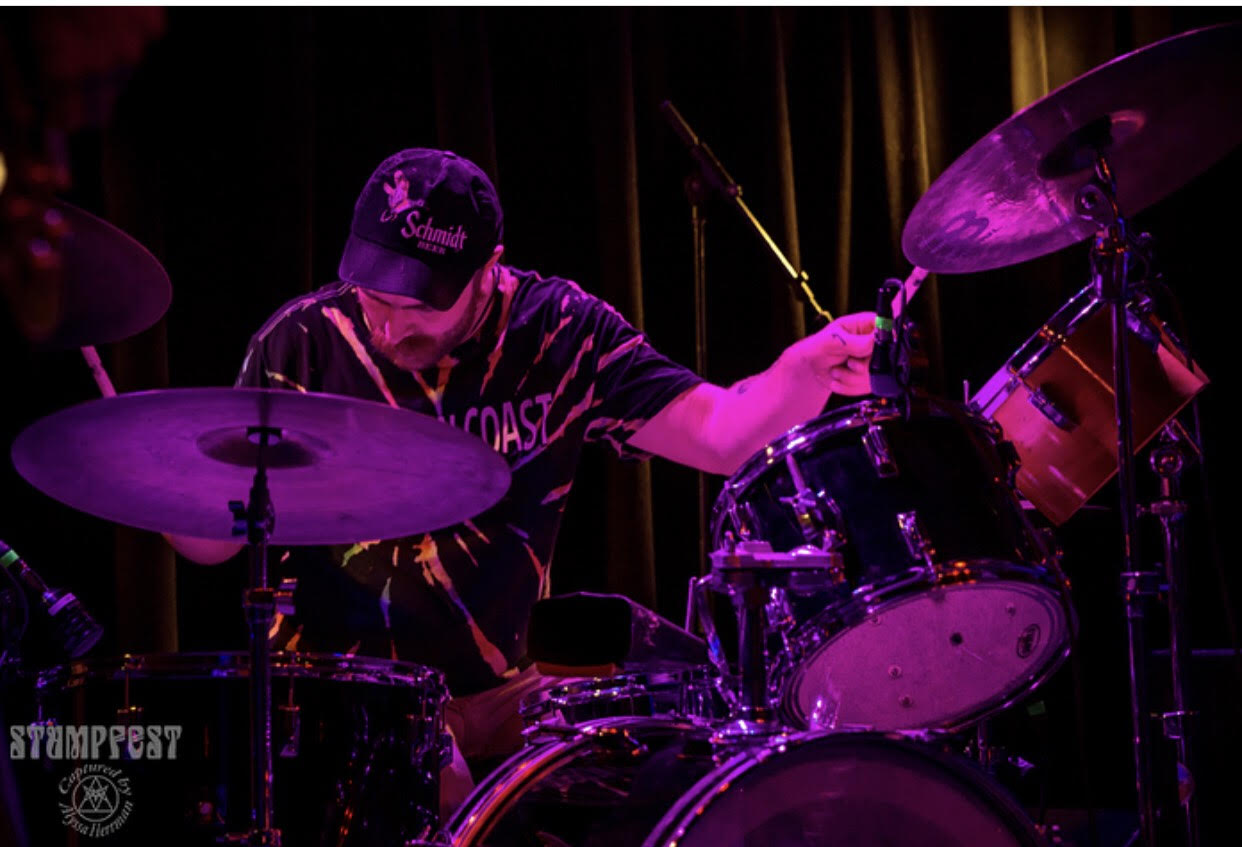 Is there any other material available?

Ron: An early recording of ‘I’ll Be Gentle’ was included on Vol. 4 of the Sweet Times 7” compilation put out by Who Can You Trust?. Two other tracks from that BBQ/Pool party, 4-track cassette session are available for download from our bandcamp page. 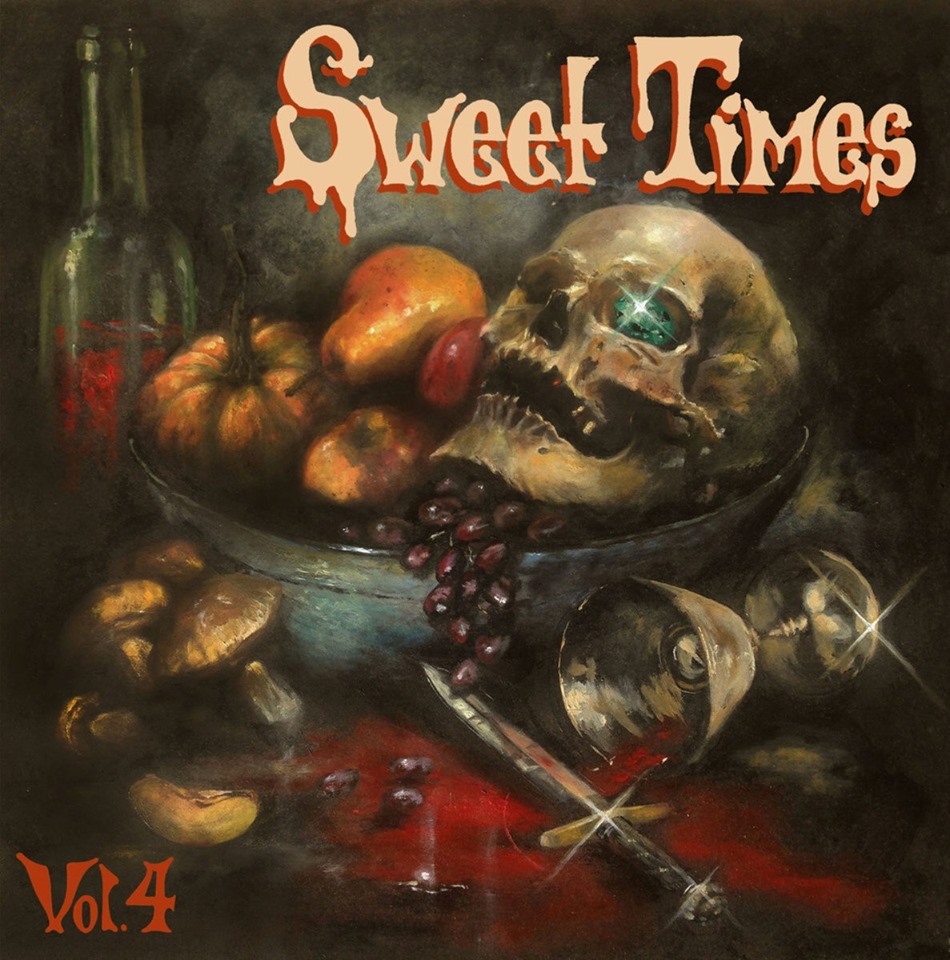 Neal: Well on the way to finishing the writing process for our second LP, a short west coast tour with Hot Lunch in October, some short regional tours to Colorado and Texas, maybe Mexico. We’d love to hit Europe at some point, if anyone is interested in bringing us over get in touch at sopushy@gmail.com 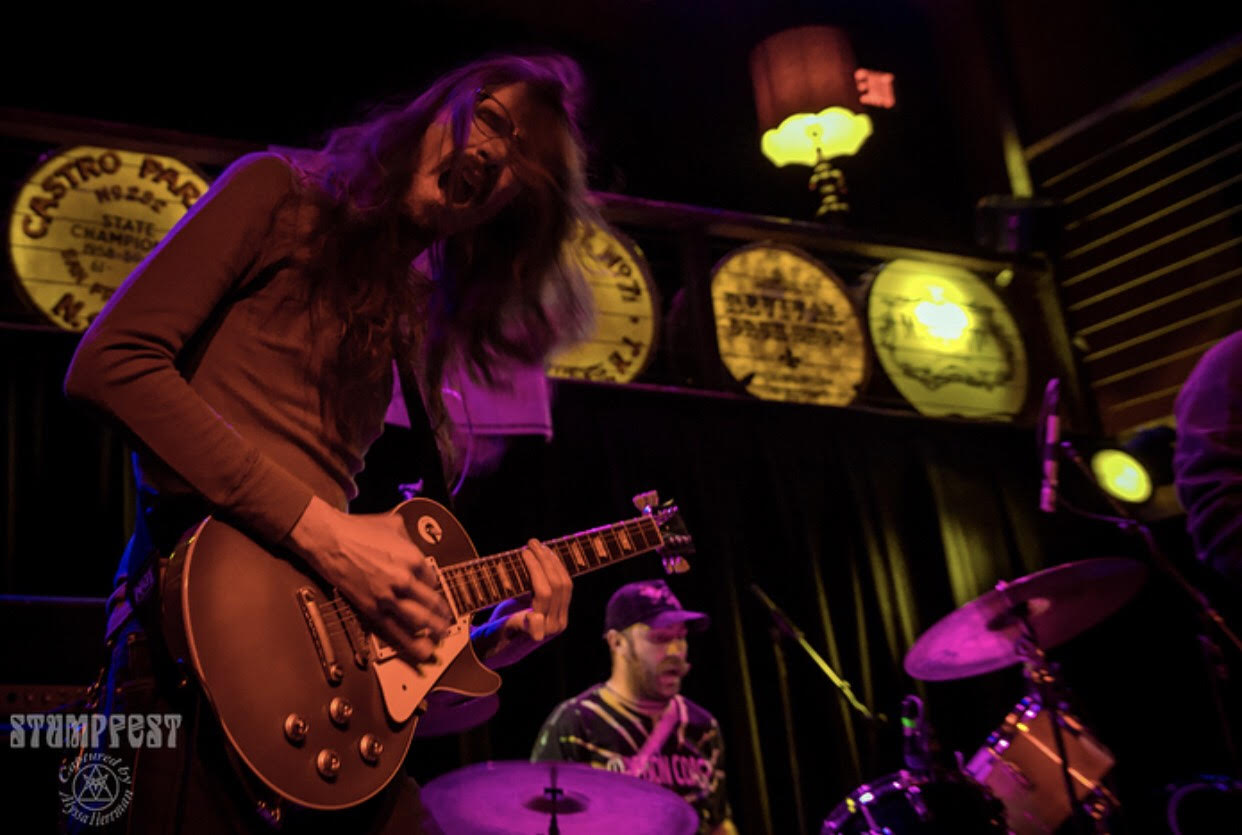 Neal: just about anything by the Grateful Dead

Ron: Thank you, and thanks to everyone who digs the music, has come out to see us, to all the bands we’ve played with and to all who’ve helped us out along the way.