‘Kaleidoscope Eyes’ by The Black Wizards

‘Kaleidoscope Eyes’ by The Black Wizards

Born in the digital era, Portuguese rock talents The Black Wizards enthrall with an analogue and unique sound of fuzzadelic grooves. Drinking from the same fountains as many of the contemporary bands around, The Black Wizards give a new twist on previously heard tunes and stamp their own personality. The band exploded on the scene in late 2015 with their debut Lake of Fire, followed by the Fuzzadelic– EP, the sophomore critically acclaimed album What the Fuzz! and numerous tour dates and festival appearances all over Europe. Their live performances are known for being an intense explosion of emotions with lots of soul and of course, a heavy fuzz.

Today the band is sharing with us their brand new video to the psychedelic juggernaut “Kaleidoscope”, taken from The Black Wizard’s upcoming album, Reflections!

“‘Kaleidoscope Eyes’ is one of my favorites songs from this record.” Guitarist and vocalist Joana Brito comments. “It’s a psychedelic floating dream song with a very up-bright vibe. For the video, we had the idea of having eyes on it and we did some experiences with Lugatte’s lens and it worked out, so we thought that maybe we could do it ourselves and take it as a new challenge. So then we did it all by ourselves, from capture to edition and it was quite fast but we are proud that we could do it and capture the same nice vibe that you have in the song to the video, we think it fits very well.” 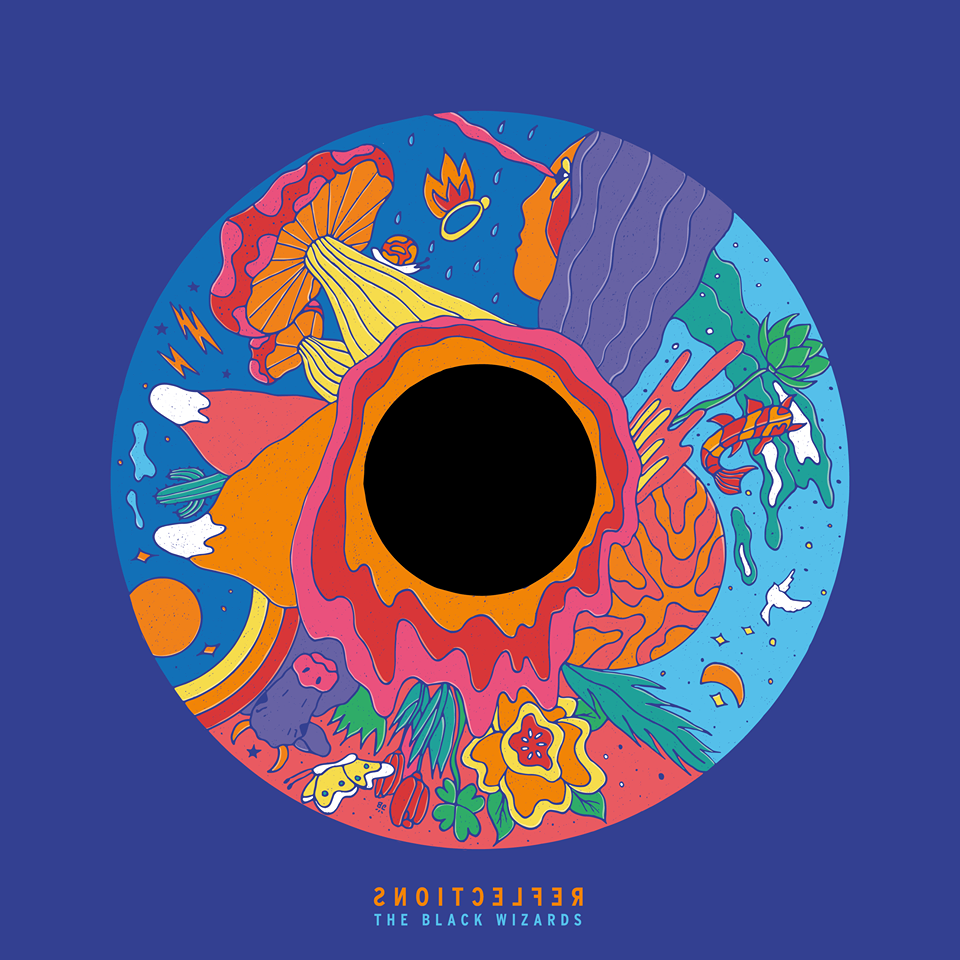 The Black Wizards have grown in their sound, they have upped their ante with sonic experimentation without ever losing sight of the core roots having their feet on the ground. The band has learned and achieved a lot, and the time has finally come to present the hotly anticipated, third album: Reflections is like a sunny day and fresh breeze of groovy beats and psychedelia, swaying between sweet moments and massive fuzz deliriums. This record is here to prove more than ever, The Black Wizards are one of the most prolific and promising bands around! Reflections is set to be released August 23rd on Vinyl with Kozmic Artifactz and on CD plus Vinyl with Raging Planet (including a deluxe edition with a 7”inch Vinyl outakes)!