Brighton’s Wax Machine have been gaining attention for their melodic Jazzy Psych Rock offerings over the last few years, cementing their reputation with a tight live show which will see them supporting Japan Psych rockers Kikagaku Moyo, on tour this August in the UK and Germany.

Producer Wyndham Earl, who in the past has worked with Khruangbin and Bonobo, remixes Psych Rock group Wax Machine’s Interlude track from their Mind Palace EP, extending it into a cross continental Psych-Funk journey! A track of two halves, the remix retains the 60s-vibe of the original but reworks the flute-led Eastern-Funk flavoured groove, emphasising the head-nod factor of the original. The track suddenly ramps up a notch as the band jump into a latin-rock version of the groove, the remix with heavy breakbeat drums breaking to a latin-funk drum and percussion workout, climaxing with fuzz guitar joining the groove for a final ecstatic round. 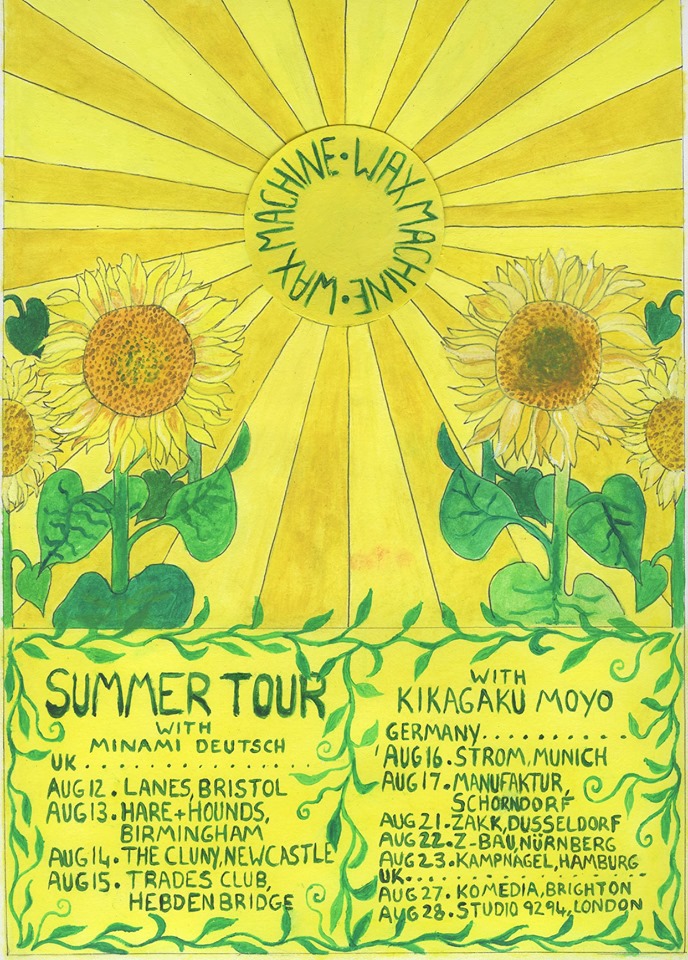