The California psychonauts expand to a quintet with the return of Anthony Taibi and Michael Dieter who reinstate their trademark expansive space rock sound. Dieter’s synths are particularly impressive, producing a more kosmische krautrock vibe on tracks like ‘O Captain’.

The title track is a kitchen sink of abrasive sounds that batter the brain from all directions with its Hawkwindish metallic crunch, but ‘Spirit of St. Louis’ is more organic and percussive, like a tribal dance ignited by a few rounds of a heady Ayahuasca brew. 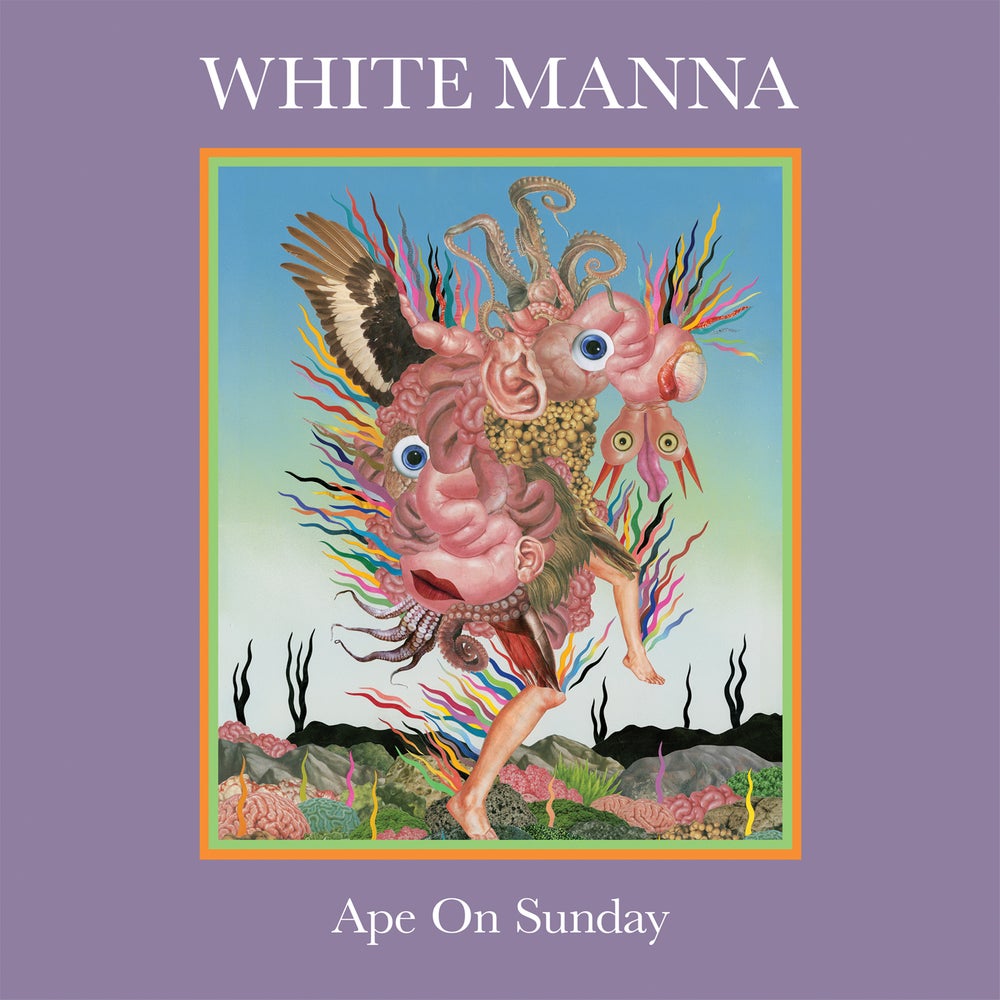 ‘O Captain’ slows things down for some serious navel gazing and disembodied chanting, which continues throughout the eerie ‘Night In Lisbon’, which feels like the soundtrack to some dark, metallic séance. And considering their California background, ‘Zodiak Spree’ can mean only one thing and its encroaching Blair Witch Project vibe envelops the listener like an ephemeral atmospheric soundscape from outer space. Closer ‘More More More’ returns to stoner vibes and cacophonous atmospherics and sound effects in a sort of Satanic Majesties’ Third Request to let your freak flag fly.

‘Ape On Sunday’ by White Manna