Timothy Eerie, in this dimension, is an insightfully romantically tripped out musician who opened his digs, mind and heart to me, where I felt as if I’d stepped back in time, into a psychedelic poster clad space of oriental carpets, Indian tapestries, low lighted and deeply comfortable.

Jenell: Timothy, I wanna thank you for sitting down with me tonight. You must be very excited about the new album, what’s the date of its release?

Timothy: We just released the physical record on May 11th. It comes out on streaming services on May 29th.

Jenell: There’s a lot to explore here, both musically and intellectually. This is an acid based musical experience of the most gentle kind, my first question (laughing) would be, why wasn’t it taken a step further and released on Bicycle Day, and what is the ‘ritual’ implied by the title?

Timothy: I was planning on releasing it on Bicycle Day but the records weren’t finished on time! Hopefully we’ll have a new release ready for next Bicycle Day. The title ‘Ritual’ is a reference to the tracks Ritual #3 – 6. They’re meant to be meditative breaks in between the more structured songs on the album. I want to bring back the ceremonial aspect of experience of listening to music from our ancient past.

Jenell: You’re touted as being a one man creative process. Your music is entirely bubbly and couch-bound, was it easy to maintain that rolling musical pace yet still sonically move your ideas ahead?

Timothy: I’m open to any process that yields a positive outcome. I really like working by myself on music. It’s such a personal experience. I recorded 90% of the songs alone in bedrooms and living room studios. I think it would be really strange to produce a record amongst a group of commercial studio techs & workers so I do it alone for the most part. Mike Scitney played drums on most of the tracks & there were some other guest appearances though.

Jenell: Are you a classically trained musician? And how does the solitary process unfold for you, are you adept at most instruments?

Timothy: I took guitar lessons as a little kid but I’m pretty much self taught on all the other instruments. If it makes noise, odds are I can pick it up and play it. I don’t consider myself a technical musician though. I’m more interested in expression and song writing than masturbatory solos.

Jenell: Your effects were held in check and to a minimum, of those that you did employ, for my tech-heads, what were those pedals and effects?

Timothy: I use a lot of the basics but I tend to double up. 2 reverb pedals and 2 delay pedals. I’m thinking about stacking a 3rd of each. My favorite fuzz is an Acetone fuzz pedal from the ’60’s which I used on my ‘It’s Always The Same’ EP. 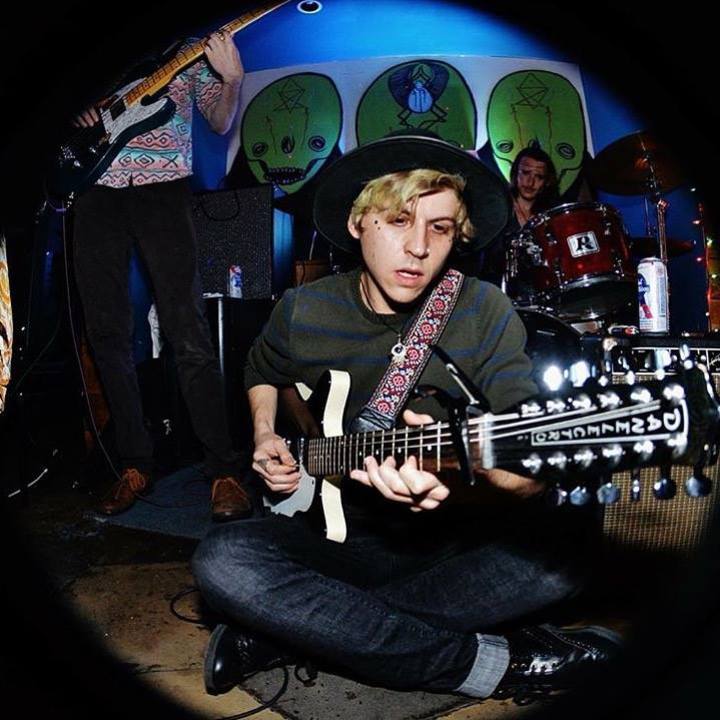 Jenell: With the album put to bed, are there any effects or instruments you like to bring to the table in the future?

Timothy: Yeah! I want to bring more piano into my music. So much of The Beatles music was piano driven & I don’t think I’ve tapped into that force quite enough. Organ and synth are going to be more prominent too. I really love the sound of bells and xylophones. We’re working on ways to incorporate more samples & loops into the live show and on the records. I’m still trying to dial in my signature vocal effect sound. I’m really fond of John Lennon’s vocal treatment in the early 70’s.

“Our live show is a completely different experience from the record.”

Jenell: Do your live shows differ from the album at all? Do you maintain a script while playing live or do you feel free to expand in that setting?

Timothy: Our live show is a completely different experience from the record. I can’t explain it. There is an energy that exists (or sometimes doesn’t) in a room with other people that is hard to capture on a record. I feed off of the mood. When it’s alive it’s fucking alive.

Jenell: What makes for both a good and intelligent psych song for you?

Jenell: To that end, who’s on your turntable right now?

Timothy: Lot’s of John Lennon and anything that Jonathan Rado has been cranking out lately.

Jenell: Of course, speaking of turntables, that brings me to your vinyl product, would you speak for a moment on the colours?

Timothy: We decided to 3 different color options. Half of the vinyl is yellow and half is blue. Both have smokey black swirls. We also produced a limited amount of multi color swirl vinyl but they sold out within minutes of the release. 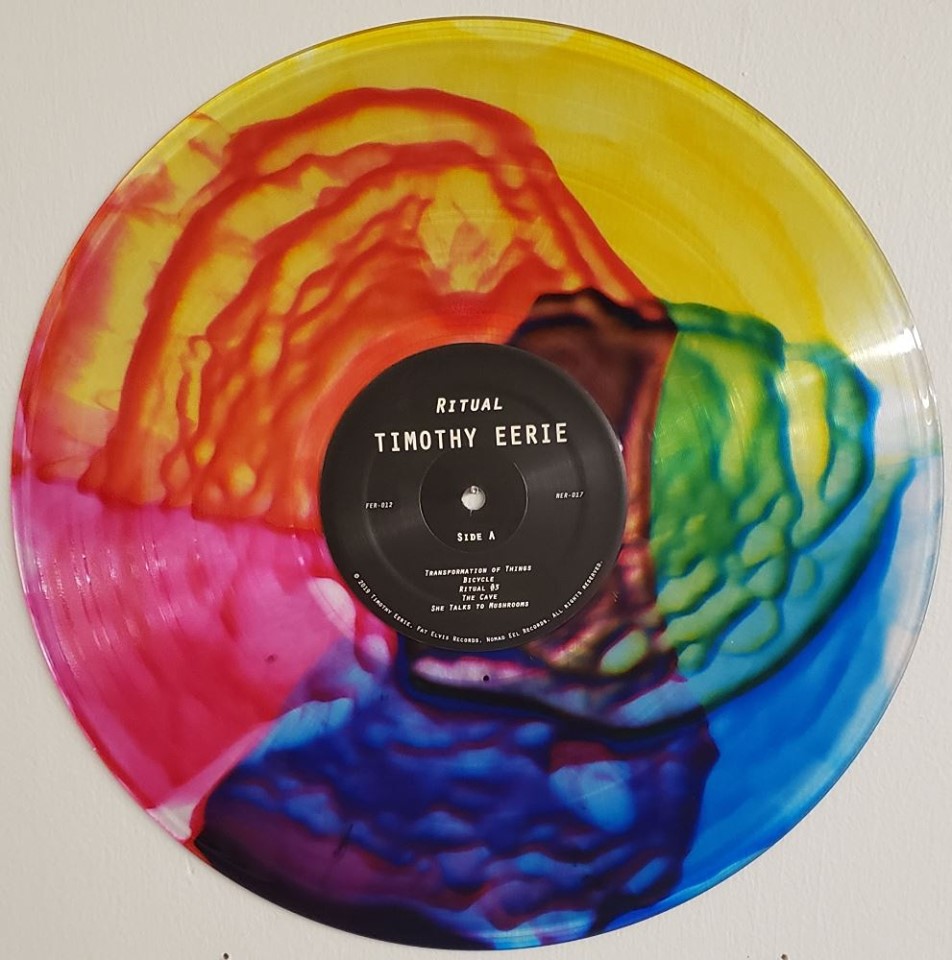 Jenell: “Ritual” is quite controlled, yet sounds both expansive and immersive, how do you manage to keep things from far too easily moving in too many directions at once?

Timothy: Thanks! I think psych music is supposed to be all over that place. My songs vary but always have an undeniable Timothy Eerie moment that sort of ties everything in together.

Jenell: Is your music set in stone by the time you record, or are you continually tweaking ideas?

Timothy: I’m definitely a tweaker (haha). Even after recording and releasing a song there’s still room for changes when we go to play it live. Songs are living beings and they wiggle and breathe and change over time.

Jenell: Are you a perfectionist? And on that note, what’s your writing process like, does the music follow your lyrics, vice versa, or in your case do you have a theme or concept you’re attempting to being forth from the outset?

Timothy: I work like a perfectionist that doesn’t believe in perfection. I almost always write the music before the words. Apparently Tom Petty had a similar process. He played some chords and hummed verbal nonsense until he found a melody. Then he would write words to fit the melody. That’s what I do. I don’t really have any firm concept that I’m trying to bring forth but of course everything I write or say inevitably comes from my own unconscious & is therefore authentically me.

“Acid has influenced me in ways I can’t even begin to uncover.”

Jenell: Of course you do know that I’ve got to go here? Having tripped well over fifty times, first doing lysergic back in the 60’s when it was legal and have been forever-after. How has acid influenced your music, your vision of sound and the need to bring this album into being?

Timothy: It’s hard to put into words. Acid has influenced me in ways I can’t even begin to uncover. It’s sewn into my existence. I probably make music because of magic I’ve experience listening to other people’s music in altered states of consciousness. It’s the best. I want other people to experience it so I make music to facilitate the experience of pure ecstasy while on drugs.

Timothy: I love micro dosing while recording. That’s when magic happens. I don’t dose heavily when I’m writing or rehearsing. If I’m high I lose my sense of ego and I forget what ‘I’ sound like. I find ego to be very useful when writing my music so I try not to let it stray too far.

Jenell: There’s not a weak song on the album, so let me ask you about “Bicycle.” It feels entirely otherworldly, complete and emancipating, incorporating just enough and no more than was needed.

Timothy: I’m super happy with how that one turned out. It was a blast to write and record.

Jenell: “Yeah Baby Alright” is the most straight ahead rocker on the album, is perfectly situated, yet even that song drifts off like an exhaled breath, then there’s “Lick,” which just bounces along like a simmering tea-pot … would you speak to those numbers for a moment?

Timothy: “Yeah Baby Alright” is a good example of a song that’s changed since we released it. We’ve souped it up quite a bit for the live shows. It’s a fun simple tune. I recorded Lick while living at an artist hostel in Austin. Another simple tune that I’m really happy with.

Jenell: Your material seems to have actual age to it, as if it were recently discovered in some half-forgotten vault, yet that being said, it’s all totally new and vibrant.

Timothy: Thanks! I don’t want to get too caught up with sounding too vintage or too modern.

Jenell: With your style of writing, referencing your building process, is it possible to get too dense?

Timothy: ? (With a puzzled expression, I knew that Timothy’s music could not get too dense.)

Jenell: Your vocals don’t stand in juxtaposition to the music, but seem to be enveloped by it … your music seems to be a comfortable place to live. Was this an easy aspect to come by?

Timothy: Not really. It took me a long time to get comfortable with my own voice. I’m still not fully comfortable. My voice is sort of airy and delicate but I’ve been told it complements the music so I guess something is working.

Jenell: With your dreams coming true, what guitar would you like to be holding in your hands?

Timothy: I would love another Gibson SG. That’s the only guitar I own but I love it. An old Fender Mustang would be lovely. 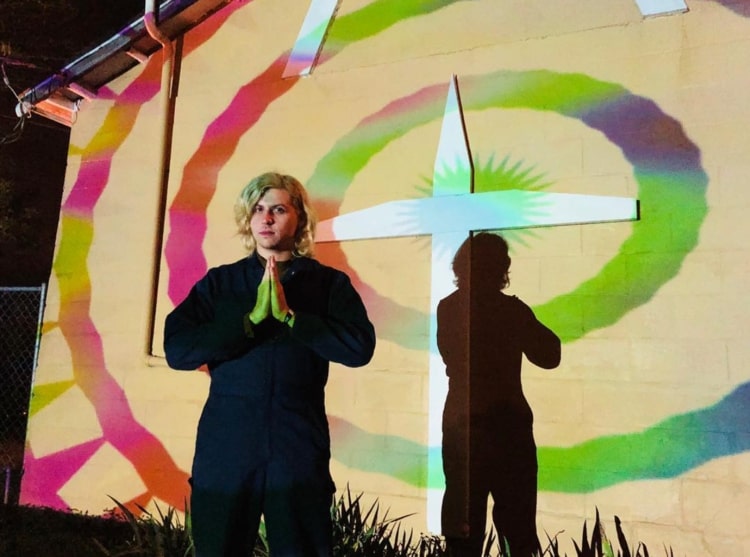 Jenell: How long did it take for “Ritual” to be completed? I realize songs such as “She Talks to Mushrooms” and “Sold My Sunshine” seem rather simple and upfront, though I can’t imagine that they was an easy song to bring into fruition.

Timothy: It took a pretty long time. Some of those songs have been clanking around in my brain for literally years. The actual writing and recording process took over a year. That doesn’t include the months it took to find the labels and press the vinyl.

Jenell: Again, thanks for making time for me. First I want to give a shoutout to Fat Elvis Records, then ask where can folks find you on the worldwide web, purchase your vinyl or download your music.