Peter Giger is an exceptional figure in jazz and experimental music. His career started in the late 1950s and continued through the psychedelic 1960s and 1970s. He was part of countless projects ranging from modern jazz to psychedelic rock music.

One of the most intriguing project was definitely Dzyan and Drum Circus. In the 1970s he joined famous Albert Mangelsdorff Quintet. In 1977 he started his own project, the Family of Percussion, a percussion-only quartet, along with Trilok Gurtu, Doug Hammond and Tom Nicholas. Peter Giger is also a painter and a writer. ‘The Art Of The Rhythm’ is an in-depth book about the subject of percussion. He also worked as a lecturer and musicologist and co-founded several modern music schools (Bern, Frankfurt, Darmstadt) and worked 12 years at the conservatory of music in Cologne. His influences reached various of highly acclaimed musicians including Bill Bruford, who thinks Giger is revolutionary! Giger’s discography is remarkable. His name appeared with: Tremble Kids, Alice Babs & Duke Ellington, Claude Bolling Sextet, Oscar Klein Dixie, Albert Nicholas, Ben Webster & Teddy Wilson, Four for Jazz & Benny Bailey, Drum Circus, Albert Mangelsdorff Quintet, Dzyan, Eberhard Weber, Volker Kriegel & Spectrum, Lenz-Marron, Jan Fryderik Creative Sound, Papa Oyeah Makenzie, Four for Jazz and his own project Family Of Percussion, founded in 1977.

You were born in Zurich. At what age did you begin playing music and what were the first instruments that you played?

At the age of eight I learned to drum the basic rudiments in a boys marching band in Bern. After six months of practicing on wooden benches my brother and I finally got a small marching drum. My elder brother and I had to enter an orphanage in Thun. There I played mouth harp and later back in Bern the accordion, did some piano lessons and with fifteen NO-Jazz, with cornet and drums.

How did you decide for drumming?

The truth is that I was playing cornet in a band with a very week drummer. My colleagues literally forced me to take over the drums and since I even slept with my Holton Cornet I was sad to exchange it with a snare-drum. So I played drums just to please my friends.

Were any of your family members a musician?

My mother sang beautifully and my brother (clarinet, sax) pushed me into bands.

What records were you listening back then?

Bechet, Armstrong, Dodds Brothers, King Oliver, J.R. Morton, Lunceford, Ellington, Basie, Garner, Parker, Gillespie, Tristano, Konitz, West Coast to name a few. We were so hungry to listen to all we could get.

What was your first music group?

There is nothing recorded from my time being an amateur musician. With 19, and to my big surprise (I was ready to study painting), I was invited by the top international Dixieland Band ‘Tremble Kids’ and recorded the same year in 1958 two LPs. A Night in the Hi-Fi Studio (Columbia LP 1958) in Zurich and in Vienna The Tremble Kids Monday date in Vienna featuring Wild Bill Davison (Electrola LP 1958).

You were involved with variety of different groups. One short lived group was called Drum Circus. The group included Joel Vandroogenbroeck of Brainticket (interview here), Gerd Dudek from Globe Unity Orchestra, and Marc Hellman of Lost Peace among others.

It was the time when the liberating Free Jazz came up and I tried to bind it in my musical experience with ‘Magic Theatre’, a composition written with music and graphics on a huge sheet. Also each member contributed compositions and they came out in a quite similar spirit.

How long were you together? Did you perform live?

It was not a year I think and we had not even a handful of gigs in Switzerland and Austria. At the same time we all worked in other bands, I was with ‘Four For Jazz’.

“With the hard drugs, you must quickly find the point when to leave them, but carry along their deep messages.”

You also had a monumental part in Dzyan, another mind expanding project. The atmosphere of Dzyan records is very ‘psychedelic’. Were you experimenting with any psychoactive substances?

Certainly. Psychedelics enlarge many ways and also the perception. With the hard drugs, you must quickly find the point when to leave them but carry along their deep messages. To me it has changed neither imagination nor intelligence; it hopefully enlarged them like for instance my travels did.

Can you elaborate on the formation of the band Dzyan?

The name is taken from ancient Tibetan text. I have a great respect and interest in spirituality, but more like a spectator or in self-meditation.

What influenced you at the time? 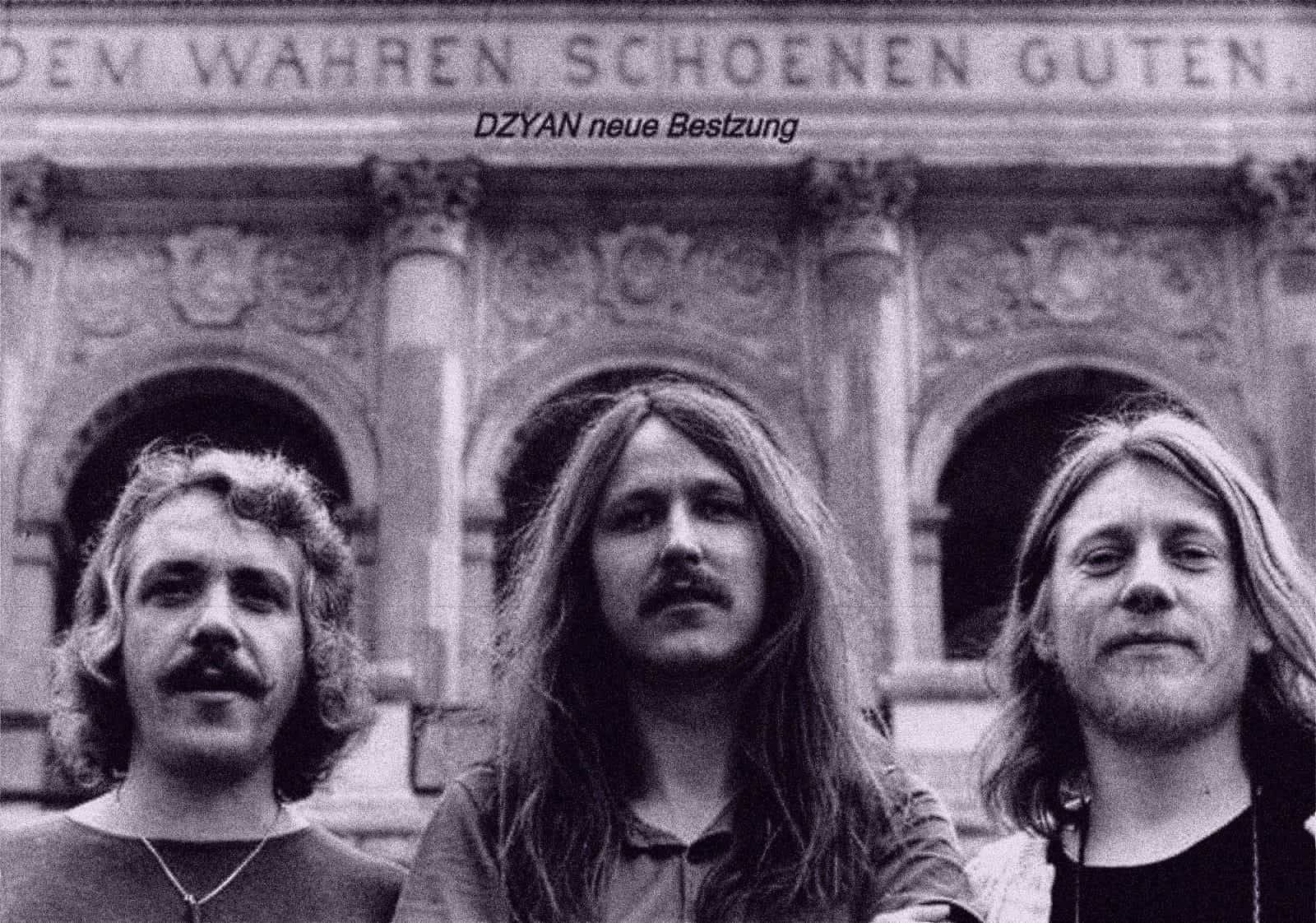 Yes in Germany, Austria and Switzerland.

What other bands shared stages with you?

So you were pretty well known?

Quasi unknown and drowned in the mass of productions with experimental music.

Please share your recollections of the sessions you had with Dzyan. What were the influences and inspirations for the songs recorded?

Initially Eddy (Marron) and Reinhard (Karwatky), with musicians from Darmstadt, had a contract and already recorded with “Bellaphone” a Rock type album under this name. Both fervent Mahavishnu and Jazz fans, they asked me to collaborate for a new album and there started a melt of fruitful exchanges of ideas in many rehearsals.

You’ve been very involved after Dzyan.

During and after Dzyan I mainly worked with Albert Mangelsdorff all over Europe, also toured in a few African, Asian, Arabian and most South American states.

I am living by myself away from the music scene alone in beautiful Ticino. Free of pressure and in very good conditions. So I take care of my daily needs and work on several projects just as it comes.

What does improvisation mean to you and to your perception?

When one plays (speaks) spontaneously in the rules of music.

Yes, but mostly on unusable carriers.

A comparison in music: A front singer and a choir. Personally I missed the communication very much, when occasionally playing solo gigs.

Collecting skin-on-skin drums and working on a systematic finger-technique since three years.

After I had learned a lot from my ideals and how to read music in Paris, my returning to Switzerland and Germany three years later was sort of coming into no man’s land, filled with myths about timing and rhythm. My interest and overview in the development of drum-set playing never stopped and as an extrovert character I started to teach and write about rhythm and drumming.

“The art to compose and interact collectively.”

The art to compose and interact collectively – in a highly disciplined manner. The usually concrete played rhythm is here more imaginative (psychedelic) and implicated in a mutual understanding.

JAZZ is FREEDOM MUSIC and RHYTHM is its father. As a specific musical art form, JAZZ has quickly and increasingly reached and inspired musicians over the whole world.