Guerssen’s Sommor imprint reissues this mega-rarity from Australian heavy psych quartet McPhee. Originally released in November 1971 in limited quantities on the Violets Holiday imprint, the liners suggest that only about 500 copies were pressed and it promptly sunk without a trace. This reissue gives you the chance to discover this hard-rocking stomper, full of gnarly wah-wah guitars and prominent Hammond M [sic] organ fills, fitting for a band presumably named after legendary Groundhogs guitarist Tony “Tough Shit” McPhee!

Most of the tracks are covers of big time ‘70s legends like Spooky Tooth (a barnstormin’ ‘The Wrong Time’ with vicious, chunky guitar solos from Tony Joyce, soaring Hammond courtesy Jim Deverell, and the omnipresent scorching bluesy vocals of Faye Lewis that’s just this side of Julie Driscoll, Coven’s Jinx Dawson, and Grace Slick. They also dust off Spooky’s arrangement of ‘I Am The Walrus’ for a sleepy, slow-motion hazy dreamaway, and Ritchie Havens’ ‘Indian Rope Man’ treads lightly on Driscoll’s own version with Brian Auguer and Trinity, so it is obvious where their influences lie. Deverell’s Hammond M organ fills and fiery solo (take that, Vincent Crane!) are particularly exciting on the latter, as is Joyce’s typically incendiary soloing. There’s even a – wait for it – honest to God drum solo, deriguere for any 70s hard rock band! Steppenwolf fans will be particularly impressed by this drool-worthy interpretation.

“Building from a jazzy, space age bachelor pad intro to near 8-minute dueling guitar/organ solos with the rest of the band flailing away at top speed make this one trip you won’t soon forget.” 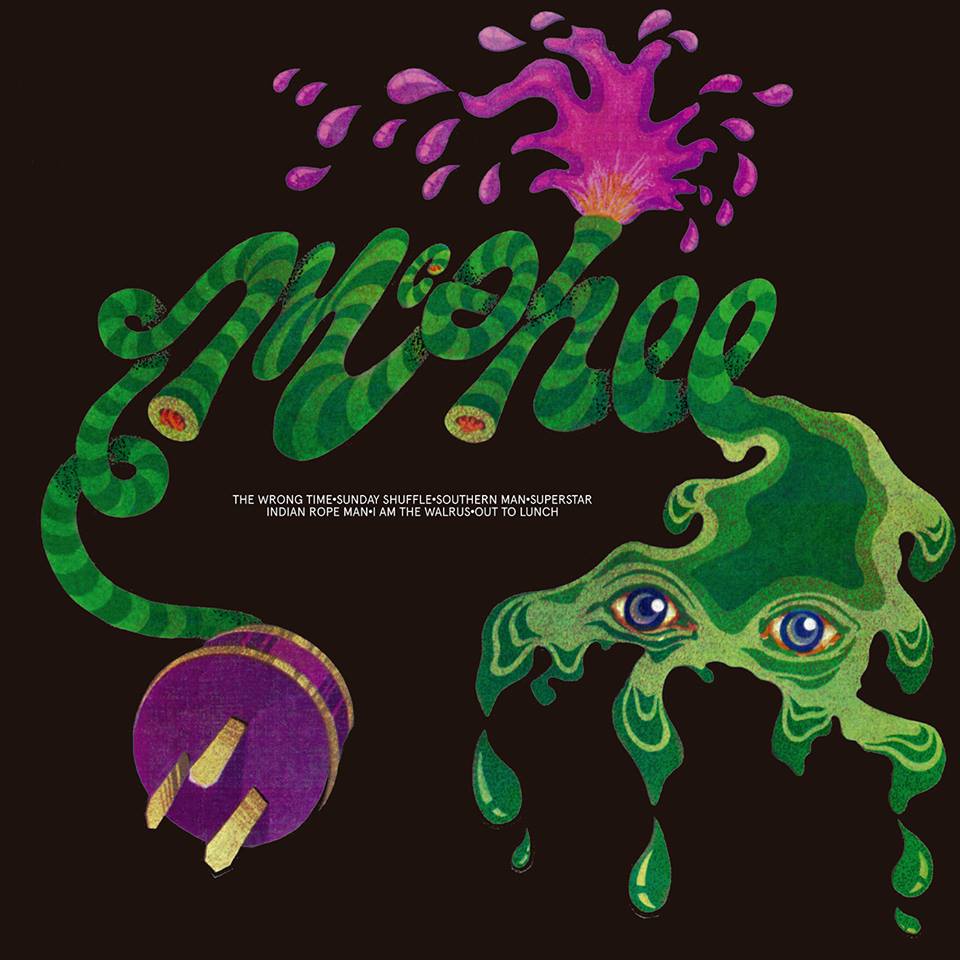 A straightforward run through Neil Young’s ‘Southern Man’ gives Joyce more opportunities to flex his considerable chops with more tasty solos that would suit both inspirations (Young and McPhee himself) proud. And Joyce’s piece de resistance, the 11-minute closer Out To Lunch is one for the ages – building from a jazzy, space age bachelor pad intro to near 8-minute dueling guitar/organ solos with the rest of the band flailing away at top speed make this one trip you won’t soon forget.

Joyce told liner note author Ian McFarlane (The Encyclopedia of Australian Rock and Pop) that they were predominantly a gigging band, and their inventive jams signify they were probably a force to be reckoned with on stage. Their album captures the live atmosphere of their sets and is another welcome artifact excavated by the fine folks at Guerssen. Too bad they went their separate ways after recording this, their lone release.