There’s an immediacy to Psychedelic Country Soul, the first new album from the Long Ryders in thirty years, an album laced with diverse instrumentations, sincere intent, along with being infused with influences that go back as far as I can remember.

“The Long Ryders have stepped further than I would have imagined, both with their instrumental and vocal harmonies, generating a delicate harmonium that flashes with timeless colourful countrified all-encompassing brightness.”

Yeah, these guys are no longer the skinny kids I remember, though on hearing the luscious vocals, I can tell you that the guys have missed not a step in their creation of this emancipated outing, one that still references of course The Byrds, Gram Parsons (just spin “California State Line” to hear what I mean), and even more-so, their haunting nod to the late Tom Petty, where they deliver an intimacy (consider “Let It Fly”) that I’d not expected. The Long Ryders have stepped further than I would have imagined, both with their instrumental and vocal harmonies, generating a delicate harmonium that flashes with timeless colourful countrified all-encompassing brightness. Most of their material weaves its way smoothly into your soul at mid-tempo, yet never leaves you feeling lost or uninspired. 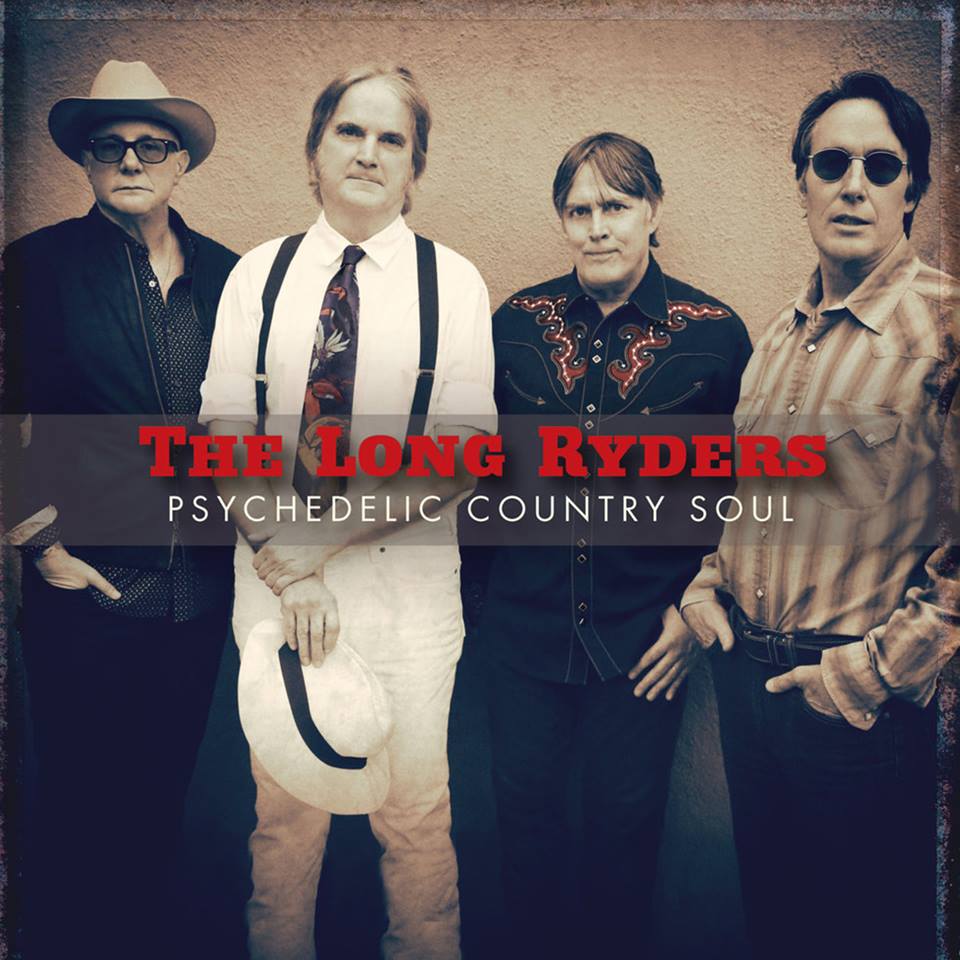 All of that being said, this is not some sort of nostalgic recreation of times gone by, Psychedelic Country Soul is a purposeful album by a band who where alternative country before the genre was even thought of, dispensing an updated version of who the Long Ryders are today, where arguably after thirty years, is far overdue. With all of the material being original and new, other than “Walls” which was penned by Tom Petty, where the Ryders deliver the track in a manner that makes it sound original to them, fresh and delightful, dancing with a slightly more jangling country feel, filled with great solos by each band member that caused shivers to run down my spine as the musical memories of my life swim by.

The band captivatingly tie things together on the final romanic track, the song that gave the album its name, where this well crafted fascinating constructed song reveals musical elements of psychedelic, country and soul, a song that’s lengthy enough to allow all four members of The Long Ryders to stretch out, indulging themselves within this construct, tying up all the loose ends, where along with the opening number “Greenville,” shines with an breathy openness, lasting just long enough to watch the sun come up on a band new day.

*** The Fun Facts: The band drew their name from the iconic western movie “The Long Ryders” directed by Walter Hill.