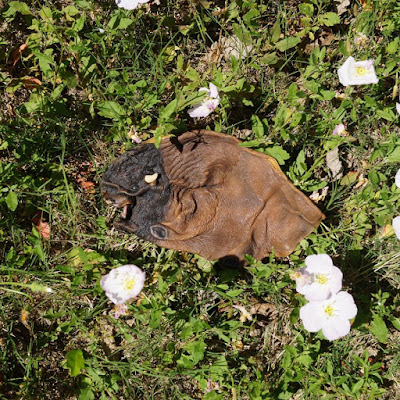 With a name making reference to obscure minutia of Charles Darwin’s research regarding the adaptive evolution of birds’ beaks, one might expect a certain esoteric character to a band. And Darwin’s Finches is certainly an anomaly of its own. But that doesn’t mean that they’re not a brilliantly catchy band. In fact, Good Morning Creatures II, the trio’s third album is a tart and twangy, hook-filled 10-song batch of great rock songs that sound as if they’d evolved completely out of contact with the rest of the rock world.
The Galveston, TX based band of pranksters, formed around a biology class, who got their start crashing biker bars and playing shows that provoked fisticuffs, Darwin’s Finches aren’t a normal band.
The album’s music hearkens to late-80s weirdo indie-rock tinged with psychedelic Western vibes like Camper Van Beethoven, Butthole Surfers, Alice Donut, and the Pixies combined with the demented melodies of The Frogs. Guitarist/vocalist and bandleader Justin Clay sports a master crooner’s wail; sounding something akin to a young Paul Westerberg.
Darwin’s Finches was formed in 2006 by Justin as part band, part prank. Joined originally by friends in his Biology class, Clay and a rotating cast of players have played everything from pop-up shows at biker bars (to mixed reviews), art museums, random national parks, shows at clubs that ended with fruit fights and a culminating three-hour show at the legendary Balinese Room that ended with a guitar sacrificed to the Gulf of Mexico. 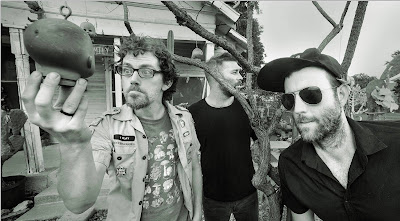 Photo by Richard Tomcala
Justin took a break from music in 2012 for two years to enjoy his family and the birth of his son, Odin.  When he returned to music in 2014, he joined long-time friend and fellow Texas folk psych master Jandek for shows in the UK.  Upon his return home, Justin reformed Darwin’s Finches with long-time music partners, Cody Honey on drums and Morgan Moody on bass.
Good Morning Creatures II will be available on LP and download on December 14th, 2018 via Artificial Head Record & Tapes (AHRT).
Pre-order:
https://artificialheadrecords.bandcamp.com/album/good-morning-creatures-ii
Links:
https://www.facebook.com/Darwinsfinchez/
https://www.facebook.com/ArtificialHead
https://www.instagram.com/artificialheadrecordsandtapes/
Darwin’s FinchesPremieres