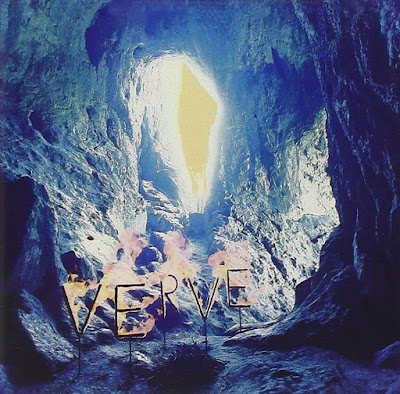 Most people had never heard A Storm In Heaven until the release of the highly successful album Urban Hymns some three years later, then walked the cat backwards, discovering this highly intoxicating bit of wanderlust. Without a doubt A Storm In Heaven was not exactly what most fans were expecting based on the single “Lucky Man” that was dominating the college airwaves in the year 1997.
Success can be a double edged sword, with many like myself wishing to hold great bands such as this to ourselves, with so-called instant success rendering The Verve as far more commercial than they actually were, or perhaps ever intended to be. Where truth be told, I doubt that The Verve were ready for the success Urban Hymns brought them, or the industry that grew up around them, demanding more of the same in order to feed and capitalize on that success.
There’s naturally no way I could ever convince you that their following album A Northern Soul is better than A Storm In Heaven, even though it encompasses a vast spectrum of maturity and emotion, yet there’s something undeniable when it comes to Storm, it’s not that the album is naive, it’s more that the outing is a venture into defiance, undefined territory, slightly edgy, lush, nonchalantly drifting and expansive. Of course A Northern Soul is fitted with both self-confidence and self-consciousness, though it’s the ability of Storm to splash down with a sense of swagger, even with its minor flaws that has me returning time and time again.
The Verve had a long and wonderful psychedelic history to draw from, and in so doing, they created extraordinary sonic cosmic voyages that were finely polished and redefined for a new age of psychedelic dancing, along with a new generation of drugs to enhance the atmosphere, as new guitar sounds ebbed from my speakers like vapor trails across my living room with sweeping gestures, unobtrusively bridging space and time. A Storm In Heaven nearly redefines itself with every listen, becoming even more slow, with new lusher elements seeming to step out from nowhere with clarity, reaching climax after climax, apex after apex that seems ready to sonically push listeners over the edge with a contained explosive energy that can not be denied.
There’s far more going on between these grooves than you’ll ever imagine, so if you’ve forgotten who The Verve were, perhaps it’s time you reacquaint yourself with pure magical visionary splendor.
– Jenell Kesler
© Copyright http://www.psychedelicbabymag.com/2018
From The VaultJenell KeslerReviewsThe Verve