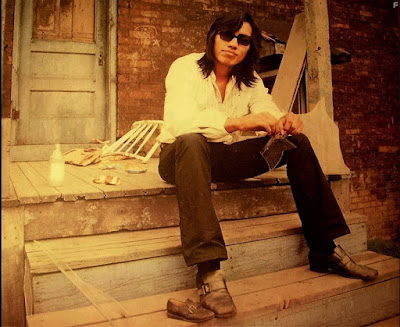 Sixto Rodriguez’s amazing story was brought to the world’s attention in the 2012 Oscar-winning documentary Searching For Sugar Man. This talented musician, whose two sublime early ‘70s psychedelic folk albums–Cold Fact, and Coming From Reality–failed to make him a household name in America, stopped making music professionally and spent the next several decades of his life doing intense manual labor in Detroit, Michigan. 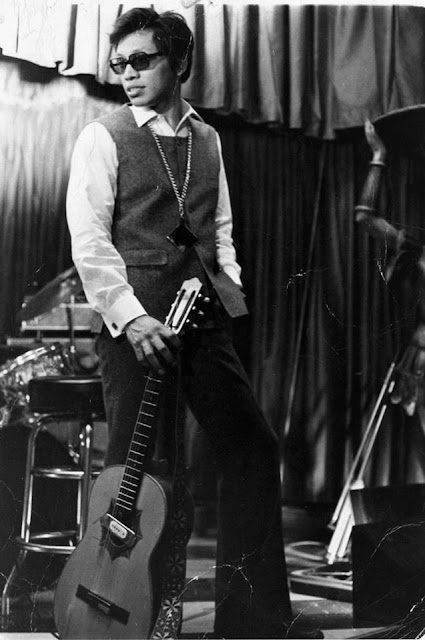 In a plot twist almost too good to be true, in the interim years, Rodriguez’s music–via smuggled in tape recordings of his albums–became huge with anti-apartheid activists in South Africa during the ‘70s and ‘80s–helping the enlightened youth there to find the moral courage to stand up to its dictatorial, racist system of government. To these young South Africans, Rodriguez was considered a bigger star than Elvis Presley or the Rolling Stones–although he himself was completely unaware of this fact–and legend had it that he had died long ago…another casualty of the ‘70s like Jim Morrison, Jimi Hendrix, and Janis Joplin.
Then, several hardcore South African fans decided to dig deeper into the mystery of Rodriguez’s alleged death–only to find that he was still alive and well in Detroit! Finally receiving his due, Rodriguez flew to South Africa for his first concert there in the ‘90s, where ecstatic fans hailed him as a true rock star. And since the release of Searching For Sugar Man the artist–whose lyrics reference the plight of the inner-city poor–has toured internationally to great success. 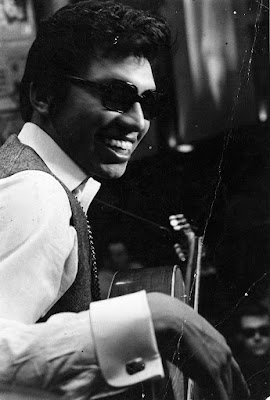 I spoke with Rodriguez who was in a mellow mood, relaxing in his Detroit home with the counter-culture icon John Sinclair, some other friends, and his band members via telephone in August.
Hi Rodriguez it’s a pleasure to speak with you.
Thank you for the chance to be interviewed.
Growing up in Detroit, were you influenced by the Motown sound?
There’s a lot of radio here, and Canada is right next to us, so, Neil Young, and Leonard Cohen, and others we get a lot coming from Canada.
As a Mexican American youngster did you take heart when Latino artists such as Ritchie Valens, Santo and Johnny, Joan Baez, Mimi & Richard Fariña, Question Mark & The Mysterians made their impact on American popular music and did that encourage you to make your music?

Yes all those artists you mentioned are great! And if a person was in a film and they looked a little dark and had a Hispanic name everybody [from the inner city of Detroit] went to see the film!
And [then] the [Long, hot summer of 1967] riots happened because of the oppression. The cities were on fire, you see? There was no visibility of the underprivileged.
And I have a thesis, if you want to hear it. Oppression will result in revolution. It happened in France. They stormed the Bastille. It happened in South Africa. The boycott. It happened in the States. Taxation without representation and here we have no representation! (laughs). Oppression will result in revolution. I mention that as a contemporary thing. It’s not an idea that’s gonna get lost in time. 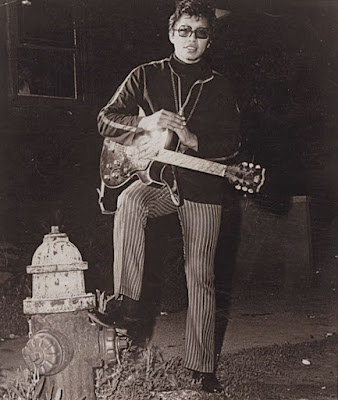 I guess it also happened on a limited scale in the United States in the Sixties and Seventies with the Weather Underground, The Black Panthers, The Brown Berets, and other revolutionary groups.
Exactly! We had a lot of youngbloods. You wanna know what a soldier is? A soldier is somebody who is ready to fight. And I think that spirit is in every nation. So we’ve got to do better than this…we’re in the 21st century, and I’m ‘1942’ [Rodriguez was born in 1942], so I sound like that.
“The struggle continues”
Thank you. That’s meaningful to people who have struggled. Because there are some. And it’s only real because of the haves and the have nots. These are principles you can find readily in any urbanized area. And if you get the opportunity to see the globe and I recommend that everybody get a passport because you get that perspective.
Yeah, I spent a few years living abroad when I was younger, and I wanted to stay in Europe because the culture there seemed more open and people were kinder on some level, I found.
You were right. The only flaw in that is they can drink legally at sixteen. In Australia, legally at eighteen. So, the youngbloods go over there and say “Wow! This is it!” But young minds are…[susceptible]. In Michigan 50% of fatalities on the road are alcohol-related. Look at these shops who are selling too much alcohol. And it’s a man-made problem that can be solved. I’ve got the working mentality, you know? You can build things, you can construct, clear it, and so forth. And so I’m political. 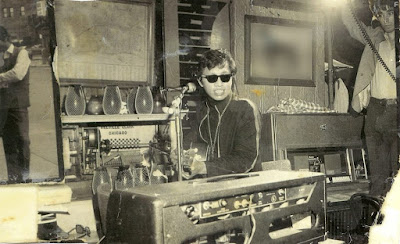 Back to music, which musicians inspired you during the ‘60s?
[John] Lennon…he had quite a career. …And now all you need is one hit and you can go global. When Spotify gets fifty-five million hits…that’s pretty outstanding demographics. So, if you have a good idea, or a good story, or a good song, or a play, you’re appearing to the world. So, we’re at that point.
Did you get inspired by writers like Jack Kerouac, Charles Bukowski, or Carlos Castaneda? “A Most Disgusting Song” has a real Beat poet feel to it –almost like a Gregory Corso poem.
Yes to all three! Because America had comic books and we had the short story [both blossomed from pulp fiction magazines in the early 20th century] and we developed the short story as literature, you know? Just like we developed fast food, and the manufacturing of cars…
Did you ever hang out with fellow Michiganders The MC5 or Iggy Pop & The Stooges back in the day?
No. Here’s a gentleman who can talk to you better about that. [Rodriguez hands the phone to John Sinclair]
John Sinclair: May I and May I! (laughs)
This is rock ‘n’ roll history! [Rodriguez laughs in the background]
Am I speaking with the John Sinclair as in the original MC5 manager who was busted for possession of marijuana in the late ‘60s, and for whom John Lennon and Yoko Ono did a “Free John Sinclair” benefit?
John Sinclair: Yeah! (laughs) I’m friends with Rodriguez!
(laughs) Cool! It’s an honor!
[John Sinclair hands the phone back to Rodriguez]
So I’m honored that John Sinclair and [some other friends] came by. See, we were rehearsing, and I’m in the house that’s in the film [the 2012 documentary Searching For Sugar Man] but it’s been renovated and we can use it now. It’s a HUD home that cost one-hundred dollars. It’s a brick duplex, but it’s been improved and youngboods need an address. You know, if they’ve got stability, that might give ‘em a break. 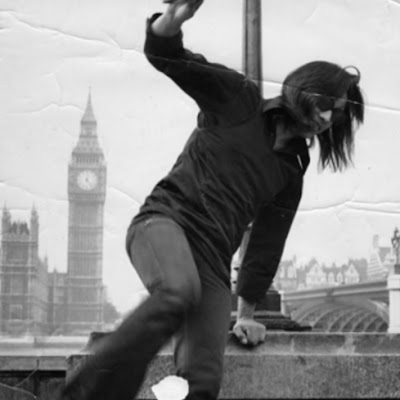 The level of poetry and profundity, social observation and critique expressed in most of your songs is staggering. How much of what you wrote was based on personal experiences and how much was a product of the turbulent times?
I didn’t write two songs on that first album Cold Fact. They were written by three other guys. 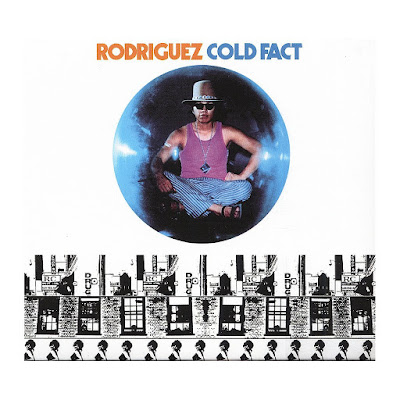 I know, but most of the songs are by you.
Yeah, but “Gommorah” and “Hate Street Dialogue” weren’t so I always try and say that.
“Cause” and “Crucify Your Mind” are just two of many of your songs which blew me away…what can you reveal about you song craft?
“Cause” is written in ‘E’ and “Crucify Your Mind is in ‘A’and for me music is either majors or minors…
I read that after Coming From Reality was released in 1971, you were in the process of recording a third album which was never released. What’s the story on that. Are the master tapes still existent?Have you ever considered releasing it or is it all tied up in litigation?
Clarence Avant [the founder of Sussex Records, which released Rodriguez’s albums Cold Fact, and Coming From Reality], who lives in Beverly Hills, hasn’t paid me a penny for all these royalties that we’ve learned about. I make money from performance and royalties from air play…that’s getting it on the radio. And Mr. [John] Sinclair, here, has his own station [Radio Free Amsterdam]–you’ve gotta tune in!. 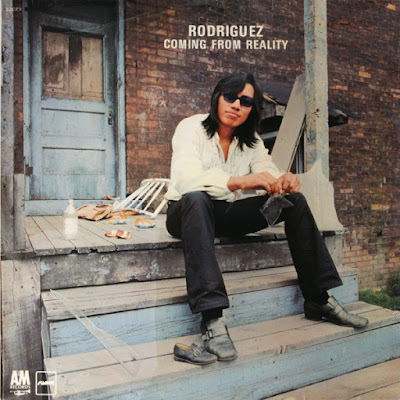 You’ve run for Detroit City Council, Mayor of Detroit, and the Michigan House of Representatives. Do you plan to run for office again?
All you have to do is file a petition that you’re gonna run for office. Sometimes there’s a fee… 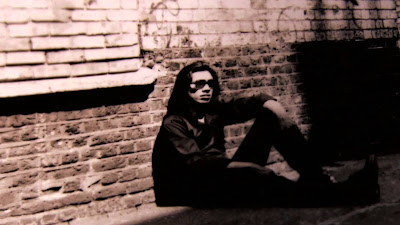 Were you inspired to political activism because of both the history of injustice in America towards the indigenous peoples, the European expropriation and exploitation of land and resources in the Americas over several hundred years and the injustices your own generation lived through?
Oh, yeah! There’s archaeological evidence that the Aztecs traded with the American Indians because of a thing called ‘obsidian’ [naturally formed volcanic glass which Pre-Colombian Mesoamericans used for tools and weapons, such as the sword-like macuahuitl] which is originally from volcanic areas…so that evidence is critical. There’s a lot of plunder in America. And I am hip to words like ‘indigenous’ and ‘First Nations’ like Canada.
Things seem bleak right now… do you think we can turn it around in America in 2020?
How about [Joe] Biden? He knows politics! We have a bad history in America… “the white guy in the White House,” you know? And I only wanna say there’s more than one cockroach in the kitchen. Power to the people is my theme. Trump has the U.S. Senate investigation, he has the Judiciary investigation, he has the FBI investigation, he has the State of New York investigation. Will he survive that? I think they might [charge] him for tyranny and treason. I hope I’m not being too optimistic. 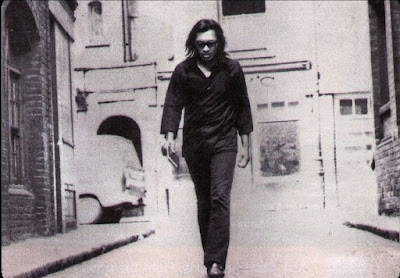 Thank you for your time.
Thank you for the opportunity to interview ‘cause it means a lot to get to the public!
Concert Review
Rodriguez at The Granada Theatre
Santa Barbara, CA
Tuesday, August 21 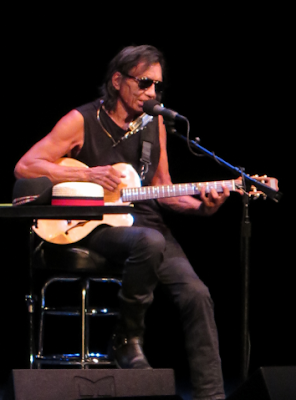 Photo by Sean Mageean
Last Tuesday’s Rodriguez concert at The Granada was a laid back, intimate affair, as the legendary artist stylishly dressed in black, perched upon a swivel chair with guitar in hand held court as a bard, a jester, and a philosopher-king, to an adoring audience. Shouts of “We love you Rodriguez!” filled the venue. “I love you back!” the good-natured Rodriguez retorted. Commencing with a moving cover of Elton John and Bernie Taupin’s “Your Song,” Rodriguez next delved into one of his own, as relevant as ever, deep cuts the superb “This Is Not a Song, It’s an Outburst: Or, The Establishment Blues.” The musician followed up with a cover of Merle Travis’ coal miner’s lament “Sixteen Tons,” and then his own astounding “Inner City Blues.” Taking time out for a stream of consciousness diatribe, Rodriguez expounded upon his thesis of oppression leading to revolution–citing South Africa and France as two historical examples; chastised Trump while shaking his finger; and spoke in defense of freeing Leonard Peltier to cheers of support from the audience. 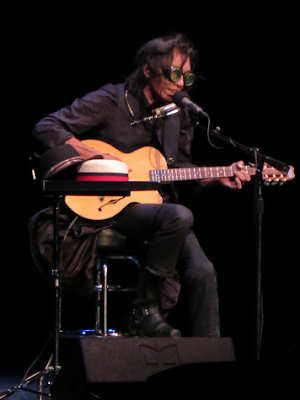 Photo by Sean Mageean
Rodriguez continued with a slew of his outstanding songs, which included “You’d Like To Admit It,” “Rich Folks Hoax,” and the sublime “Crucify Your Mind.” Then, returning to more covers, he performed songwriter Boudleaux Bryant’s spoof song for Bob Lurman “Let’s Think About Living,” and Darby Slick’s song for The Great Society which Jefferson Airplane ultimately made a stratospheric Sixties anthem “Somebody To Love.” On the flip side, Rodriguez forged ahead with more of his own wonderful songs including “I Wonder,” the now iconic “Sugar Man,” “Like Janis,” “Street Boy,” “Sandrevan Lullaby–Lifestyles,” and “Forget It.” As an encore, the artist paid tribute to Robby Krieger’s Doors classic “Light My Fire,” and Hal David and Sherman Edwards’ tune popularized by Sarah Vaughan “Broken Hearted Melody.” Before making his exit, Rodriguez reminded us that: “It’s not kill or be killed it’s live and let live” and pledged “Power to the People!” 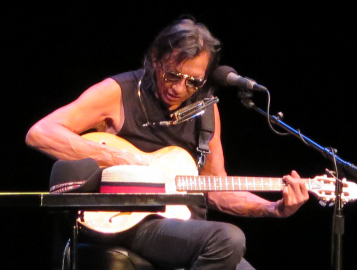