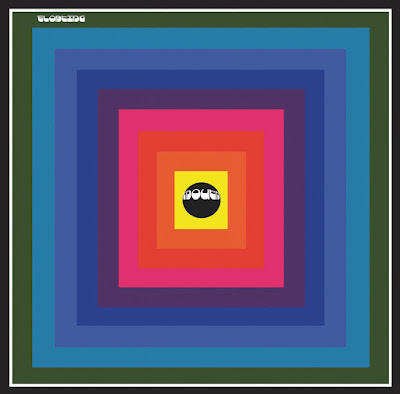 Mouth – Floating (Tonzonen Records, 2018)
https://mouthprog.bandcamp.com/album/floating
Mouth is a 3 piece German band. They’re a bit different from other groups released on this great label. The album features 8 songs, of which 3 are instrumental and were recorded between 2012-2015.
“Floating (reprise)” starts things off with an organ based track with a bit of complimenting sitar and a bit of singing. This was apparently the hidden track on the last album and now a bridge to this new one. “Madbeth” is a short but more rocking track with a sort of in-your-face vocal and strange dissonance to it. “Homagotomago” is an instrumental tribute to CAN and starts slowly and hypnotically with some cool guitar as the track evolves. I wish it had changed a bit more though as the guitar line is only a small variation of the same sound throughout. The drums do get more and more intense. “Reversed” is a more organ driven track again with a highly pressed vocal. It is an interesting style but the use of the backing vocals was very cool in another strange track. “Sunrise” is another longer instrumental track with a steady drum and organ and the guitar line kicks in and takes the lead. There are two guitars on this track. One of my fave tracks on the record. “Distance” is more organ driven but kicks into an almost Swedish like inspired prog part later and vocals you might find on a YES record. Did not expect this. Check out the video.
“O.T.B. Field” is a cool track with a nice wah guitar work.. “Sunset” is another instrumental and ends this quite diverse collection of songs.
– Scott Heller
© Copyright http://www.psychedelicbabymag.com/2018
MouthReviewsScott Heller