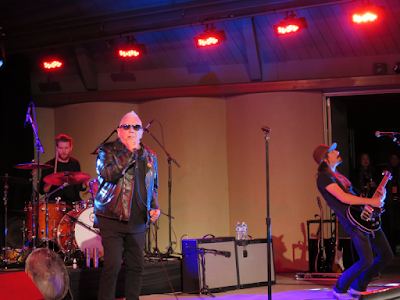 Eric Burdon Generates Animal Magnetism at Libbey Bowl Birthday Bash
The best concerts are those where a much-beloved artist or band takes it to an ecstatic level, engulfing the audience completely in a passionate performance. Of course, Eric Burdon is indisputably one of the greatest rock and blues male vocalists alive; a seasoned pro and perennial badass–so it was already understood that he could and would deliver. But his latest incarnation of the Animals, comprised of guitarist Johnzo West, bassist Justin Andres, keyboardist Davey Allen, saxophonist Ruben Salinas, trombonist Evan Mackey, and drummer Dustin Koester, who played to a packed Libbey Bowl on Saturday, May 6th, proved without a doubt to be one of the finest, tightest, most in-the-groove bands it has ever been my pleasure to witness bring it on home to an audience, with guts and gusto!
Starting out with the old Lee Dorsey 1961 R&B no. 1 hit “Ya Ya”, Eric and the band then went full-stride into classic Animals territory with the Gerry Goffin and Carole King-penned 1966 masculine perspective soul-shout “Don’t Bring Me Down.” Afterward, they slayed it with a killer medley of two more classic tunes: “When I Was Young/Inside Looking Out.” Burdon then dedicated a song to his wife Marianna — the tender ballad “Anything,” off of the 1967 psychedelic rock album Winds of Change. Eric prefaced the next number– from his 2012 album ‘Til Your River Runs Dry— by saying: “This one is called ‘Bo Diddley Special’–this is a song about a special man; the man’s name was Bo Diddley; he was black; he was thick; and he was a gentleman!” before ripping it up with his group’s syncopated tribute to the late, great rock ‘n’ blues genius. Burdon and the Animals then reached for the deep soul with a sterling cover of Sam Cooke’s “Bring It on Home to Me.”
Taking a momentary pause, Ojai’s native son and super sax player Ruben Salinas stepped up to the mike to mention that the concert was in support of CADA (Council on Alcoholism and Drug Abuse) and talked about the importance of reaching out and offering love and support to friends and family members who may be struggling with drug or alcohol addiction. Then Eric stated that the band had a topical song to play, concerning the perils of one’s late twenties and coming to terms with adulthood–“27 Forever.” It was a somber tune which was dedicated to the memories of Jimi, Janis and Jim. Afterward, the boys jammed “Mama Told Me Not To Come”–a Randy Newman song written for Burdon’s 1967 album Eric Is Here. Burdon and the boys then took it back to the roots with an outstanding cover of Lead Belly’s version of the blues standard “In the Pines.” 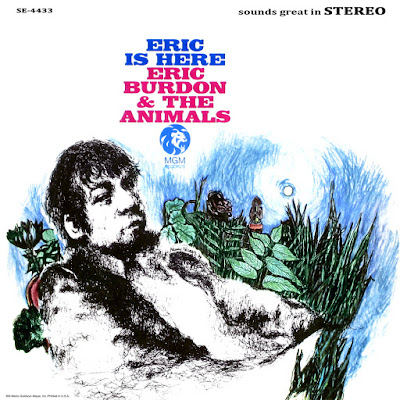 Nirvana was reached as the band and the grooving audience comprised of Boomers, Gen Xers, and Millennials alike were temporarily transported in time and space back to the Summer of Love during the transcendent performance of “Monterey”–during which keyboardist Allen pumped the driving tempo; Andres slapped bass in tribute to Ravi Shankar’s sitar riffs; drummer Koester nailed The Who’s legendary Keith Moon’s bombastic percussion; saxophonist and trombonist duo Salinas and MacKey brought the Hugh Masekela brass bravado, and ace guitarist West set the world on fire a la Hendrix; all while Burdon sang about the young gods smiling down and religion being born in Monterey. A cool anecdote about motorcycle riding with Neil Young back in the day was also shared by the singer. Another big hit ensued as the group tore into “It’s My Life,” before a birthday cake was brought on stage for the frontman, and a humorous anecdote concerning the late, great King of Rock, Chuck Berry, was related by a puckish Burdon.
A magnificent cover of Buffalo Springfield’s potent protest song “For What It’s Worth” was a pleasantly surprising addition to the set, after which Eric gave a shout out to Crosby, Stills and Nash, before signature song “House of the Rising Sun” was belted out –during which Andres (on acoustic guitar) and West shredded. The band followed up with a rousing rendition of “We Gotta Get out of This Place,” and, on the lighter side, a woman dressed as Queen Elizabeth II came on stage and commenced kissing Burdon briefly, before the band began busting out the crowd pleasing, party-starting War hit “Spill the Wine”–on which Salinas killed it during his awesome sax solo. Rounding out the evening, the band encored with a great, reggae-tinged version of “Please Don’t Let Me Be Misunderstood,” (with Eric letting the crowd sing the chorus) and ultimately brought the house down with its full force on the Sam and Dave number 1 R&B hit “Hold On, I’m Comin’.” After massive applause, the epic night ended with Marianna Burdon, the band, and the audience singing “Happy Birthday” to a beaming Eric Burdon. Good times!
– Sean Mageean
© Copyright http://www.psychedelicbabymag.com/2018
Eric BurdonLive ReportSean MageeanThe Animals