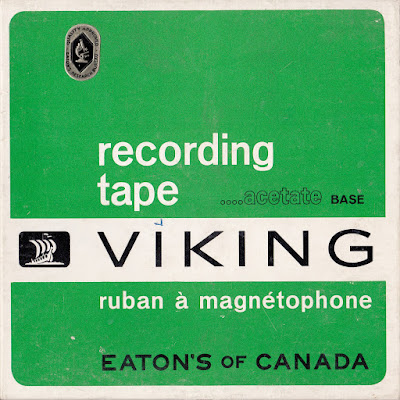 “A cat unearthed. Artificially cancerous uterus. Adaptive car underbody. A cute uncle. A callous undoing.”
Alex Rumboldt build up a strange and impressive discography as Aaiesieux with Found Sounds, a grooveless lath-cut, a 138.5 hour long ambient record and many more.

You have a couple of ‘series’ in your discography I want to ask you some questions about. First: the ‘Found Sound’ volumes. Why did you want to start these volumes? Why releasing ‘Found Sound’? Do you go looking, hunting for this kind of recordings? Or do you find them by accident?
I started putting out the ‘Found Sound’ recordings because I’d begun to accumulate some long-lost home recordings on cassette, reel, and acetate that seemed too interesting to just ignore. I’d hoped someone out there would find them as interesting as I do. At first I never sought them out, I just stumbled across them while digging for records at antique shops and yard sales. I became interested because it is a one-of-a-kind object that gives you a brief glimpse into the past, a connection to a person who I will never meet, and it feels special to unearth a time capsule for the first time.
Do you believe that, with ‘Found Sound Volumes’, you’re a record collector in the purest sense (whereas most people who call themselves ‘record collectors’ actually collect ‘music’, not ‘recordings’)?
I guess you could call me a collector of recordings, as well as a record collector.
The recordings on ‘Found Sound Volume 1’ have something voyeuristic, no? What do you think?
Perhaps, especially on that first volume of the phone call recordings. I don’t think those people really knew they were being recorded most of the time. I got the impression it was just a kid playing around with a fancy new toy that he didn’t know what else to do with, maybe with the intent to simply preserve high school memories. Some of it definitely has a creepy vibe though.
You bought those tapes so now they are yours, but does that give you the right to publish them?
I honestly don’t know. Some dude sold it to be in a yard sale, so I figured it was fair game. If someone wants to claim that it belongs to them, then I can take it down but I figured after being abandoned for so long, it’s in the public domain. I could be wrong.
Than there’s the ACU volumes. Where does ACU stand for?
Whatever you want it to stand for. A cat unearthed. Artificially cancerous uterus. Adaptive car underbody. A cute uncle. A callous undoing. 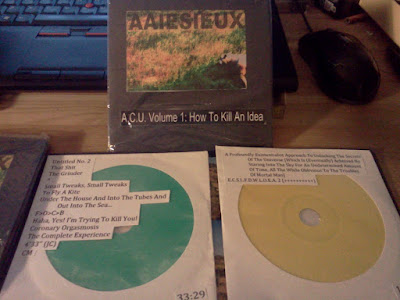 You released Volume 9, ‘Meta Mechanics’, in an edition of one. Can you tell me a bit more about this release?
This was an experiment in mechanical sounds. I wanted to get a lathe-cut record with no audio, to see if the vibrations from the motor and slow scraping of the leadscrew in the machine itself would be picked up in the groove. I think it worked out pretty well. I just did one copy as a proof-of-concept. At the time I didn’t have the money to get multiple copies made, nor was I confident I’d actually be able to sell them. 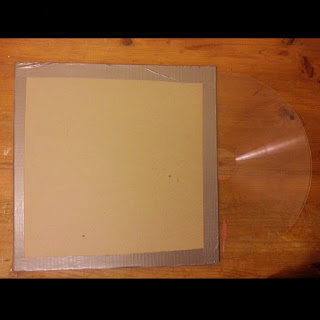 Volume 3 is 138.5 hours long. It sounds lika a radical take on deep listening or ambient music. Can you tell me a bit more about this record? What is it about?
This was the product of a sort of fascination with absurdly long and boring recordings. It became less about the actual sound and more about the concept. They are super-low bit (8kbps) drone recordings of an assortment of random wounds streched out to a ridiculous length. The first track is 11,000 seconds long, the next is 22,000 seconds long, etc etc, all the way to the final track, which is 99,000 seconds. The whole album is 138.5 hours. I can’t quite remember where the thousand-second concept came from. 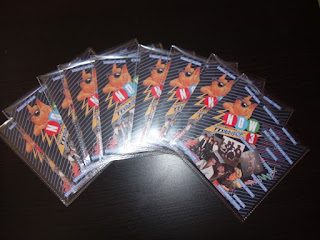 The last volume, volume 11, is released on ree-to-reel. Why on reel-to-reel? Why in an edition of 3?
I’ve always been interested in odd audio formats, which began at a young age with vinyl records, in the early/mid 2000’s when I was a kid and records weren’t cool. This expanded to cassettes, gramophone 78s, odd sized records like 3 inch & 5 inch, floppy disc, lathe-cut CDs, and eventually, open reel tape. I found the tapes in storage at my workplace, and just knew I had to do something with them. I actually had the tapes long before I had a decent reel-to-reel deck to record with. I actually made 5 copies of volume 11. I kept the numbers small because I’m constantly skeptical that anyone will be interested enough to buy one, and actually have the equipment to play it on. Now that I mention floppy discs, I don’t think I even have the ability to play Volume 2 anymore. I did that on an ancient computer I found in my dad’s garage.
The ‘How To Kill An Idea’ or ‘Munford & Sunn 0)))’ records could still be called noise records, but do you have the impression you moved away from noise?
‘How To Kill An Idea’ is a collection of the first recordings I ever made, when I was 16 or 17. I was interested in noise and experimental music from a young age, I think the first noise record I ever heard was ‘Voltage Monster’ by Japanese Torture Comedy Hour. This sparked an interest in Merzbow, Hijokaidan, Emil Beaulieu, Kazumoto Endo, Zero Kama, Metgumbnerbone, Cromagnon, etc. Lots of Japanoise and experimental tribal stuff. I think Volume 1 is still the most amount of effort I’ve ever put into a series of recordings. All that youthful enthusiasm. 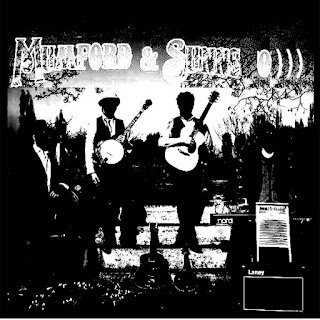 ‘Mumford & Sunn O)))’ originated from a series of joke mash up band names from groups that would never collaborate. Another one of my favorites being ‘Fleetwood Macklemore’. That one would require some serious editing skills though, and making a Mumford and Sons song sound somewhat vaguely like Sunn O))) required very little effort in audacity. Again, this started as a joke, I think it should be seen that way.
Are all of your records meant to be listened to, or are some of them more ideas, concepts?
There are definitely recordings that are meant to be concepts, rather than listenable material. Like Volume 3 that was mentioned earlier. I do have stuff that I hope people listen to and enjoy, and those are usually the ones I actually put an amount of time and effort into.
Several of your recordings mention things like “recorded in ten minutes” or “recorded while eating some left-overs”. Why do you like to work impulsively, act before thinking?
I find impulsivity to be an honest expression. Taking an idea that I have and acting upon it immediately with no further thought. I got out of the shower a few weeks ago and noticed that my wire towel rack reverberated for a long time when I took a towel off. The hum was nice, so immediately took everything off it and dragged it downstairs next to my tape recorder, stuck some contact mics to it and fucked around. That recording was the first and only time I used that rack, so it was about discovering for the first time what it can sound like when manipulated in certain ways. If you make records like the ‘Found Sound’ or the ‘Meta Mechanics’, do you feel like you’re more a listener than a musician? Why do enjoy this hands off approach?
In these instances I am absolutely just a listener. At some point I became less interested in creating noise as I was bringing to light noises and sounds that already exist. Maybe sounds that you otherwise wouldn’t really pay attention to or think about. One of my favorite recordings is one that Gabe (Gabriel Piller of Knife in the Toaster, jb) did of a fridge for 73 minutes. I love it. I’ve listened to the whole thing all the way through several times.
https://aaiesieux.bandcamp.com
https://youtu.be/qLU_yRdKCW8