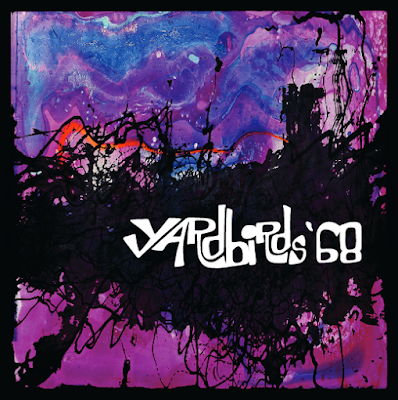 The Yardbirds – Yardbirds ‘68 (Jimmy Page Records, 2017)
Nearly fifty years after the band called it quits, the mythical, often bootlegged, 30 May 1968 live performance of The Yardbirds at the Anderson Theater in New York City, originally released by Epic Records in 1971 as “Live Yardbirds (Featuring Jimmy Page) finally sees proper reissue as half of the 2 LP or 2 CD set “Yardbirds ’68.” The other half of the release are the fabled, never previously officially released “studio sketches” recorded by the band during the same period, consisting of eight tracks ranging in quality from near finished master takes to bare bone instrumental scratch tracks.
Disc one contains the ten tunes recorded live, the big difference from previous releases, official and bootleg alike, is that the audience applause that Epic saw fit to overdub the tracks with, has been removed, resulting in a run time of some four minutes less, but making for a much more enjoyable experience by the listener. Beyond that, the sound has been produced by Jimmy Page, mixed by Drew Griffiths and mastered by John Davis from the master tapes, improving the sound quality infinitely. In fact, the sound improvement is so dramatic that it is truly hard to believe they are the same takes included on “Live Yardbirds.”