White Manna are back with their 6th release since 2012 and their first studio album since 2015 (Pan). The title tracks start things with an uptempo psych rocker. As with all the White Manna records, they have a special sound production. Drums are loud and dry, the guitars mixed to the back, space sounds quite low most of the time but present, and a nice rolling bass line.

Vocals on some tracks can be understood but on some tracks are mixed quite low and it is very hard to understand what is sung. Then it is all about the psychedelic trip. “Vimanasis” a slower more stoney but grooving track with a piano keyboard. “Trampoline” is a space rocker with a great energy and some nice spacey synth sweeps. This is the best track on side A. Wow, “Invisible Kings” finishes the side off and starts very abrupt and chaotic, twists your head around a bit, with a very psychedelic vocal, like a dark nightmare.

Trippy stuff. Flip the record over to kick things off with “Speed Dagger,” which you might expect to be a super fast track. It’s actually pretty mid-paced and very 60s inspired but in a heavy way! “English Breakfast” keeps it psychedelic with a sort of repeated start type of groove. “You Are The Movie” has a classic stoned White Manna sound, like some of their earlier stuff. “Freak” closes this latest psychedelic trip in a high energy fashion. 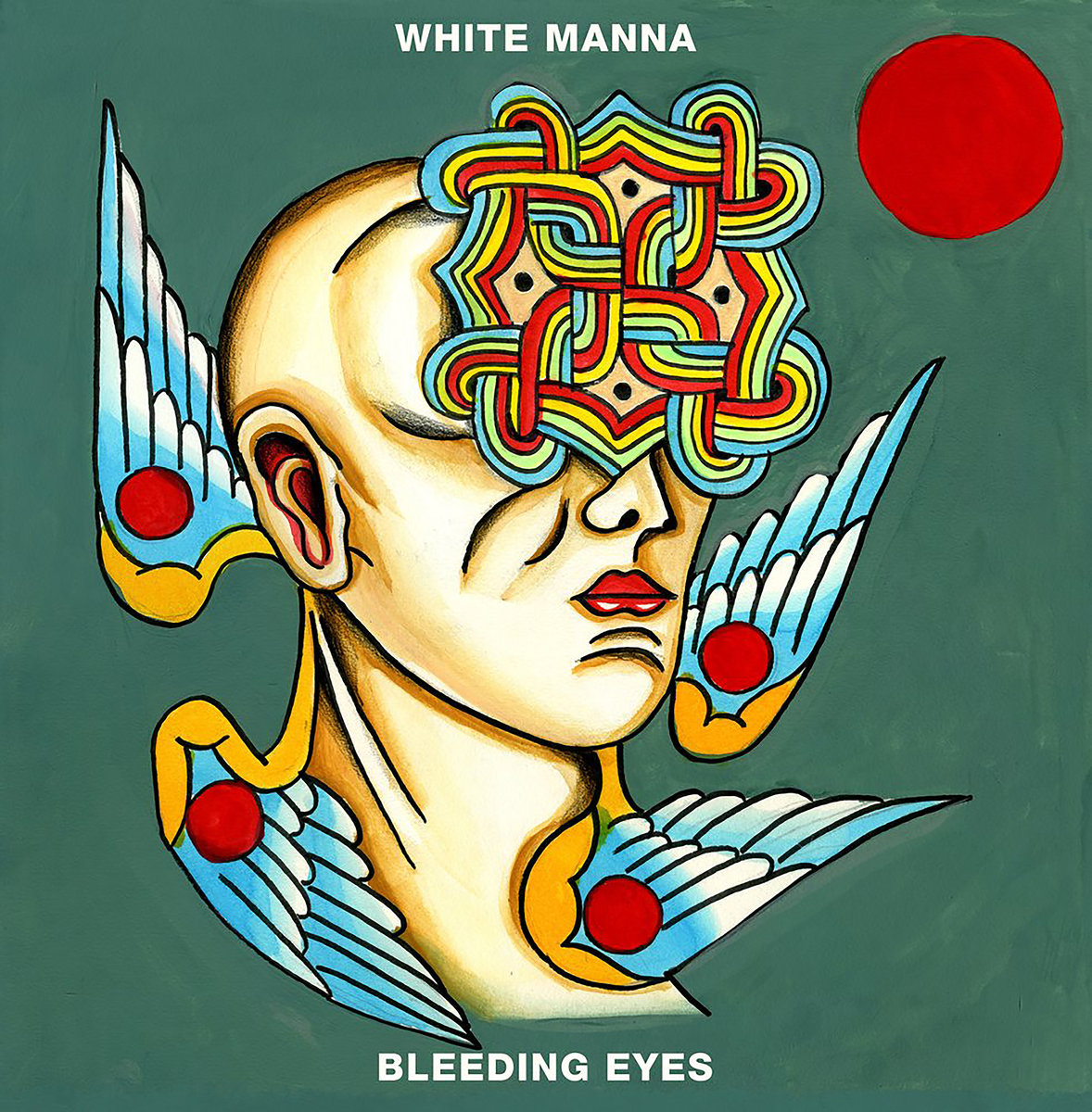 The first 100 pre-order also comes with a CD called Temporary Lines, which features tracks from various releases and some live stuff. A few really cool tracks including a cover version of “Master Of the Universe” by Hawkwind! It was good to finally hear these tracks the band released on a few split lp’s that I have never heard (“Die Roboter” and “Glory Stompers”).