Uffe (Lorenzo Woodrose for most people) has created his first solo album. Last winter he spent 10 weeks on the island of Gomera off the coast of Africa. He rented a small apartment and spent time with his guitar, recorder and his mind.

While Uffe wrote all the songs, he is complimented by a large group of folks who compliment his songs with synth, flute, sitar, Jews harp, tabla, hurdy gurdy, vibraphone, violin, etc. For those not understanding Danish, the lyrical content will be difficult. The title translates to something like “Acts of Madness.” Uffe plays acoustic 6 or 12 string guitar on most tracks. The record starts off with “Dansker,” a song about being Danish. There is a very cool psychedelic vibe (especially the vocals) on this, retro, yet modern song. “Rimets Tyranni” is a musically happier despite the darker lyrical theme. “Ridset Plade” is complimented with a very 1960s organ that has this sort of Moody Blues like feeling despite the heavy guitar riff. “Flippertøs” is a cool hippie track with hand drums, acoustic guitar and a nice flute. “På Kanten Af Verden” (“On the edge of the World”) has a sort of Beatles vibe due to the way the song is constructed and the sitar and psychedelic freakout after 4 minutes! Great track. 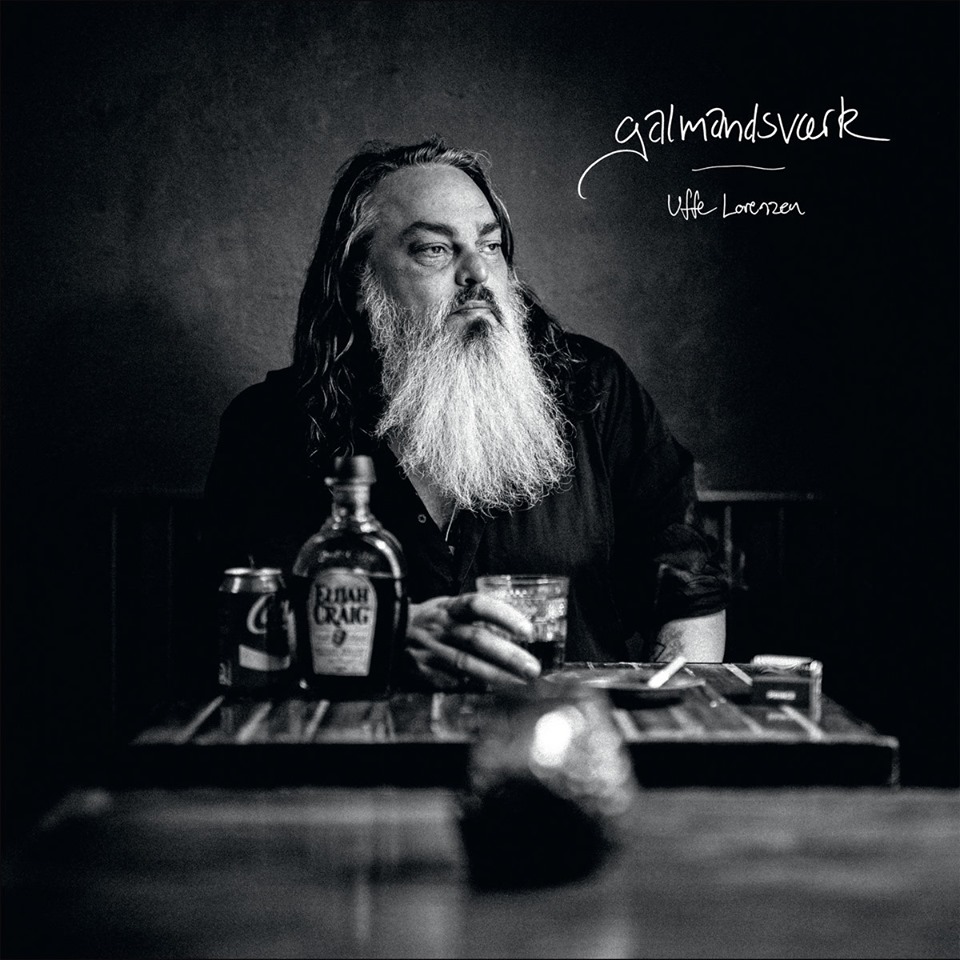 “Sang Om Merværdi” starts off side B with a riff that reminds me of Spids Nøgenhat but the vocals are more forceful and frantic in this quite special song with lots of cool stuff going on (Jews harp). Ny By (“New City”) completely changes the vibe with a very relaxed track with piano, cool freaky vibraphone, and other hidden layers. “Min Skygge” (“My Shadow”) is a more stripped down song with Uffe, his guitar, violin… Beautiful track. “Høj Som Et Højhus” (“High like a high Rise”) starts with some backwards voice and then the strummed guitar kicks in as well as mellotron. This is quite a psychedelic track. “Blues for Havet” (“Blues for the Sea”) closes the record with a drone, didgeridoo and the sound of the sea before the guitar line starts and Uffe sings. One of my favorite songs on the record. I just floated away…

This is a great record that mixes all of Uffe’s previous bands into something new (but you can still hear the bits of Dragontears, Spids Nøgenhat, On Trial). You cannot escape the shadow of what you have made before but you can make it look different. Great job Uffe. The record was released on Nov 10th, 2017. First pressing is 1000 copies on CD and black vinyl.