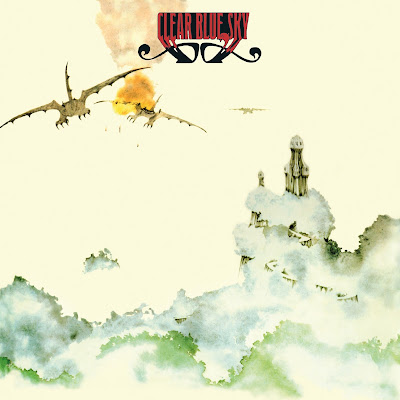 Back when there were less
cloudy horizons across the world, global record labels were actually eager for
new music (what they’d have called, from their expense-laden desks, the new music) though rarely exporting
what’s now called world music. They set up specialised subsidiaries for new
cross-genres: EMI started Harvest, Decca had Deram, and Philips founded
Vertigo. Starting in 1969 with Colosseum and Juicy Lucy (featuring a teenage
Mick Moody), Vertigo signed a power trio with an average age of 18 (the
guitarist was younger) for a debut and the label’s 19th release
exemplifying the creative passion of contemporary hard prog-psych adapting the
structures of heavy blues. As sure as a policewoman falls in love with a
policeman, Clear Blue Sky cut the mustard.