‘A Melange Of Musical Pipedreams And Pandemonium’ by Vernon Joyson (2017)

‘A Melange Of Musical Pipedreams And Pandemonium’ by Vernon Joyson (2017)

Having outgrown its britches, or binding capacity, as the case may be, author Vernon Joynson’s title “Dreams, Fantasies and Nightmares from Far Away Lands Revisited” has been put to bed and replaced by two new titles, the first of these “A Melange Of Musical Pipedreams And Pandemonium: Australian, New Zealand, Africa, Turkish And Middle Eastern Rock, Pop, Beat, R&B, Folk, Psych And Prog 1963-1976” is reviewed here. It is also important to note that while the book mainly covers the period 1963-1976, releases by bands that carried on beyond this time frame are included, albeit perhaps not in quite such detail.

2008 marked the definitive edition of “Dreams, Fantasies and Nightmares From Far Away Lands Revisited: Canadian, Australian, Latin American and South American Rock and Pop 1963-1976. Sad to know it will never again be updated. Fortunately, the news is rather good as the demise of “Dreams” has given birth to two new titles, the first, “A Melange….” has allowed the inclusion of entries for bands from Turkey and The Middle East to be surveyed for the first time! Such good fortune does not often occur.

“A Melange” follows the format of author Vernon Joynson’s expanded two volume edition of “Tapestry Of Delights” so far as the information contained in each band’s individual entry. This means detailed discographies, line-up data, bibliographies, comments regarding their music, compilation appearances, and an up-to-date rarity scale for all albums releases between 1963 and 1976 are included for each band entry. This means LP and single releases, both original and reissued, are included, and beyond that excellent descriptions for each and every band as well. Also, the 12 page full color section of album artwork photos are joined by copious numbers of black and white photos in individual band entries. For the devoted music collectors, as well as casual music fans, this is invaluable information.

The handsome, softbound book, 762 pages in length, is available in a strictly limited, numbered run of 850 copies worldwide. The tome retails 49.99 pounds sterling, and is surely worth full retail price, but is available presently from many fine book sellers at a greatly discounted price, at a time when such discounts are greatly appreciated by purchasers, and are especially important at a time when hard copy books become increasingly rare and pricey. 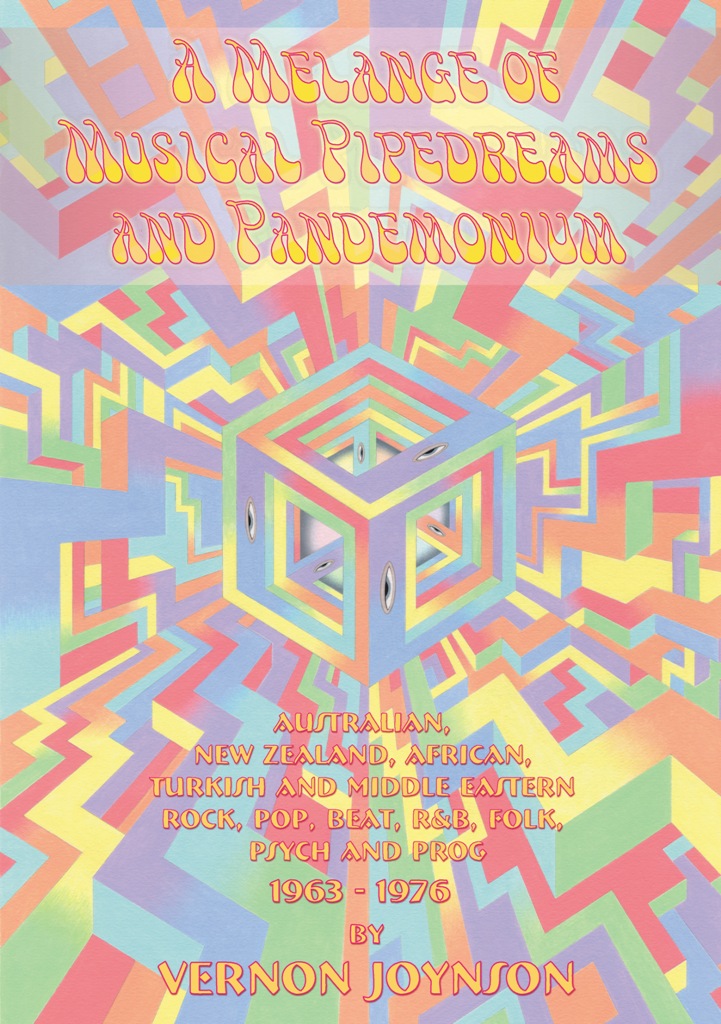 From a personal standpoint, the inclusion of South African bands is greatly appreciated, as page 667 is almost entirely devoted to the Zamrock group W.I.T.C.H. (We Intend To Cause Havoc), a group whose lead vocalist Emmanyo “Jagari” Chanda I had the distinct pleasure of interviewing for “It’s Psychedelic Baby Magazine” in 2012, in conjunction with the wonderful 6 LP/4 CD box set “We Intend To Cause Havoc” released on Now-Again Records. What a delight to see the band included.

Proudly joining Joynson’s other incredible rock music encyclopedia, “Fuzz, Acid And Flowers” and the previously mentioned “Tapestry Of Delights,” this massive volume is absolutely jam packed with information, all available within finger tip range. A most impressive addition indeed, I cannot recommend this work highly enough. Many, many hours were spent collecting data, translating languages, collecting and publishing photographs of bands and album artwork alike. Be sure to pick up a copy before this tome goes out of print and prices skyrocket. I guarantee you will not be disappointed.