Formed in 2013, Sydney-based trio Comacozer is an instrumental heavy psychedelic space rock band. They released two albums on HeadSpin Records so far and are working on their third. Here’s our interview with their guitarist, Rick Burke.

Comacozer is a few years old project. How did you guys come together and what is the concept behind the band?

I Rick (guitars) came across Andrew (drums) from an online music blog. We got talking about having a jam and what kind of music we wanted to make. From the first jam we had together we clicked pretty magically & knew we were on the same page musically, he brought in Rich (bass) to our next jam, which instantly just worked and completed the formula. The concept of this band was to cross our influences, making dark, psychedelic music with a doom/stoner vibe, most importantly to get together jam and have fun.

My dad’s an old rocker and loves music, he has a super cool record collection. From as early as I can remember he was always playing Black Sabbath records and that music had a massive impact on me as a kid. Still gives me chills thinking how scary and heavy that sound was. But definitely Sabbath, Zeppelin, Grand Funk, Deep Purple, Hendrix, Santana, Cream and Uriah Heep seem to be my first real exposure to music thanks to the old man !!!!

Were you in any other bands or is Comacozer your first band?

I played bass in a few death metal and hardcore bands and a few garage bands over the years. Comacozer is the first band I’ve played guitar in. I also collaborate with a mate who’s a producer playing tripped out guitar grooves over experimental electronic beats.

What are some major influences on your sound?

Diversity is one of the biggest things that influences our sound. We are all into a ton of different music styles. We like things to sound organic/analog too. Experimenting with endless pedals/amps/drums/cymbals is always helping create new sounds and tones, we like to experiment having a crack at other instruments too to keep things interesting. We are influenced by Ancient Greek and Egyptian mythology, along with time, space and the third eye, the ancient themes crossed with space really set the vibe for what our sound is.

Sessions Demo EP was your first digital only release and soon after that you got signed by HeadSpin Records. Deloun Sessions was the result. What can you tell us about the material on the LP?

Well the Sessions Demo was recorded not long after we started. It was more a push on our end to see what we sounded like recorded. We recorded it at Soundworks Studios in Sydney, we captured a really cool vibe and it was fun to record, unfortunately the people recording us didn’t really know quite how to mix the sound and style we were after. For a while that material stayed unmixed. It was just before we recorded Deloun that we got sessions passed on to legend Dav Byrne who was able to mix it, giving us more of what we were after. Sessions is definitely a reflection on where we wanted to go musically writing songs, lots of long tripped out jams with big heavy riffs coming to smack you out.

Recording Deloun was a mind blowing experience. We had the platform for 2 songs and went into Frank Street Studios with Frank Attard who is the absolute best to work with. We got the vibe and really just went hard with recording the songs, getting right in the zone and lots of improvisation. I made the middle track “Cosmic Hypnosis” at my mates house, he got some really cool sci fi effects happening and it’s the perfect interlude. “Flamens Of The Highest Order” is probably a track that best represents our style and formula, dark, psychedelic, spacey and doomy. All the tracks are live recordings of us, there’s no other way we would rather record, as we never play any song the same.

You shifted into even higher gear with your latest release Astra Planeta. Can you share some further details how it was recorded?

Again it was recorded with Frank at Frank Street Studios. All recorded live together. Frank has such a wicked studio, full of all vintage and analog gear. This time we went in a little bit more prepared. We recorded the 5 tracks in one day and did overdubs on the second day. We experimented with a baglama and tabla on the track “Navigating The Mandjet”. Most of the songs have sections where the improvised bits have stretched out and normally that’s where the magic happens. We couldn’t be more pleased with how the album turned out. It was definitely a fun weekend of drinking coffee, beer, jamming like crazy and lots of laughter. 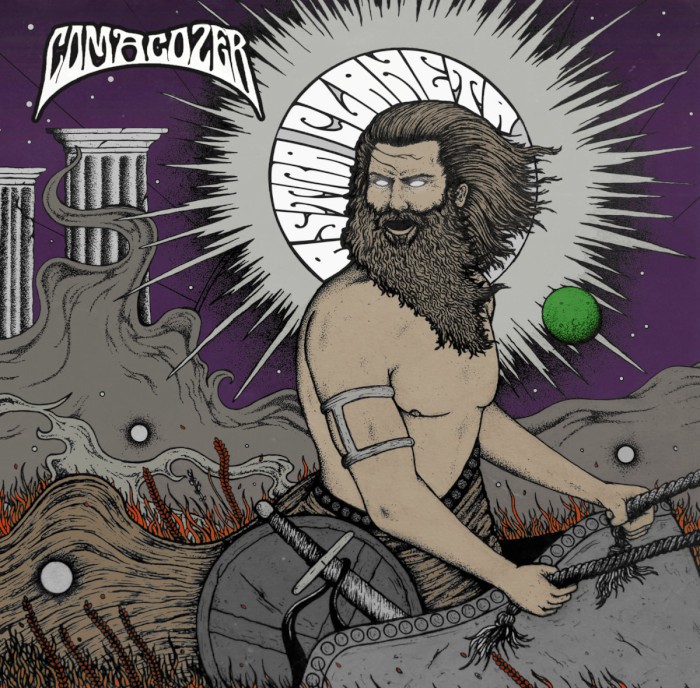 What’s the songwriting process with Comacozer like? Just jamming or …

A lot of the songs just stem from jamming. There’s been a number of times Rich and myself have been a mucking around with a riff to warm up and suddenly we all starting jamming it out for 20 mins haha. A lot of stuff we make can happen on the spot. We all write riffs and melodies and jam around them, there’s nothing we enjoy more than jamming.

The album floats really well. And I love the whole packaging.

There’s definitely more diversity with this album. We like the idea that if any release of ours is listened to in a whole it will take you on a journey. Astra Planeta varies from doom-stoner, heavy psych, middle eastern world type music, surf, acid rock. There is most definitely a floating journey to take your mind in all sorts of dimensions.

The album was produced by Frank Attard and mastered by Philip Dust. I think they did a wonderful job.

Frank is just amazing to work with, he always seems to capture our vibe perfectly. Apart from being an insane musician, he is awesome as a producer, always down for our bizzare ideas and lets us push the experimentation. His mixes always end up blowing our mind. Phillip Dust is someone we used for mastering the earlier releases and haven’t looked back on, he’s really done an amazing job. Frank’s production, along with Phillip’s mastering has made the overall sound magic, especially on vinyl.

I enjoyed the cover artwork for all of your releases. They somehow capture the sound of your band.

Because we don’t have a singer or lyrics to our songs, we really rely on the artwork to capture the sound and atmosphere track titles. We have been lucky to work with some artists like Harley & J, Nick Potts and Danny Graham that have really made some crazy artwork for us.

Recently you played some shows. What are some future plans for the band?

We have had a pretty full on little run of shows that have all been hella good times !!!! We are going back into the studio to record another album in April. So the idea for now is to stay focused on getting all our new jams recorded. Aside from the album we have plans to release a split with one of our favourite bands, which is bloody exciting as, stay tuned for both these releases because they are going to be absolute monster heavy mind altering jams. Hopefully we will get out and play some more shows too after the recordings.

Lately I’m interviewing more and more bands from Australia. What would you say is the scene there currently? I think it always had a very unique scene already in the 1970s and now it’s blooming again.

There’s so many amazing musicians, bands and producers coming out of Australia. Right now we are over flooding with amazing talent, I think the cool thing is that so many new open minds are collaborating and experimenting. A lot of musicians here are definitely trying to push the boundaries in music at the moment.

What are some other local bands you would like to recommend to our readers?

What does the name “Comacozer” mean or refer to in the context of the band name?

Andrew came up with that one. Comacozer in the stoner world means big fat joint. I more think of Comacozer being the genre of our band now but, it seems like the perfect word to describe all our sounds and styles. Let’s end this interview with some of your favourite albums. 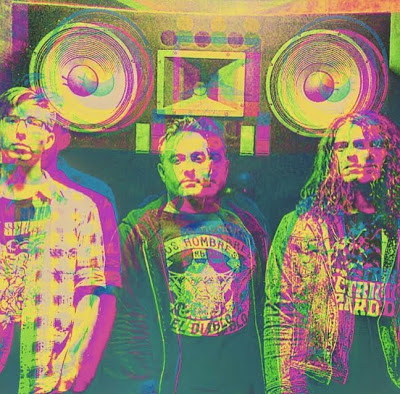 Have you found something new lately you would like to recommend to our readers?

Arghhhh there is way too much but Black Sabbath – Vol 4, Buffalo – Volcanic Rock, Tame Impala – 1st EP, The Stooges – The Stooges, Electric Wizard – Come My Fanatics, Plastikman – Musik, Bob Marley – Legend, Magnetic Man – Magnetic Man, The Doors – The Doors, Blown Out – Jet Black Hallucinations among many, many others are all albums I love. Orb – Birth, King Gizzard – Flying Microtonal Banana, Brian Jonestown Massacre – Don’t Get Lost and Moon Duo – Occult Architecture Vol 1 are all new albums I’ve had on repeat and highly recommend.