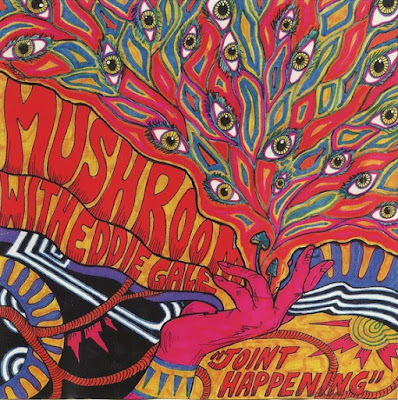 Mushroom With Eddie Gale – Joint Happening (Hyena Records, 2007)
Depending on your point of view, this is either a very majestic well thought out experimental body of work that infuses aspects of funk, free form jazz and Krautrock, or it’s a psychedelic trip gone sideways that may just profoundly affect what you decide to ingest for the rest of your life … though for the life of me, as good as this bit of wax is, I don’t hear, or get the psychedelic manifestations.

Eddie Gale, who needs no introduction or accolades for any of his ground breaking work, work that here includes a rhythmic blending of styles that seem to be nearly pulled from the air. Of course there are those who will want you to believe that these notes create an ethereal atmosphere, when in fact, it seems that those people don’t appreciate the word ‘frenetic,’ which is exactly what Joint Happening is, and spectacularly so. Another word to describe this release would be ‘flight’ … in the sense that this is a body of work that is constantly in motion; there’s little space to sit and ponder the polyrhythmic aesthetics, as this release takes hold of you and doesn’t let go. 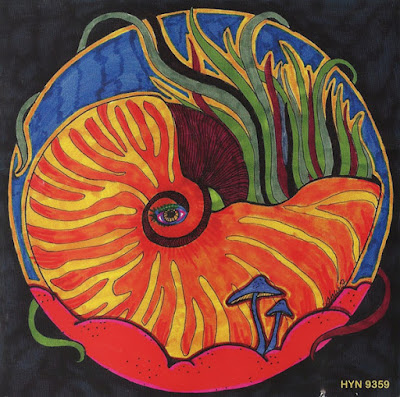 Those same people would also have believe that this album is based on improvisation, when in fact, if one listens, it’s quite evident that Gale has laid down a road map from which he may take side avenues, yet he always manages to come back to that defined and established point. With that being said, he does often redefine that point on his map, and from there he can venture out yet again, each time moving his band of merry pranksters down the road a bit further, even if by a circuitive route.
So perhaps all and all, this is psychedelic music for a new era, a new generation, and a new time.
– Jenell Kesler
© Copyright http://www.psychedelicbabymag.com/2017
Eddie GaleJazz CornerJenell KeslerMushroomMushroom With Eddie GaleReviews