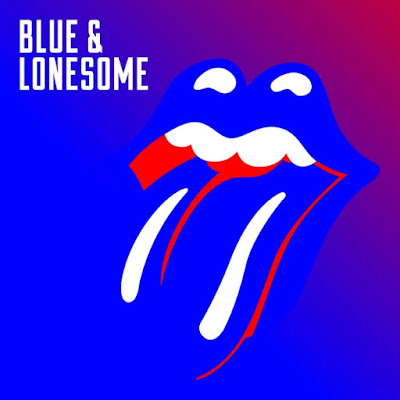 The Rolling Stones – Blue & Lonesome (Polydor, 2016)
Beginning their career as young bluesmen back in the 60’s, The Rolling Stones have finally, and I mean finally returned to those earthy roots, along with the sound that returned America to its roots during those early years. Blue & Lonesome is filled with insinuatingly hot liquid lyrics, matched only by an equal amount of guitar affection, sounding effortless and spontaneous as they roll through numbers by their early heroes.

While those early Stones’ recordings where sensational and inspirational, it’s here at this stage of their life and career that they’re as old as the legends that inspired them … meaning that at this point in their lives they’ve achieved the right to present like the elder statesmen they are, and with a little help from friends likes of Eric Clapton and others, they manage this feat flawlessly.
The most elatious part of this album is the fact that it was recorded over a mere three days during December of 2015 with no overdubs or studio gimmicks. It’s a hands down keeper, the album from the boys I’ve been waiting on for nearly my entire life. The only drawback is that Mr. Brian Jones could not be a part of this edition. Nevertheless, thunder is gonna crack and the sky is going to pour blessed rain down on you.
– Jenell Kesler
© Copyright http://www.psychedelicbabymag.com/2016
Jenell KeslerReviewsThe Rolling Stones