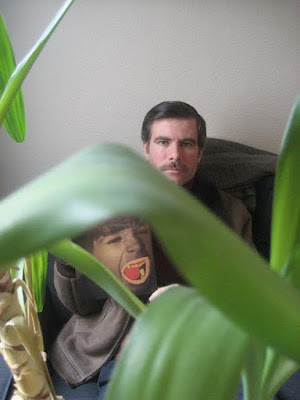 I haven’t found better things to do than to just keep going
Sigtryggur Berg Sigmarsson is a 39 year old Icelandic visual artist and musician who was a part of Stilluppsteypa and Evil Madness. His output as a solo artist is very divers, but has a smart form of stupidity in common.

I find it hard to label your work. I think that’s also what fascinates me about it and why I keep following you. Your discography is very diverse: from voice experiments in the Phil Minton style, to long drone pieces to very beautifully edited electronic music. So what does all of this music have in common?
I must say that I’ve actually never really thought about this, well not much. I have been asked this before but it’s hard to explain. Just like it is hard for everybody, well I guess most everybody, to explain who they really are and why they do what they do. You could go really deep into answering this or you could give the most simplest answer. I’m interested in many different things, which have influenced me throughout the years, just keep getting excited about things, mostly things that goes back to my childhood. A difficult question… hmmm… and one that I can’t really reply to. I just do a lot of stuff and if I like it I will use it and do something with it and that’s pretty much it… but often there’s also stuff you won’t like that you’ve just created but then weeks or months/years later coming back to it and for some reason will fall in love with it. Those are great moments. I’d say not thinking
about it too much is my answer to this question. That’s where the magic lays. There’s this quote from Francis Bacon I like very much and can relate to where he says he’s profoundly optimistic about nothing, I relate to this.
You released six records this year. What’s the value of a record to you? Do you look at it as kind of an audio diary? As a way of documenting your own work?
My stuff has always been like a sort of diary, to my mind, and I just keep going at it. The thing with this year was that I had worked on a lot of stuff for some time and some of the releases kept getting delayed, so it happened that it all came out nearly at the same time. It happens sometimes.
I really enjoyed the two albums you released last year, So Long and Avantgardegasse. Of course I haven’t heard every record you’ve ever released, but I believe that the Avantgardegasse LP is maybe your best work to this date. But that’s just my opinion, of course. What would you see as your favourite work? 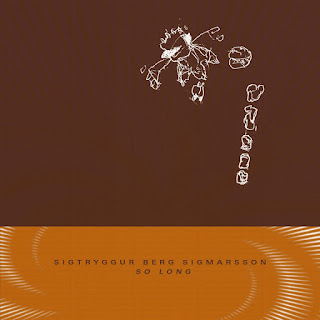 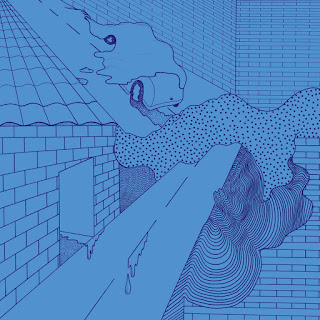 Thanks for the kind words on those two releases. Yes, the Avantgardegasse LP was great fun to do and I really like how it came out and also with Dennis’ brilliant cover artwork. My latest one with Benny, Abstract Art Automat is also something I’m proud of. 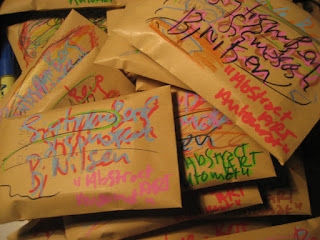 But if I have to name records that I’m most fond of, I can’t say which is my best, then there’s the one Benny, Stilluppsteypa and Hildur Gudnadottir did in 2007 which is called Second Childhood and also the one I did with Staplerfahrer called Two Lost Souls. I enjoy more the ones that I did in collaboration with others, for obvious reasons. 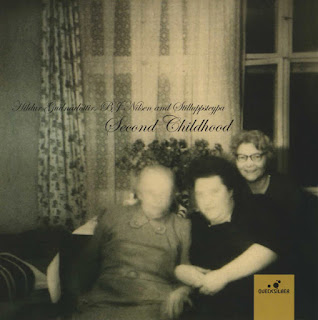 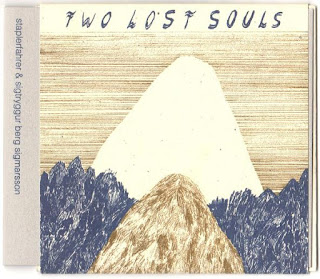 For the We Think We Sound and the If You Have Any Questions tapes, you combine a record with your drawings. Why?
Those releases are like small gifts. I like to mix the two elements together, as a lot of people who are more interested in my visual work are not so familiar with my sound work and vice versa, so it’s like saying “Oh and yes, and I make also stuff like this”, and when I say the releases are kinda like small gifts I mean that I did those releases, and will continue to do, and sold them super cheap, just barely covering the production and post costs.
Did you stop doing live performances?
I haven’t stopped doing performances, it’s more that I try to do less of them, they really take too much energy out of me. It used to give me energy, but that’s a long time ago, I’m not 25 anymore. I feel like shit for 3 days or a week afterwards and always something weird happens. So yeah, I try to do less of them. It’s a love/hate masochistic relationship. I think it has done more bad things to me than good. Playing live is even more pointless. I feel, I just did a gig last night with Sick Llama which went really well but this morning I was thinking: “Why continue doing this?” I put a lot of time and work into making these things and then you put yourself up there and after 40 minutes it’s all over and you go home, go to sleep and wake up and nothing changed. It’s all the same. Like everybody, I have bills to pay but who’s paying me?
In the liner notes for the Sad Vocal Manipulation tape, you wrote: “Mixed depressed May/June 2016”.
2016 has been a real roller coaster ride, both a good and a bad ride. So when I wrote “Mixed depressed”, I thought it was fun to add that as that’s how it felt like back when I did the mixing, and I just used that situation and made something out of it. I’m very simple minded and try to keep my life simple; if I have money to pay bills and eat I am OK, but if I don’t have money I’m not OK. 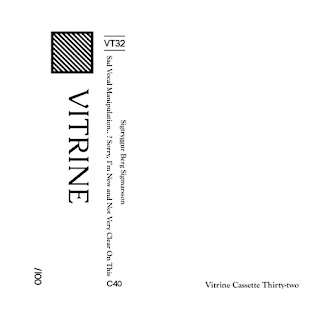 Do you live back in Iceland again?
I’m living in Reykjavík right now. Been here since December 2015, but in between I’ve travelled a bit for gigs and exhibitions and so on… but in a way it doesn’t really matter where I live as I’d be doing the same thing as always; making stuff, the drawings, paintings, recordings etc… I haven’t found better things to do with my time than to just keep going at it.
Do you see yourself as a musician?
Most definitely not a musician. I’ve learned from listening to music. If something sounds fine with me I’ll use it. It’s as simple as that. I like to just jump into things, no concept, no idea what I’m doing
or where things are leading. If it sounds fine to me then that’s how it’s gonna go on the record, no matter how simple the method or how lousy the equipment it was made on. I really don’t care about these things. I’m a big fan of sounds but not so much a fan of equipment or plug-ins…. I know people care about those things and know tons about equipment, sound programs, mics, plug-ins and so on… but my mind is just too busy with all kinds of stuff that I can’t be bothered with learning or thinking about these things. As you can probably tell I was shit in school.
I went to your expo at Trampoline in Antwerp last year. There, I also read an interview with you, where you said something like “I need to work. If I don’t, I get depressed”. Eliane Radigue once said that, when she listens to the music she made when she was young, she hears a compulsive composer, someone who doesn’t necessarily enjoy making music, but rather feels she needs to continue.Would you see yourself as a compulsive artist?
Maybe I am. Like I said before I just don’t have anything better to do with my time than to continue making stuff. Many artists loose the urge to create and go on doing something else, but for me this is
the only thing that I think I am, maybe, good at. And I still enjoy it, always have been. There are times that I feel like not making stuff myself and instead enjoy other people’s stuff; reading books, listening to records, watching movies, going to exhibitions, … and then I have phases were I just wanna focus on my own stuff and don’t go out much, except maybe in the evenings sitting in bars talking sports and politics.
– Joeri Bruyninckx
© Copyright http://www.psychedelicbabymag.com/2016
InterviewJoeri BruyninckxSigtryggur Berg Sigmarsson