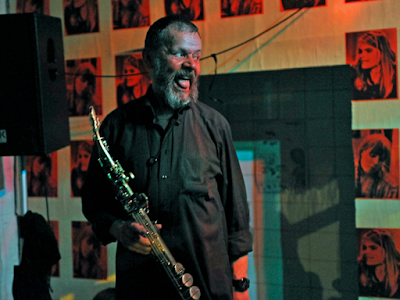 “The older I get, the more critical I become”
Belgian free jazz saxophonist Cel Overberghe plays with his son and played with his brother in law Fred Van Hove. And at the age of 79, he made his debut as a poet. But he’s still most well known as a painter.

You’re a painter, musician and poet. Do you think that people can recognise the ‘Cel Overberghe signature’ in all 3 of them?
If people are willing to do the effort, then yes, they should be able to see the connection in what I do.
I’m always starting off in the same intuitive way. I never know what I’m going to paint, play or write. But over the years, I developed a certain kind of technical luggage that helps me to to find what I want much faster. I can write a word and all the rest comes from there, as if it already existed in my mind.
Do you see yourself as an avant-gardist?
I am certainly not someone who hails all things avant-garde. I don’t think that everything that makes noise is free improvised music. And I’m very critical about poetry as well. Sometimes I can see through things.
Do you see painting as your main profession?
I am a critical contemporary painter, musician and, since a few years, also a poet.
You made your debut as a poet earlier this year. Why did it took you so long to debut as a poet?
I started writing poems at the age of 18, but never thought they were good enough to publish. That changed a couple of years ago when I started to write more intensively. But it wasn’t easy to find a publisher.
In a way, it surprised me that your writing is rather conventional.
That’s just form. The content imposes the form. I don’t just write to experiment.
Does that have to do with age?
That maybe has to do with age, yes. The older I get the more critical I become.
Nature is a subject that often comes back in your poems.
I’m very inspired by the woods lately. That’s a metaphor for the human mind.
Did you move from the city (Antwerp) to the country side (De Kempen)?
I still live in Antwerp but my lady friend lives in De Kempen.
The last time I saw you play live was with Chris Corsano at Stadslimiet in Antwerp, three years ago. How do you look back at this concert?
That concert with Chris still makes my mind spin. It was a highlight for me.
Weren’t their plans to release this concert as an LP?
Yes they were.
Why didn’t that happen yet?
Dennis Tyfus forgot about it. He’s a chaotic man. It’s a pity.
I know three vinyl records from you, and they are all collaborations with Fred Van Hove. Why Fred? What did the both of you had in common?
We were both into free jazz. 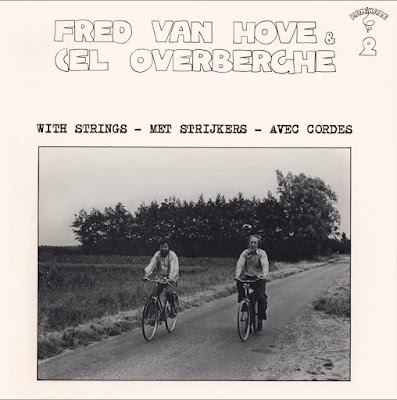 And what were the differences between you two?
I didn’t forswear be-bop, like Fred did. Fred never was a be-bop musician. He hated the pushy rhythms and pushy drummers. That’s why we were a duo.
Why are there only these three records, made between 1972 and 1977?
I wanted to be painter in the first place. And I didn’t want to tour all the time.
The titles of the tracks on those records are often funny. Did humour play a big role in your musical relationship with Fred?
The humour was often self-relativistic.
Do you sometimes still play the piano yourself?
I do, but not in public.
Are you still in contact with Fred?
I don’t see Fred that often, no. He’s got a house in Greece and spends his time over there during spring and summer.
One of the strange releases in your discography is the W!M Fanfare tape.
I never listened to that tape. In fact, I was not even aware that it existed. 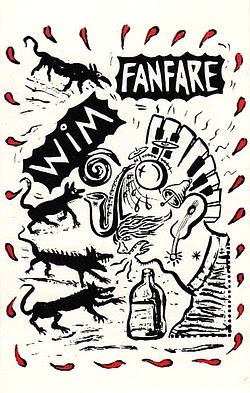 Was W!M Fanfare a real band or more kind of a project?
It was more kind of a project. It brought the W!M members together. Every musician could compose pieces that could be played by the group. But the W!M Fanfare was a very humble effort. Few musicians in it were able to read music.
Something I always wandered about: Keith Richards got often mentioned as ‘Keith Richard’ in liner notes because he wanted to make a difference between Keith the person and Keith the artist. Your son Tom’s name is Van Overberghe, so is your real name Cel Van Overberghe and your moniker as an artist Cel Overberghe?
I shortened my name so it wouldn’t take much space on my paintings, and it stayed that way.
You sometimes play together with your son. Did you ask Tom to play together, or the other way around?
I could not say who asked who first, but it sure is a joy to play with my son.
You’re making art and music for almost 60 years now. Did your music change a lot in that time? Did you change? Did the world around you change?
Of course I changed a lot over the years, and the world around me too. But as I wrote before: I mainly became more critical.
And maybe the most important thing, to end with: are you a happy man now?
Am I a happy man? That’s a relative thing. My wife (Fred’s sister) is in a home for demented elderly people for 4 years now. She’s got Alzheimer. I’ve got a lady friend I get along with very well and I’m still active on many fronts. 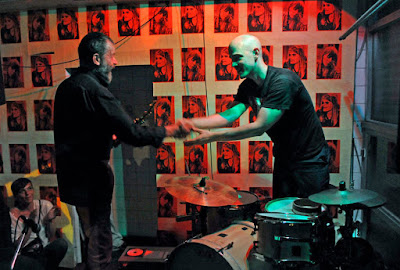