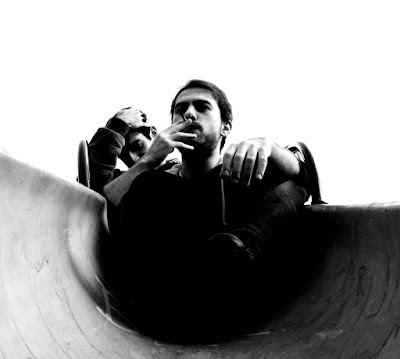 Film Jacket 35 is a garage rock duo formed in late 2014 by John Skevis (Drums, Vocals) and Jam D. (Guitar, Vocals) in Athens, Greece. They use a Telecaster guitar, a 50’s Telefunken mic, heads, plates and an iron lid from an old film. In January 2015 they self-released a 4-track EP which was given from hand to hand during a live performance. After the recording of their new material they’re working on the release of a debut full-length album. Inspirations from 60’s garage and psychedelic rock bands, blues musicians as well as the current garage and indie scenes. Vintage and distorted sound on guitar and drums with much reverb and delay on vocals resulting in energetic live performances.
“We are part of an emerging garage psych scene in Athens with bands like Acid Baby Jesus, Bazooka, A Victim of Society, The Callas, etc. expressing the restless situation around us. We can move instantly or we can die forever”. 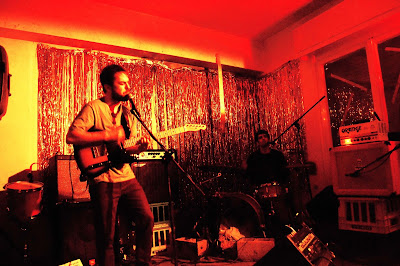 © Anna Kalozoumi
Making of “Waiting For A Way Out”…
We’ve spent a lot of time in the past two years just doing nothing except of playing music and jamming. We had no job, no girlfriend or something to lay on, so the songs that came out were a complex of depressed lyrics/melodies and energetic-optimistic beats reflecting the disturbance in our mind and mood. “Waiting For A Way Out” is one of these songs. We wanted to sound bright and sunny. A bit of crazy, a bit of testing our nerves, just to get the shit out of our brains. From our point of view we had the right people with us while recording and mixing. That’s all!
https://www.facebook.com/filmjacket35/
http://filmjacket35.bandcamp.com/
Film Jacket 35Premieres