It´s our way of releasing energy 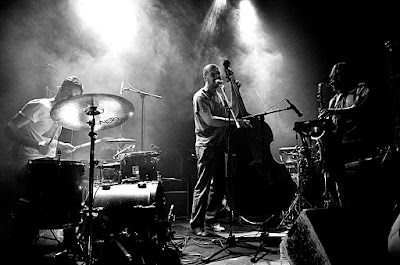 Älforjs.
© Pedro Roque
Älforjs is the new band of Sunflare’s drummer Raphael Soares. Sunflare was a monster and same goes for Älforjs. Their first album, called Jengi, will be released on the first of May. They call it “Vodun Noise”. Spot on.
Sunflare was a psych rock band. What is Älforjs?
“Vodun Noise”. It´s our way of releasing energy, each one of us have their own reasons and interpretations, but Älforjs is the communal sum of it.
Derek Bailey said that, once there’s a sax involved, your music will be associated with jazz. Do you think Älforjs is influenced by it?
Dude, we have a double bass…

Because this interview is for a magazine called It’s Psychedelic Baby, I have to ask: do you see this music as psychedelic and what is your definition of  “psychedelic”?
We see psychedelic as it is, the change of perception. We deeply believe that music should be that change.
What does Älforjs mean?
Älforjs means “saddle bag”. Saddle bags have a traditional expression in Alentejo, in the south center of Portugal, used on donkeys, specially by the Almocreve, who used to be the intercity traveller and shipping service.
And the album title ‘Jengi’?
There is the wikipedia version of it and there is our own delusion: Enslaved in the Babylonian city, Jengi performs Spiritual Rituals to overcome his Nightmares of the Urban Insects, Rain Snakes and Psychedelic Frogs. He Drums on Wood, snaps his Tongue and forgets Language. Jengi is living a Dark Psychedelic Nightmare from which he cannot set his Soul Free… that nightmare is Älforjs. 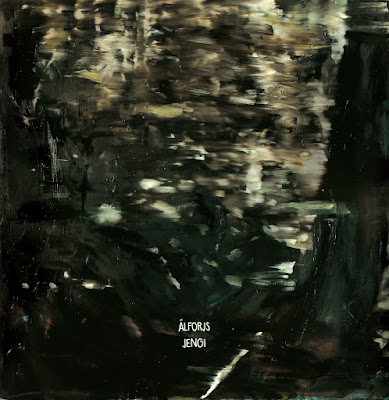 The album consists of two long tracks. How are they made? Is it live recorded music or edited and layered?
It is live recorded in the sense that we are all playing at the same time in the same studio room (A Bruxa – the witch -in Alentejo). Both pieces have composed rhythms and riffs and we improvise around them.
The rhythm is very dominant… Everybody in the band also plays percussion. Why does percussion have such a big role in the band?
In the next one we will all play the violin.
There are various kinds of percussions: Can-like “kraut rhythms”, Don Cherry-like tribal rhythm, industrial looped rhythms, and so on. What can you tell us about the use of various of rhythm spectrum and the possibilities that can be done?
We listen and enjoy all those mentioned references. For this record the common theme was to find ways to keep a pulse immersive.

© Shelley Barradas
We first got in touch 5 years ago. I have the impression that Portugal has changed a lot since. Is  that your impression too?

First, allow me to mention that the European austerity, in most cases, is nothing compared to most world problems. We are three middle class white males with a privileged life. In that context we believe that choosing and constructing the life you want to live is a political attitude.

Lisbon is changing fast, young local people are leaving the country and tourism is overcrowding the city. Gentrification is spreading hard. Despite all that, the underground music scene is better and more eclectic than ever. There has never been more interesting music than these days. 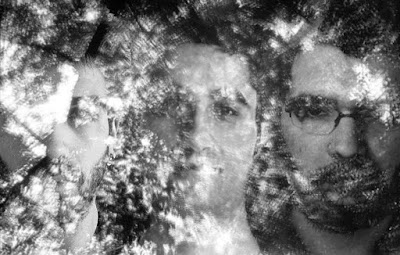