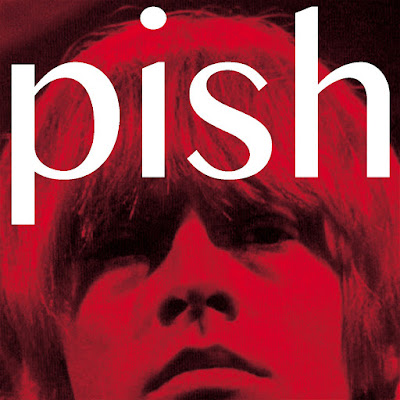 The Brian Jonestown Massacre – Mini Album Thingy Wingy (A Recordings, 2015)
At last count (which seems to change daily), Anton Newcombe has released nearly 50 albums, EPs, and singles over the past 30 years under the Brian Jonestown Massacre umbrella. These include an imaginary film soundtrack, a Charlie Manson cover, song titles to offend just about everyone, particularly Beatles (‘Bring Me The Head Of Paul McCartney On Heather Mill’s Wooden Peg’, ‘I Want To Hold Your Other Hand’, ‘Here Comes The Waiting For The Sun’, ‘We Are The Niggers of The World’, Who Killed Sgt. Pepper?) New Order (‘Blue Order/New Monday’), R.E.M. (‘Automatic Faggot For The People’), and the Dandy Warhols (the infamous ‘Not If You Were The Last Dandy On Earth’) fans, and the odd two-finger salute to religion (‘Just Like Kicking Jesus’, ‘God Is My Girlfriend’). And there are some who still don’t think his chosen moniker is very funny.
Lately he seems to be practicing his Rosetta Stone language skills with numerous French, German and Icelandic (!) tracks and this mini-LP thingy wingy finds him tackling Slovakian (the heavy-lidded ‘Prší Prší’). But through it all, Newcombe has remained fairly faithful to his chosen musical path, combining spot-on recreations of UK beat, Stonesy swagger, headswirling psychedelia, ear-crushing shoegaze, and mellow, blissed-out hallucinogenic navel-gazers that have influenced dozens of bands plying their trade via scores of YouTube marketing (Jesus On Heroine, Rancho Relaxo, Blue Angel Lounge, Bad Liquor Pond, Kingdom of The Holy Sun, et.al.) Here, he even covers a classic 13th Floor Elevators’ song (‘Dust’) and wrangles Black Angel Alex Maas to stand in for the late Stacey Sutherland on electric jug. He’s nothing if not authentic, and his encyclopaedic knowledge of garage and psych music’s forbearers is just another reason he’s one of my favourite composers/performers.
Newc’s also been experimenting with Middle Eastern sounds, and opener ‘Pish’ evokes stoney evenings wandering the Casbah in a purple haze of kif-induced euphoria. ‘Get Some’ is a frolicking singalong with prominent fuzz backing, ‘Leave It Alone’ is a psychedelic, bluesy race through the jungle, trying to outrun something with evil on its mind and blood on its claws, and the, ahem, aforementioned Beatles/Doors pastiche ‘Here Comes The Waiting For The Sun’ is a brain-frying, grey cell-burning, tub-thumping exercise in backwards guitars, African drumming (think John Kongos’ ‘He’s Gonna Step On You Again’ or Gary Glitter’s chest-pounding braggadocio), wah-wah’d vocals and just plain batshit atmospherics that’ll have you reaching for a new pair of smalls if listened to in the dark. Like, it’s a bad trip through hell with the C.A. Quintet on your tail, man.
Review made by Jeff Penczak/2015
© Copyright http://psychedelicbaby.blogspot.com/2015
Jeff PenczakReviewsThe Brian Jonestown Massacre