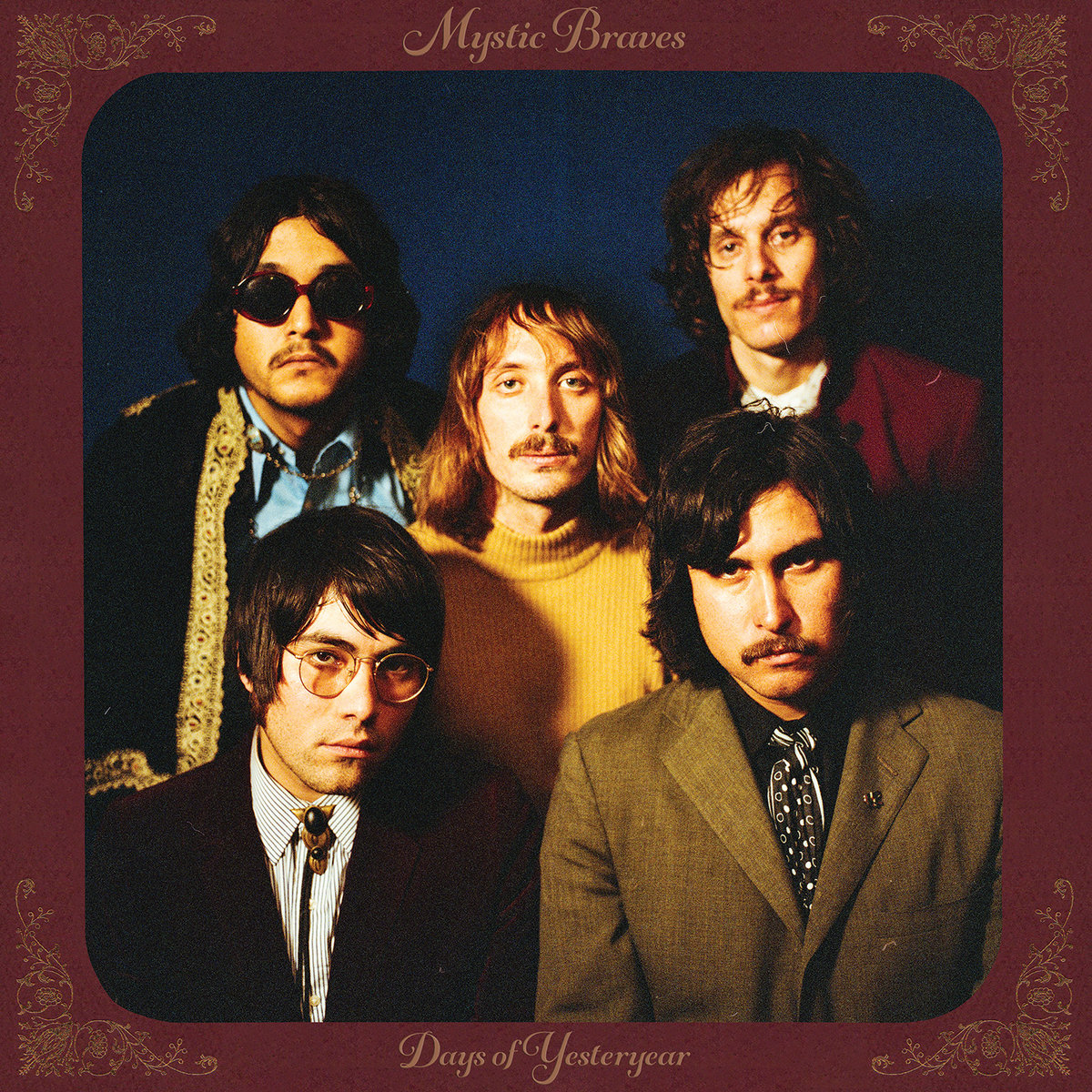 Stepping out from behind their previous more gritty garage sounding outing, ‘Days of Yesteryear’ finds The Mystic Braves delivering a more tightly woven bit of lo-fi neo-psychedelia, complete with jangling sustained quivering guitars, Farfisa organ, and well delivered vocal harmonies that come off a bit ethereal, and delightfully so … think vintage Electric Prunes to the point where you’ll swear your hearing ‘Pushin’ Too Hard’ drifting in the the background.

It seem that there’s more of this genre now then there was during the mid 60’s, and deciphering the good from the bad since The Allah Las burst onto the scene is getting harder than ever … so allow me to say that The Mystic Braves have managed to combine that paisley garage psych with the smooth mellow imagery that’s become so popular, giving them their own space in which to expand your mind, and their sound.

All that’s missing is Andy Warhol, Twiggy, the Shindig Dancers, and a bit of the lysergic.