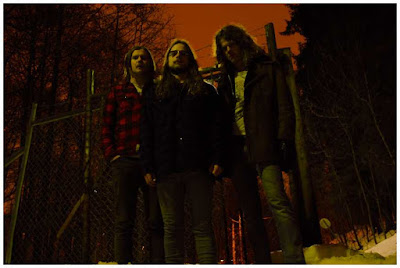 It’s strange for me, but there are only a few rare Doom bands in Norway amongst true Black Metal outfits and pagan clans. I was really surprised when I found fuzz-oriented Psychedelic Doom Rock sect Purple Hill Witch who released their first self-titled album on Church Within Records a year ago. Latest news from the band is release of “Purple Hill Witch” album on vinyl. So what else do they brew in their cauldron? Kristian Ingvaldsen (guitars, vocals) is the one who will answer questions! 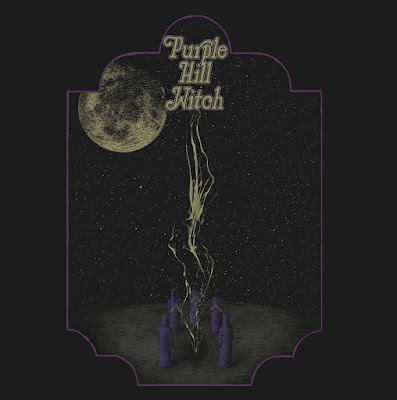 Hi Kristian! What’s Purple Hill Witch current status? What kind of stuff do you boil in your cauldron?
Hey! Right now we’re brewing vinyl of our debut record, and jammin’ out new tunes for the next one! We’ve been really busy rockin’ out with other bands lately, but from now on we won’t relax until another album is shipped off to the pressing plant.
Oh, finally you have “Purple Hill Witch” on vinyl – my congratulations, who helped you in this sinister process?
Yeah, it will be out on the Church Within Records this November, so look out! Sexy time!
How did you choose band’s name? You’re from Norway, so it could be Purple Hill Troll!

Boring story short; the name is utterly random. We needed a name, and lazy as we are, we figured that we could just use one of our song titles as our band name. We had written two songs at that time – one was called “Purple Hill Witch”, and the other had the catchy title of “The Morbid Tales of the Deserted Cosmonaut”. Which one of them to choose wasn’t exactly a million dollar question, haha…
Don’t you want to include Norwegian features in next album?
No, because trolls are so damn annoying! Witches are far more exotic to us up here in the north. I mean, trolls we see every day, but witches are more rare and mysterious. Right now for example, there’s a stupid, up-to-no-good troll beating up an old lady right outside my window… who needs’em…
I kind of had a joke for you – wanted to ask you why don’t you play Black Metal as you live in Norway, but hell! You really play guitars in black / thrash band Condor! How many people in Norway are involved in Black Metal scene? How did you get into it?!
I used to play live guitar for Condor, but not anymore. It was a lot of fun, but in the end I just didn’t have time for it as I wanted to focus more on PHW (plus church burning and troll hunting of course…). Øyvind (our drummer) on the other hand is whipping skin in Condor now, and he’s doing a damn fine job! Their new album is gonna kick some serious ass! As for how many Norwegians that are involved in Black Metal, I guess the answer is too many! There’s so many (crappy) black metal bands around, so when a good one finally shows up I’m probably gonna miss it because checking them all out is a waste of time. But then again, I’m not the biggest Black Metal fan out there…
Purple Hill Witch first full length album has professional production, a lot of remarkable moments, catchy tunes and vocal lines yet it sounds pretty old school. How do you value your work on this record?

Well… thanks! All in all we’re really happy with the record. We wanted the production to be raw and heavy, yet somehow “nice”, and I think the dude that recorded it (and mixed it) really nailed that!
Ha-ha, if you’re happy with that when you can just repeat same riffs in another sequence next time! Do you have ambitions to outdo yourselves with next record?

Hehe.. No, we have no desire to make another album which sounds identical to the first one, and judging by the new songs that we have so far it will indeed be somewhat different. But yes, we’re definitely gonna try and outdo ourselves!
And how do you see perspectives for band’s future grow?
I think Purple Hill Witch today is much cooler than it was when we started out back in 2009. Not only have we grown pubes since then, but I feel that we have kinda found “our thing” now. I guess we have moved a little inch away from the arch stoner sound and long jams towards more NWOBHM-sounding juicy doom. With that being said though, it’s still gloomy and heavy – still Purple Hill Witch.
What are your plans considering next Purple Hill Witch record?
It will crush you! We only lack a couple of songs before we can enter the studio, and we’re super excited about the ones we have so far. If everything goes as planned, we will record it early next year sometime.
Your songs have a solid psychedelic vibe, and first psychedelic artists supposed to channeling a state of drugs intoxication through music and light shows. How do you see this element in your songs? What is it’s role?
I don’t know… I’m not that into psychedelic music myself, but if I can completely lose my mind to a song/show, then that’s great! I don’t know if any of our tunes have that ability, since it’s kinda hard to lose your mind to your own music, hehe… 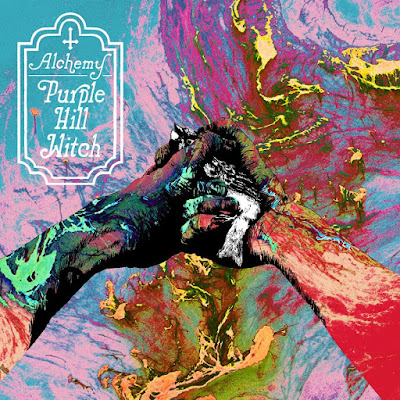 It’s kind of a tradition in Doom Metal and Metal in general that lyrics often deal with supernatural topics. Do you believe in it or is it a tribute to genre with some blurred psychedelic clichés?

I guess the latter. It wouldn’t sound particularly cool if I sang about bad break ups, sports cars and politics, you know. It’s not like we’re trying to preach anything, just tell cool stories about anything that’s… cool. However, I do believe that Tengil is the one, true ruler of the universe. Heh!
Tengil? From Astrid Lindgren “The Brothers Lionheart” book? Such a turn! Then I’d like to ask you what was your favorite book in school?
That’s the one! I didn’t read books in school.
By the way, Purple Hill Witch has good lyrics with poetic images and rhymes. How do you work over songs’ texts?

None of us are particularly fond of writing lyrics, so we always kinda leave it to the last minute. In fact, we’re so bad at it that we (on several occasions) have played new songs live without having the lyrics ready, and I have just howled out complete nonsense in true Paul Chain-style, hehe.. But when we finally do pick up the pen, I guess we like to write about anything that’s mystical and shady enough to fit the music.
Please tell a story about your favorite song from your album.
The title track has always been one of my favorites. It came about an early morning when Andreas and I were supposed to play some old Thrash tunes that I wrote ages ago, but we were much to sleepy for that kind of speed and aggressiveness, so we started jamming out some slow ‘n’ heavy riffs instead to get our fingers warmed up. I guess that’s how the band was born, really!
Norway is well known not only with its truest Black Metal and high life quality but also with beautiful nature and fantastic landscapes. Does it somehow influence upon you?

The landscapes around Oslo (where we live) are far from spectacular in my book, so I guess not! If anything, maybe the cold and dark winter season affects us somehow. Songs that we write during winter tends to be a tad more sinister than those we write during summer, hehe…
Kristian, I’d like to thank you for patience – I have no more questions for you today, so thank you and good luck comrade! Do you have few more words of Purple Hill Witch wisdom for our readers?
Rock hard, ride free! (Aaaaall day, aaaaall night) 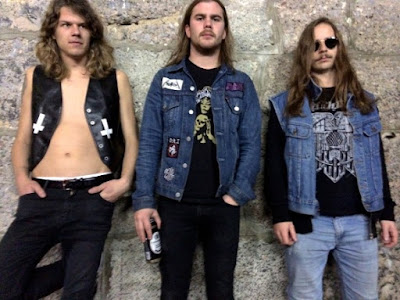