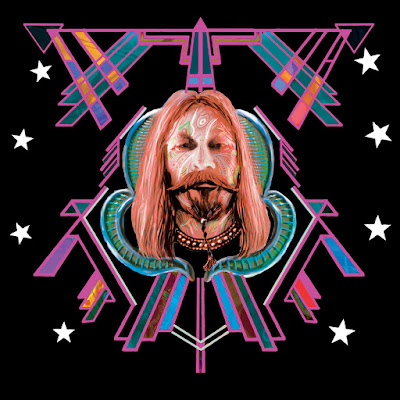 Nik Turner’s Intergalactic Arkestra – “Space Fusion Odyssey”
Listen: https://nikturnermusic.bandcamp.com/album/space-fusion-odyssey
Mr. Turner’s discography takes more turns and detours than the M1 under construction in the summer, but this is approximately his 12th solo project, not to mention several dozen other releases under a plethora of names, many legal variations of ‘awkwind. Always surrounded by the cream of the crop, Turner has outdone himself this time, garnering support from guitarists Robbie Krieger (Doors), Steve Hillage (Gong), and John Etheridge (Soft Machine), legendary jazz drummer Billy Cobham (Miles Davis, Mahavishnu Orchestra), Amon Düül II founder John Weinzierl, and many more. The self-descriptive album title suggests this will be a seamless marriage between the space rock and jazz fusion styles that have been prevalent throughout his 50-year career.
“The owls are not what they seem” (as David Lynch warned), but they sure sound like they’re swooping in to kickoff ‘Adjust The Future’, a frenetic rush of muscular bass, nimble-fingered guitar soloing, and dizzying synth flourishes that all demonstrate where Ozric Tentacles found their influences. Octogenarian Gongstress Gilli Smyth also drops by to add her inimitable space whispers around Turner’s serpentining sax.
Squawking sax adds an eerie vibe to the Eastern-flavoured ‘Hypernova’, and ‘Pulsar’ serves up some tasty jazz fusion licks and appropriately spacey synth bubbles. Elsewhere, ‘An Elliptical Galaxy’ is an air guitarist’s delight, with more free-skronking, jazzy sax from Turner, while the short-but-sweet ‘A Beautiful Vision In Science Forgotten’ adds a funky backdrop to the outer space flashes from oblivion. 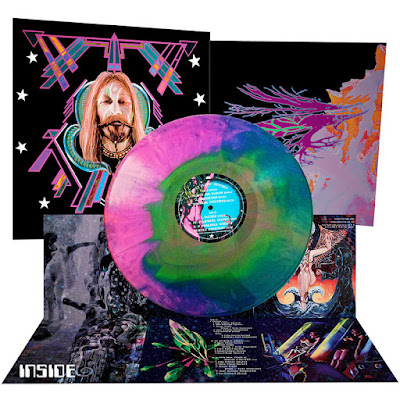 While vinyl junkies will salivate over the packaging (a 12-panel poster fold-up houses starburst-coloured vinyl), real fanatics will opt for the CD version which includes practically a second album’s worth (over 35 minutes) of bonus tuneage spread across four new tracks! Ms. Smyth jostles you from a narcoleptic daze to space-whisper sweet nothings in your ear throughout the sexy, saxy skronking ‘We Came In Peace’, ‘Interstellar Clouds’ is a wah-wahlking, talking funk machine, and you get eight-and-a-half more minutes of floating, Eastern-flavoured navel-gazing with ‘Chapter 2’ of ‘Spiritual Machines’. I even thought I heard a sitar strolling around in there for added comfort and Turner’s dancing flute provides some additional head maneuvering! 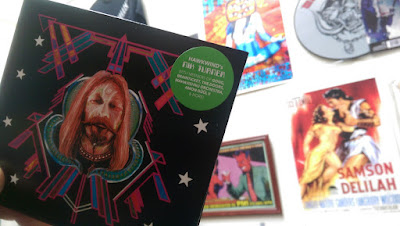 All told, another fantastic outing from Turner and his crew of superstar guests – be sure to catch Turner and his live band performing highlights from the release on his current US tour.
Review made by Jeff Penczak/2015
© Copyright http://psychedelicbaby.blogspot.com/2015
HawkwindJeff PenczakNik TurnerNik Turner’s Intergalactic ArkestraReviews