Tau is the new collective project formed by Shaun Mulrooney who has been a member of Dead Skeletons and invisible man with Berlin ‘kraut’ rockers Camera over the last 4 years. The music has been inspired by the shamanic experience and spending time with indigenous.

The recordings were done with Tiger Bartlett from Kadavar who also guested on drums and co-produced a couple of tracks, including “A Wink To The Elements”.

Shaun “Nunutzi” Mulrooney of Dead Skeletons and Christoph “Tiger” Bartlett (Kadavar) have their own project called Tau. They are recording in Berlin. Tau have an interesting concept behind and their latest work is based on Nunitzis – sacred desert in north west of Mexico. They are inviting many guest musicians such as John Jeffery of Moon Duo and Valo of Soft Moon. Mulrooney will explain some details regarding his work with Bartlett. 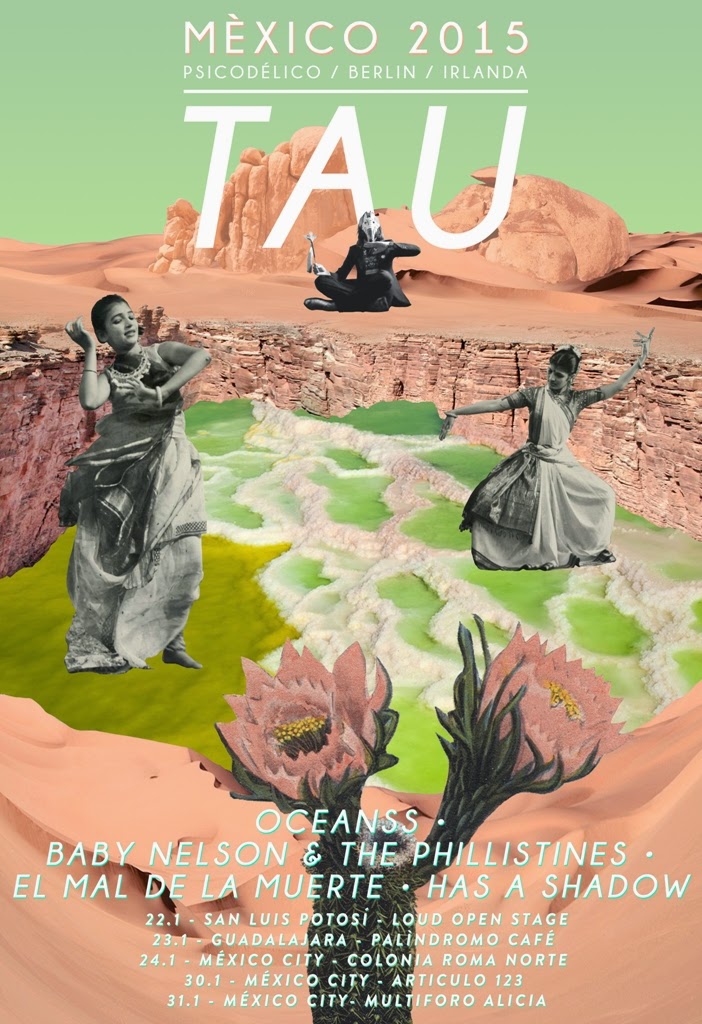 You are currently based in Berlin. Where are you originally from?

What was the local music scene like where you grew up? Do you feel like you were very influenced by that scene?

It was great, there were a bunch of bands who we all grew up with, learned our trade from you might say.

We had a real DIY ethic, I look back at that time in Dublin with very fond memories. Being a young man in a band is priceless.

I’ve been writing since I could hold a guitar (aged 16) but went through a writing slump a few years back as I was getting too much involved in the business side of things. Not the best situation for creativity. After I got back from Mexico I quit almost everything.

That’s when Tau came around…

When and how did Tau form? What can you say about joining forces with Bartlet?

I went to the desert of Real De Catorce (Wirikuta), the magically desert in the San Luis Posta region, known to the locals as the earths navel. A highly charged energy point of the planet, and who knows – possibly the universe. I was lucky enough to be led there by indigenous people called the Wirarika or Huicholes in Spanish .

That trip made me see things very clearly and I realize that I should be working on my own music and not for other people. It was a real Erreka moment and I continue to be inspired by that experience and other yet foreseen experiences that will come along the way.

I’ve been friends with “Tiger” for a while. Everything was very spontaneous and natural. I had these new songs fresh from the desert and was dying to let them rip when I got back to Berlin. He has a studio in Berlin so we went in and knocked the basics out and built it from there.

I would say it’s one of the most pleasurable experiences I’ve had in the studio. He can also play a lot of instruments so there was no shortage of ideas!

Can you talk about the concept behind Tau’s music?

Basically to keep all possibilities open, listen well because the sound is often too soft to hear.

You have two singles available on Bandcamp, but you’re also preparing an EP, which will get released on Fuzz Club Records (June) and also a cassette is coming out in Argentina.

One song on Bandcamp is my version of an Aztec Prayer called “Huey Tonantzin”, which means Mother Earth. It is a traditional song sang in sacred spaces. 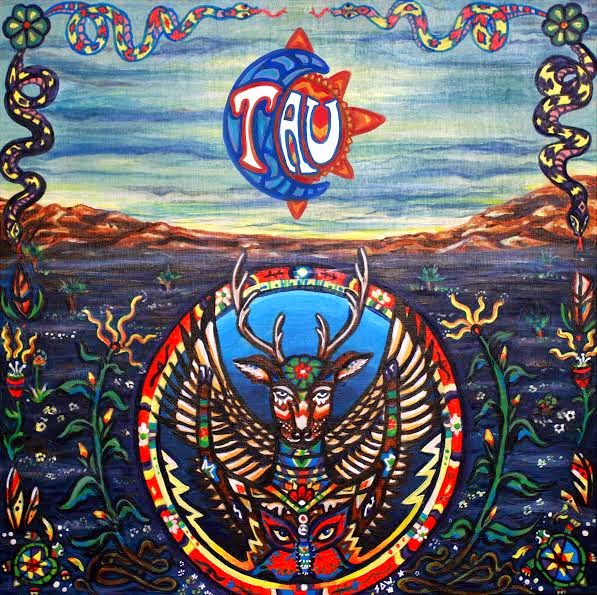 Are you still in the middle of recording process?

Yep, new ideas are coming every day, lots of fresh ideas as I’ve been spending a lot of time in remote locations.

I will work on the LP in March when I’m back in Berlin.

What can you say about song writing process?

Puff, it seems to be continually changing, expanding, shrinking, blooming, inspired, self critical, fragile yet confident.

It’s the thing I love doing most and grateful that I continue to live life in this way.

Can you talk a little about what “Tau” means?

“Tau means padre sol”, father sun in Wirrarika or simply just sun. It also happens to be the 19th letter of the Greek alphabet and has been used as a symbol for life and resurrection

At the moment I’m listening to mostly Greek Folk Music from an Island called Karpathos.

It’s based around 3 instruments the lyre, tsambouna and lauto. A friend recently got the Lee Hazelwood box set which is mind blowing,

When I wanna mood changer I listen to Tinariwen which works instantly. 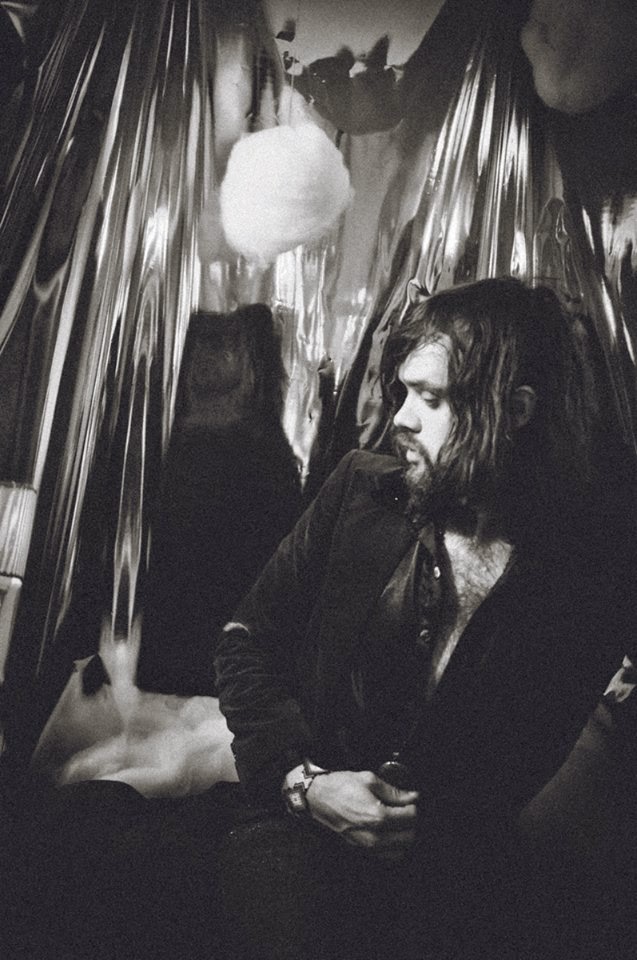 What influences you beside music?

Everything is influential and everything is energy. It just depends on what you let in and what you are aware of. Thoughts, emotions other peoples thoughts, dreams. All of these things effect the creative process

You are involved with Dead Skeletons. How did that came along?

When did you join them?

Have you ever released music in the past with anyone else? If so, can you tell us a little bit about that?

I was the invisible man and co manager for Berlin band Camera’s first record and did a lot of tours with them.

I released a solo record under the name Admiral Black.

I had the pleasure to produce Mueran Humanos debut album, proto punk duo from Argentina.

Let me think, there was my first band Humanzi, we did two records but only Irish people know us as we were gobbled up and spat out by the major label music industry quicker than you could say recoup! 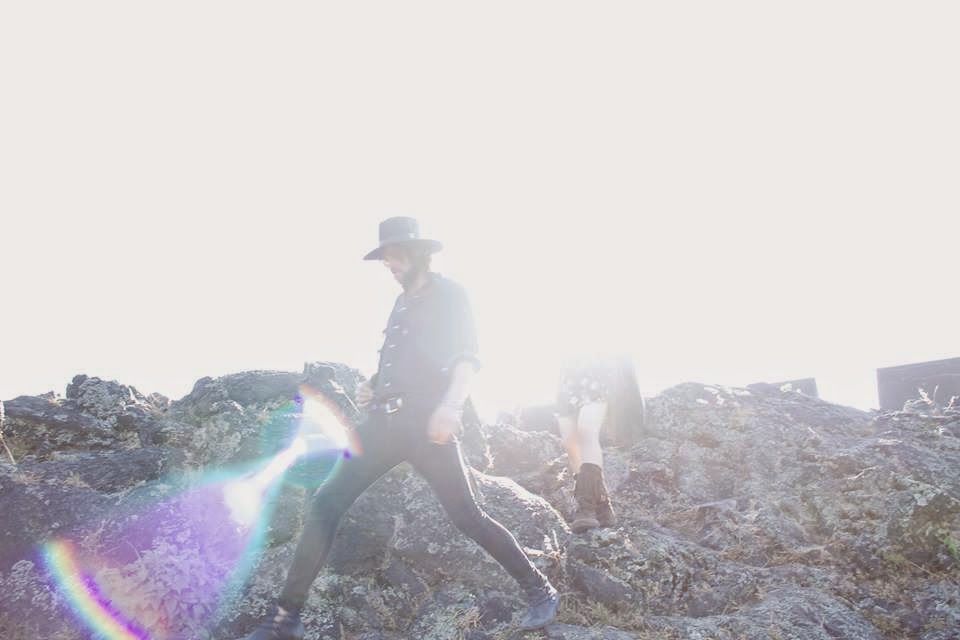 Is there a lot of time and preparation that goes into recording and producing songs?

Not really, most songs are written very spontaneously, the preparation is usually trying to get studio time or trying to convince my friends to record me for free.

I like to keep the songs and structures loose in the studio which tends to make room for that bit of spontaneous error or magic.