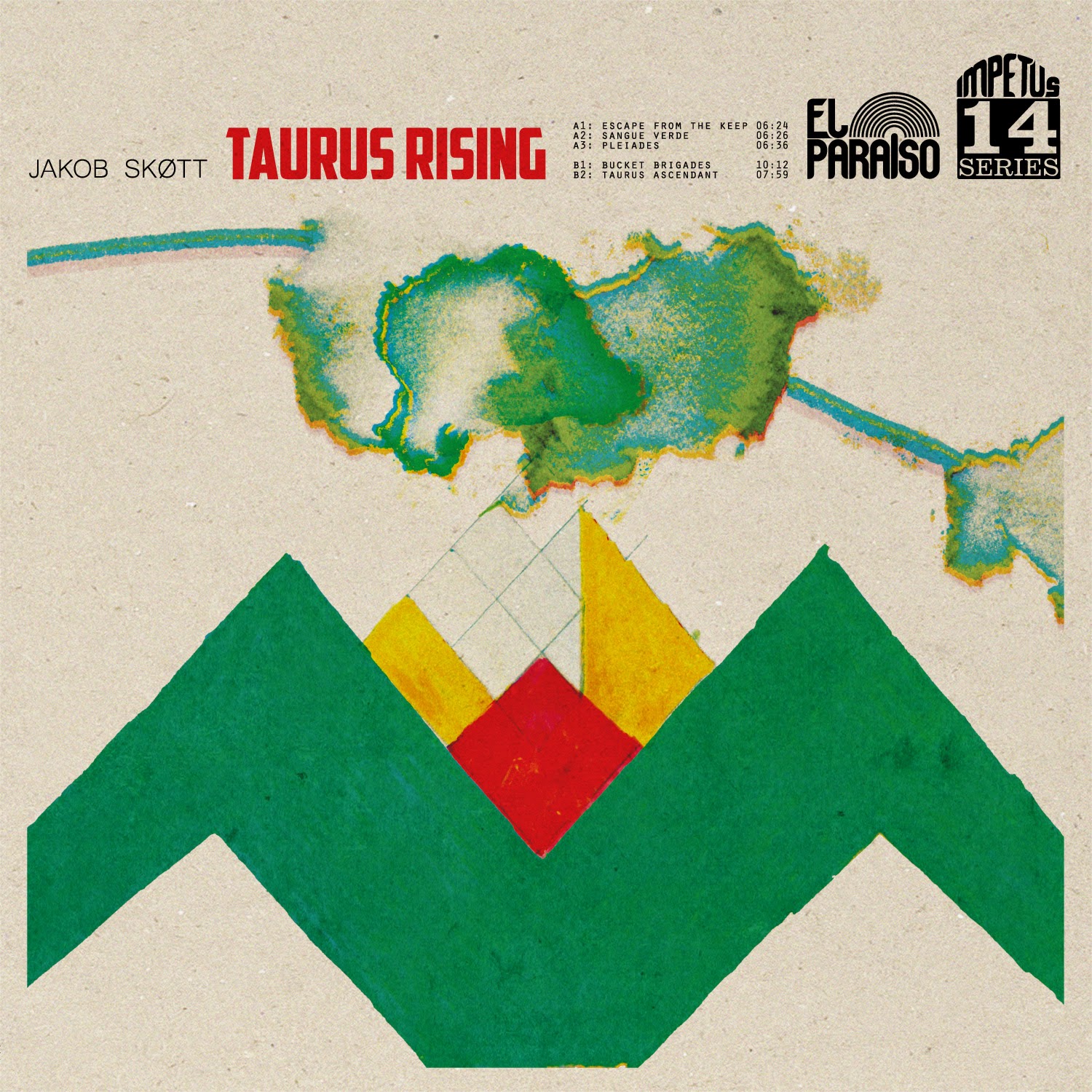 Jakob Skøtt “Taurus Rising” (El Paraiso, 2014)
The third album from the Causa Sui drummer is much more than an exercise in annoying the shit out of your neighbours. Sure, Skøtt’s skinpounding is at the heart of these five tracks, but he’s expanded his modus operandi by wrapping his jazzy, funky fills with groovy synths and gurgling electronics that occasionally reminded me of Stevie Wonder’s classic ’70s albums. Just try to sit still during ‘Sangue Verde’ with its Space Invaders’ arcade sound effects sliding in to a fulfillingly funky finale.
‘Pleiades’ is as spacey as its name suggests – it’s like travelling through the universe on the back of a rocketship with bubbling Yes-styled electronics whizzing by. Perhaps his proggiest track. The album’s longest piece is the 10+ minutes of the equally jet-propelled ‘Bucket Brigades’, an amalgam of motorik grooves a la Neu! that would put a smile on the late, legendary Klaus Dinger’s face. And closer ‘Taurus Ascendant’ is both an effective come down, chill out ambient muscle relaxant, featuring angelic wordless vocals and a near-spiritual experience of the infinite void coming to settle down in your living room. I was tempted to go pull some of my Kitaro albums – always a good thing!
Of course, the jokes are bound to fly when the casual listener hears about the oxymoronic “drummer’s solo album!”, but this is much more than a bunch of boring 5-minute drum solos. Skøtt reins in the excesses and ingests each track with interesting accoutrements that will not only please the drummers out there, but will be equally enjoyed by fans of krautrock, prog, jazz, and funk. What more could you ask from a “drummer’s solo album”?! Air drumming, anyone?
Review made by Jeff Penczak/2014
© Copyright http://psychedelicbaby.blogspot.com/2014
Jakob SkøttJeff PenczakReviews