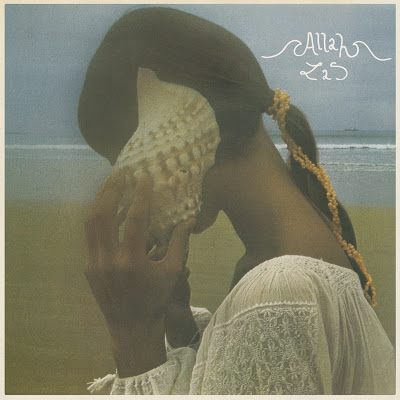 Once upon a time, when a warm enchanting
sun rose and set around just me, a bit of musical wanderlust floated in from
California … it was called Garage Psych.
The songs were filled with cascading distant harmonics, stories of emotional
walls, dreamy romanticism, cutting cynicism, fuzzy guitars, a solitary
loneliness, and above all, it sounded honest; as if the bands were singing
directly to me.  If I were pressed to
define Garage Psych, I would have to say that it captures that easily missed
breath, when youth is both a moment in time and a memory.  That’s why so few garage psych bands last
long, and why so few garage psych bands ever release more than a couple of
defining records.  After all, they’re too
young to know the ways of the world, too young to even know themselves, and too
young and inexperienced to understand the musical inner-workings of a music
studio.  Garage Psych is not a learning
process, it’s almost a one shot deal, so finding bands who can capture and
define that internal moment in time, yet alone set it to a seductive groovy
infectious sound, is always a delight.

Garage Psych has never gone away or out of
style, it’s just become more rare and highly prized, and to that end the
Allah-Las have encapsulated and distilled all of what makes garage psych so
good.  There’s nothing visionary about
this twelve track release, it will forever live perfectly in the moment … a
warm balanced stylized dizzying sunset smile for those like me, and an
emotional breakthrough of profound enlightenment for anyone under the age of
twenty.  The vintage sounding music and
lyrics combine effortlessly, there’s a delightful stoner quality to each of the
songs that are rendered from the heart, and filled with an alienated
vulnerability that’s almost apocalyptic in nature.
The release sounds very off-the-cuff and
easy going, but as always, the things that appear most laid-back are often the
most complicated to capture, with the band diving headlong into an analog
recording process that hung-on for a bit, and all but vanished somewhere in the
late 1950’s with with rise of dynamic stereo.
You don’t just hear this album, you feel it, it’s warm, it’s layered
with magical musical and vocal harmonies, it’s private and restrained, yet
open-ended enough to cause you to stand preoccupied within your own thoughts,
staring off into space.
Review made by Jenell Kesler/2013
© Copyright
http://psychedelicbaby.blogspot.com/2013
Allah-LasJenell KeslerReviews