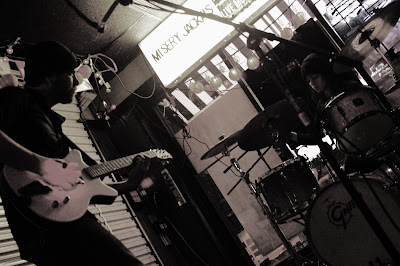 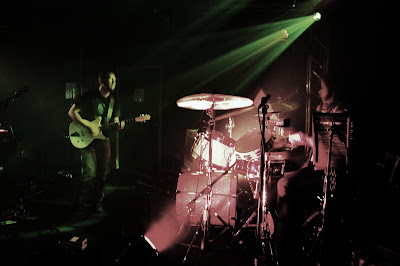 Columbus OH @ Scarlet and Grey – © Chris
Jordan
You recorded your first album Build It Up
before you had really begun playing out much.
Can you talk a little bit about why you went about things that way?
Livia: We arranged the songs during the
recording sessions!  It was a little
insane but I enjoyed working that way.  I
like how recording pushes you to create, fast.
It just happened this way out of necessity.  We needed to have something recorded so we
could get people to hear what we were doing in spite of the fact we hadn’t done
anything yet!  You might call it
impatience, we were just very eager to produce something. 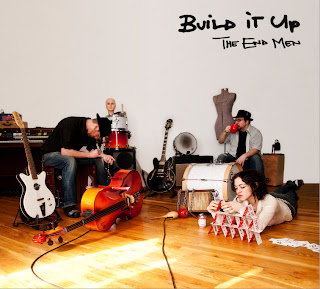 Matthew: The songs we did out for the first
gig were all tunes that had been kicking around for a while that I had
done.  Again, sort of the puzzle pieces,
but none of them were finished.  Having
started and ran with two other bands already in NYC, I just couldn’t see a
point at all in putting in all the effort to gig and not having something that
people could take with them.  It’s easy
to love a band when you are drunk and at the show but even easier to wake up
the next morning and not remember their name or something.  The album was a preventative measure.  I think we all knew this had serious potential,
and I think the audiences at the first two shows saw it too.  That was the real motivation. It was like,
“look, people like this stuff, let’s make sure they are able to remember it,
and talk about it and share it” and all of that.  So getting the EP out became a priority.
How have things changed as far as writing
and recording goes since that first album?
Livia: The songs from the first album are
mostly all Matthew’s idea, which we took and put together as a band, but the
raw material was already drafted.  Play
With Your Toys was really a co-writing experience for the two of us.  We pretty much wrote and arranged all the
songs together, and we had played that material quite a lot before hitting the
record button.  The only exceptions are
the Play With Your Toys I and II tracks which we sort of improvised during
recording.
Matthew: There is a lot more, ‘production’,
I guess you could say on Play With Your Toys.
Build It Up was viewed as this sort of functional necessity.  I didn’t want to be out there without the
best business card a band can have, so we made the songs just as they were
live, we just tried to capture it and make it sound as good as we could.  With Play With Your Toys we had and took a
lot more time to really create and craft an album.  Writing since then has, as Liv said, been
almost totally collaborative.  I’ll still
write lyrics on the train or whatever, but musically we hash all that stuff out
jamming in the rehearsal studios.  All
these little jams and riffs come out of goofing around and then when they start
to take shape, I tend to look through what I’ve been jotting down and see if it
will fit with the ideas and melody, or if we can manipulate the words to fit
the music or whatever.  The songs are
stories, so like all things there are a lot of ways to tell a story.  Maybe we cut a word or six or whatever to
make it fit the idea of the melody, but that’s all part of it.
You’ve self-released two albums at this
point, 2011’s Build It Up and the recently released Play With Your Toys.  Can you tell me a little about the recording
of each of those albums?  Who recorded
them, the equipment that was used?
Matthew:
I went to school to be an audio engineer so I have, just by nature of
that, amassed a fairly decent collection of microphones and recording equipment
as well as a great deal of knowledge and philosophy.  It’s a funny dichotomy though because half of
the stuff is real legit, like a bank of Focusrite preamps and a stereo tube
compressor, that kind of thing, some nice microphones.  Then the other half of it is stuff I’ve
built, or stuff that’s in disrepair but under the right circumstances sounds
great totally by accident!  More than the
gear though, I think what pleases me most about the records is that we trusted
our taste when it came to the sounds.  We
did a lot of listening but not a lot of contrasting with popular music.  It was like having an idea for a sound and
tweaking and tweaking to get it the way it sounded in our heads instead of
trying to copy a sound we knew from something else.  Jason’s leads on Build It Up are a great
example of this I think.  It was this
fantastic Sheraton but we played it thru this seventy-five dollar bass practice
amp that is pretty much transparent sounding.
If you just peg everything at 10 all the sudden it starts to sing.  I used something like three different mics on
it, and then had a tube pre in the chain.
After messing with and blending those sounds, it just turned out epic
sounding.  All in all I think knowing
that what we had was simply what we had and we had to make the best of it
worked in our advantage.  Also with both
records, we went for a very natural and very ‘live’ sound to convey the vibe
and energy we wanted, Play With Your Toys is a great example of that.  I’ve had people tell me that it isn’t a very
loud record, and honesty they’re dead wrong.
Compared to something that has been slammed in mastering, like most
modern releases, sure, it is going to seem that way.  I promise you though, reach for the volume
knob and goose your system a bit and that album cooks.  The difference is of course that it moves up
and down and so the loud can surprise you and add some depth, instead of just
being compressed and loud from start to finish wearing you out. 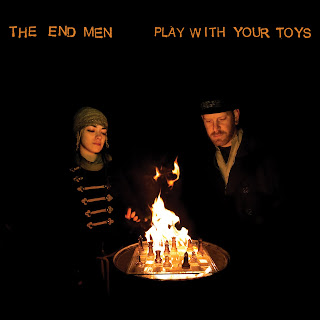 Was the Play With Your Toys album easier to
record?  You had experience with the
first album and there were only two people playing this time around, did it
make thing simpler or easier at all?
Livia: No!
I felt like an eight-month pregnant lady walking around wishing the
thing inside of her were out already.
All jokes aside though, the album took forever to be launched.  There were more songs to work on than Build
It Up and we had a much more specific idea of how we wanted the album to sound,
which instead of making it easier made us more demanding of ourselves and each
other.  We also struggled with the mixes
for a while.  The fact that there was
only two of us and we had only worked on one album before may actually be the
only reasons why it is out now hahahaha!
Matthew: I think the open ended nature of
it made it more difficult actually.
There was no rush to get it out, so we took our time.  Also time was a huge factor in the whole
thing.  From start to finish it probably
took us less than a month to record, mix and master the album.  The time issue being that we didn’t have a
month straight to work on it. It was a day here, two days there and so on over
the course of nearly a year.  That and we
didn’t do it the same way.  We had a
different approach to getting the drums, new gear and amps, new instruments, as
well as a much larger scope that we wanted to bring to the finished
product.  If you listen to Build It Up
and then Play With Your Toys they are really from two different worlds.  I think that also makes it fun for us
though.  If it was cut, copy, paste, we
just wouldn’t want to do it.  We are big
advocates of, “Hey what if we try this?
Hey what about that”?  It was all
about experimentation and exploration, finding ways to entertain ourselves in
the process of trying to tell our story.
You have played several overseas tours at
this point; do you particularly enjoy playing overseas?  Do you have any international tours planned
for this year?
Livia: We have only toured Europe once so
far, but I am happy to say that we will be going on our second European tour in
mid-September.  We’ll play in Italy,
Germany, Belgium, The Netherlands and maybe Switzerland.  I’m excited to be back on my good ole
continent.  It’s a good way for me to get
back and reconnect with family and friends and play shows and travel a lot all
at the same time.  In general also, I
think that touring is my favorite aspect of playing music. 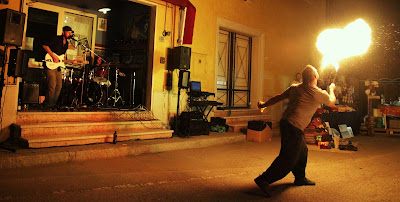 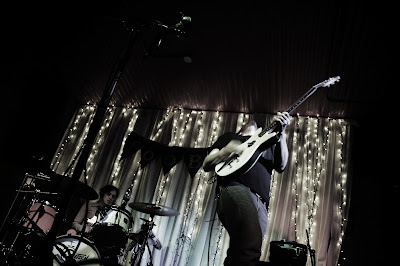 Utica NY @ The Uptown Theatre – © Nicola
Raggi
Is there anything that I missed that you’d
like to talk about or anything else that you wish to mention?
Matthew: I have to be honest, I think this
is by far the most thorough and in-depth interview I’ve ever done!  You got it all and then some!
Livia: Really?  Are you asking that to Matthew?  My friend, I hope you took a day off… 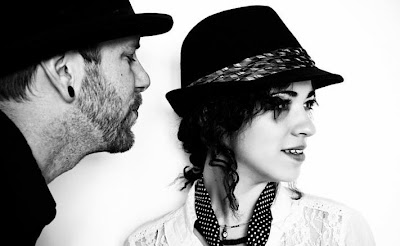