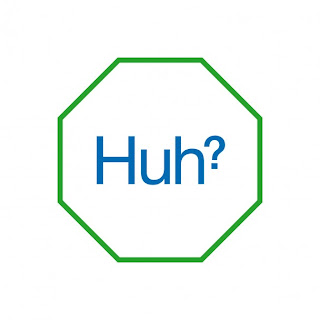 “Bewilderment” is the first word
that came to mind after listening to Huh? by Spiritualized, which is, and
always has been a Jason Pierce [J. Spaceman] effort … setting forth on
another questionable chemical adventure [at least that’s what the album art,
with an imagined element from his own personal Periodic Table would
suggest].  Though once I made the
adjustment and settled in, content to listen to his orchestral arrangements,
arrangements filled with rhythmic cycles, in zero gravity, images of Brian
Wilson began to tumble through my head, images that were instantly meshed with
The Beatles’ Magical Mystery Tour, where hypnotic wonderings were mixed with
classical structures and drifting drug induced rock n’ roll, layered in reverb,
backwashes of coloured sound, and a calculated intensity that ebbed and flowed,
building from almost nothingness into sound that possesses actual weight and
intensity.  And all this is delivered by
a tender shaky voice that sounds unsettled and searching, full of longing and
honesty … and no regret.
Jason finds many voices here, at times
verging on controlled refined noise, while at other points he pulls together a
warm Delta blues sound filled with enough soul to bring to mind the likes
Wilco’s “Red Eyed & Blue.”
But the comparisons don’t stop there … like a living hallucination,
Jason draws from everything, even himself [Spiritualized and Spacemen 3],
coming at you from just outside your field of vision, until you’re rolling so
in tune with the music and the concept, that like any good drug, there’s no way
out, you’re locked in for the rest of the trip.
And it’s a warm introspective psychedelic ride to be sure, one that
opens with a great bit of pop wanderlust, and then slowly unwinds like the
spring of a mechanical watch, giving all, while winding down into oblivion.
Review made by Jenell Kesler / 2012
© Copyright
http://psychedelicbaby.blogspot.com / 2012
Jenell KeslerReviewsSpiritualized