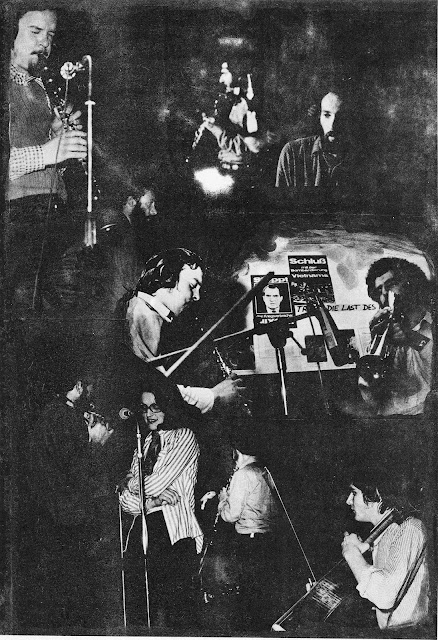 AK Musick formed back in the early 70’s. They were interested in producing music in a very democratic way. Their legendary LP is now a very rare item of what I would call “German experimental era”. More about it in the following interview with Hans Kumpf, clarinetist. Special thanks goes to René Debot for helping me to get in contact with Hans.
Interview:
There is not much known about your group AK Musick. Tell us about the formation of the band? Where did you find other members?
We all five members were studying at the
Teacher’s College (“Pädagogische Hochschule”) in Ludwigsburg close to Stuttgart
in Southern Germany. Three of us (Alfred Lell, Winfried Koch, Hans Kumpf) had
the same clarinet teacher. The singer Angela Weber I have known already from my hometown of Schwäbisch Hall, where we joined the same pupils’ choir. The
Keyboarder Helmut Grab also studied with the famous composer of contemporary
music Helmut Lachenmann, a Luigi Nono alumnus.
Were you and other band members of AK Musick involved with any other
projects before 1972?
Helmut Grab was busy in improvised rock
music; the others were more active in classical music. I was the only one who
was really involved in jazz before.
Let’s share a few words about your childhood and teen years. You grew up
in Stuttgart. What did you study and what influenced you the most?
I was born in Stuttgart in 1951, but the next six years I grew up in
Markgröningen in the Stuttgart area. My parents moved then to Schwäbisch Hall, quite in the
middle between Stuttgart and
Nuremberg, in 1957. There I was impressed by foreign students of the University in Heidelberg who performed in my
hometown: I could listen to the original music of Africa, Asia and America.
When I was a teenager I was already interested in the music from the whole wide world. In an alternative youth club (“Alpha 60”) I attended interesting jazz concerts (like pianist Wolfgang Dauner and trombonist
Albert Mangelsdorff) and later I
organized “music weeks” (including
classical + contemporary music, jazz an             advanced pop/folk music). In my
school, which was specialized in music, I as a pupil/student had the responsibility for culture. In
May 1969 I organized a bus trip to Stuttgart, where Jimi Hendrix performed –
even some months before the Woodstock festival.
When I was eight years old, I
began with a recorder (simple flute), later I learned in lessons trumpet, piano and clarinet. Now
clarinet is my main instrument.
AK Musick is a really avant-garde project consistent of free jazz
influences. What can you tell me about the concept behind it and what does the
name actually mean?
We all were eager in new things, we wanted
to make music in a very democratic way. Everybody had a classical education –
this was the base. Of course we were also influenced by the avant-garde  composer Helmut Lachenmann (who also was in the studio during our LP
recording). He writes very intellectual compositions, and the parameters are
very important (this we learned with the Stockhausen alumnus Johannes Fritsch in
Darmstadt, too!). AK Musick? “AK” is a German abbreviation for “Arbeitskreis”
(“workshop”), which was used at the universities quite often at that time.
“Musick” is a mixture of the English “music” and the German word “Musik”. Even
in medieval times they wrote “musick” in England. And in “Musick”, there is
included the English word “sick”. We had humor. 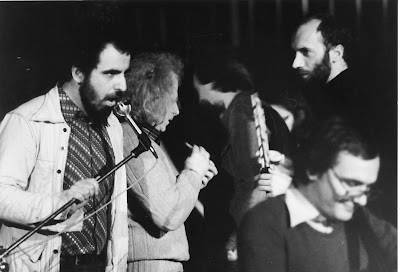 Is the musical content a live-recording from the 13. German Jazz
Festival Frankfurt, that held on 14.11.1972? Would you like to tell us a bit
more about the pieces on the LP? 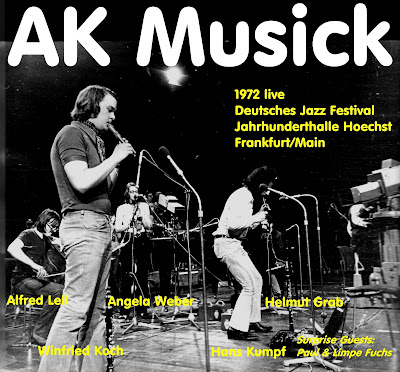 No, no – be careful! In March 1972 we
played at the German Jazz Festival in Frankfurt at the Newcomer’s Concert –
with more than thousand listeners and “live” a radio/TV recording. In the same
hall the Rolling Stones and Janis Joplin performed before, later Miles
Davis and many others. On November 14 in the same year we recorded the LP at
the famous Bauer Studios in Ludwigsburg. We prepared the studio session very
carefully – time is money. At least we did it in three hours. The sound engineer
was Martin Wieland, who had recorded before the popular cologne concert by
Keith Jarrett for the ECM label. 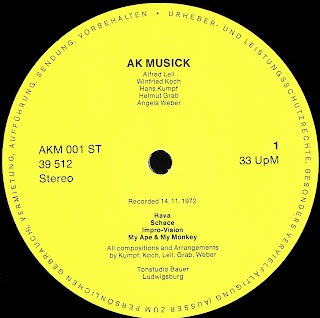 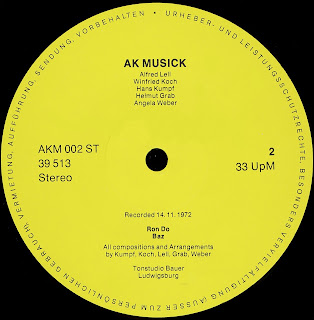 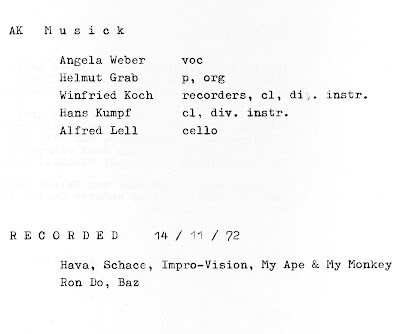 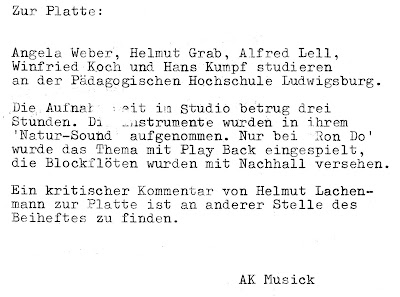 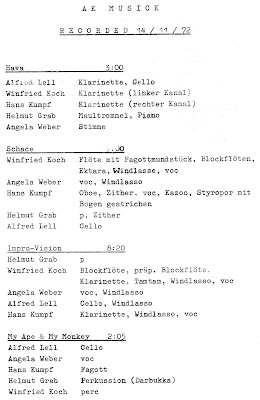 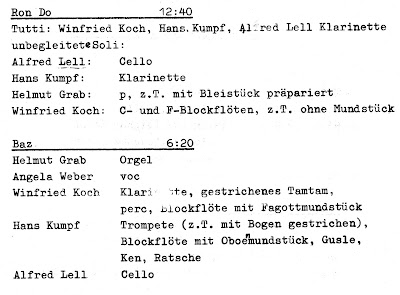 “Impro-Vision” sounds like electronical
music – but we used only natural instruments, “Hava” is a feature for three
clarinets, “Ron Do” is like a classical rondo, but with solo improvisations as
the new parts. The theme we played only once, and it was later technically
copied to fulfill the rondo form. 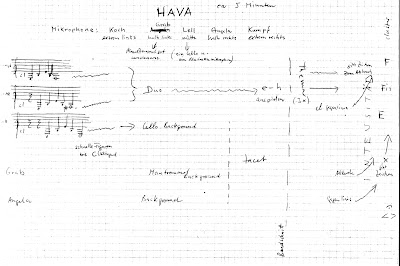 The “composition” of the first
track of the AKM LP. 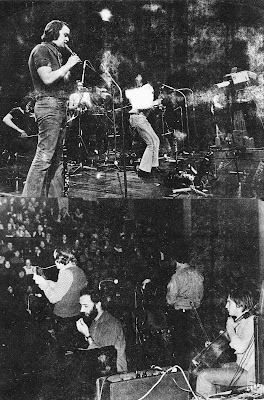 What can you tell me about the label AKM Records. Was this your label?
The cover artwork and everything is all handmade. How did you decide to do so
and how many copies were released. I believe 200? 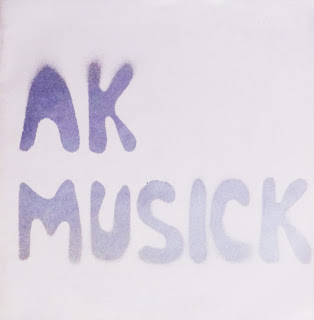 We released 150 LP’s. We were students and had less money. Therefore it
was the cheapest way to make the
cover art for our own as handwork – with templates. The booklet we printed with the help of the student’s
association. We worked for a December weekend at the floor of the Ludwigsburg teachers college.
It made fun.  It’s crazy: Today at Ebay
they pay more than 700 Dollars for
our old and historic long playing disc. 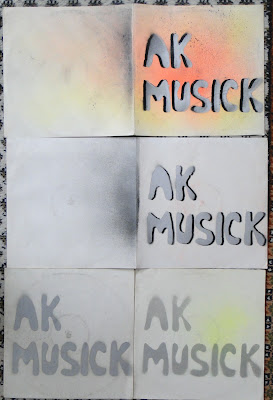 How long did the project last and did you play anywhere else? Are there
perhaps any other recordings still unreleased?
Besides of Frankfurt, we only played in the area round Stuttgart. AK
Musick as quintet xisted for a
decade. In 1980 we did the performances “Spuren einer Russlandreise”
(„Tracks of a Russian Trip“)
after Winfried Koch and me were in Moscow and Leningrad/St.Petersburg.
It was a multimedia combination of art and music. We all stayed friends, but we didn’t play in the old
quintet ensemble. For instance, Angela Weber, Alfred Lell and me were singing
in the choir of the musical “Cabaret” at the Stuttgart State Theater… 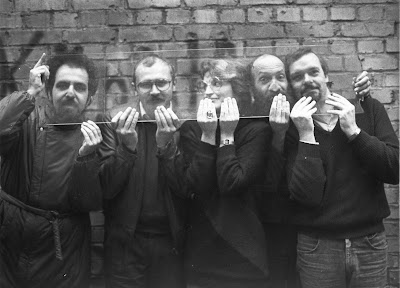 Twelve years ago I went with a radio tape of the Frankfurt festival
concert to the Bauer Studios for digitalizing the analog recording. Then I burnt CD’s for my own. That is all. 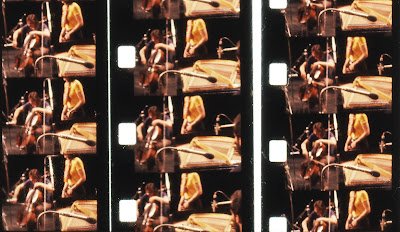 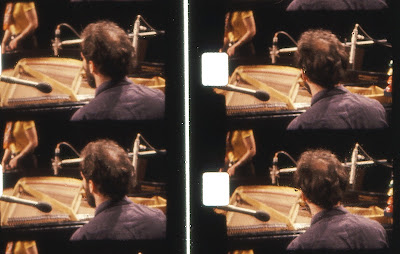 ‘Free Blacks’ is your next music project. You joined forces with Perry
Robinson. Wolfgang Dauner was also part of this album. What can you tell me about
it? This was again a very limited issue?
Perry Robinson was famous as the leading free jazz clarinet player. So
he was interesting for me. I heard
him several times before, but when he played in 1974 (2 years after AK Musick)
at the Frankfurt festival I
spoke with him, and soon we settled a duo on a bark bench outside the festival hall. We played in harmony like
two brothers. After that I organized a studio recording in Stuttgart. It was after a
concert he did with Gunter Hampel – between 1 and 3 o’clock in the night. Because there was
time left for the LP I added three solo pieces. There is one (“Mona-a-gogo”) with a little help
of my friend Wolfgang Dauner. He had invited me for recordings at the Radio Stuttgart before,
and after that I arranged this peace for me as a clarinet on two different tracks. These
two tracks he transformed with a ring modulation of his synthesizer. I produced 200 LP’s
of “Free Blacks” (it means the free black clarinet instruments…) 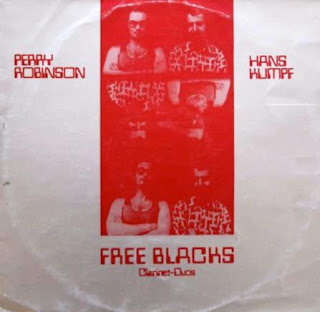 AKM Records released ‘In Time’, feat. Theo Joergensmann, Bernd
Konrad, ‘Jam Session Leningrad’, feat. Anatoly Vapirov, Sergey
Kuryokhin, Alexander Alexandrov and ‘Jam Session Moscow’, feat. John
Fischer, Leonid Chizhik, Alexey Zubov. What can you tell us about projects
you had together with previously mentioned musicians?
You know, I established the AKM label for my own – with no business
strength. Just for fun. My clarinet colleague Theo Jörgensmann (we met us in Remscheid – close to Cologne
– at a jazz clinic in 1969) had no
own label, then I said he could write “AKM” on the sleeve.
My second trip to the passed away Soviet Union was in December
1980/January 1981 when I had my
regularly vacancies as a teacher. But then I smuggled my clarinet in and a tape
out – Jam Session Leningrad. There I improvised
together with saxophonist Anatoly Vapirov, bassoon player Alexander Alexandrov and the late pianist Sergey
Kuryokhin. I was the first Western jazz avant-gardist to play in USSR together with resident
musicians. I came as normal
tourist and had to hide my ambitions against the KGB.
Some months later, I traveled with my New York based friend John
Fischer (piano), to Russia and we
did a Session in Moscow together with the well-known players Leonid Chizhik
(p), and Alexey Zubov (ts). Chizhik now lives in Munich, Zubov moved to Los
Angeles.
In 1984 you released ”On a Baltic Trip” album on Leo Records. What’s
the story behind it and what followed after this?
Leo Feigin is a refugee of former
Leningrad, who worked for the Russian Service of the BBC in London and found
the label “Leo Records”. He had presented my LP’s recorded in Leningrad and in
Moscow already in the British radio. And so he was so friendly to release my
sessions done in the Baltic metro poles of Riga, Vilnius and Tallinn as a
“real” record company. In Estonia, Lithuania and Latvia I played together with
leading jazz musicians there. Of course I was quite famous in whole Soviet
Union thanks to the underground propaganda of the free jazz dissidents… 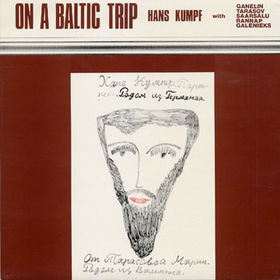 What are you currently working on?
In meantime I am retired as a teacher. I am busier in writing articles
and working as a photographer
than as a clarinetist. So have no special planes as a musician. If the people
ask to perform with my Polish
wife Katarzyna “Polish Poetry + Jazz”, I can do it. On other sides I like to play at openings of art
exhibitions, and often I play a kind of Klezmer music at events for killed Jews
by the Nazi regime.
If you look back in the late 60’s and 70’s. How did you see this German
scene. You were more part of jazz scene, rather than rock experimental scene
with acts such as Amon Düül II, Embryo etc. But were you connected with what
was happening at the time and what was the scene in your city?
Hitler time was not long far away. We wanted to have a better Germany.
We wanted to make a democratic
and world open minded music. Of course, I have known and listened to
Embryo, Amon Düül, but it was no
influence to AK Musick. When we played at the Frankfurt festival Paul and Limpe Fuchs (often
partner of the piano player Friedrich Gulda!) joined us as surprising guests on the stage. The best
concert of my hometown Schwäbisch Hall in 1969 was “Black Sabbath” with Ozzy Osbourne… They played for 600 Deutsche Marks (approx. 200 Dollars) in a former church. 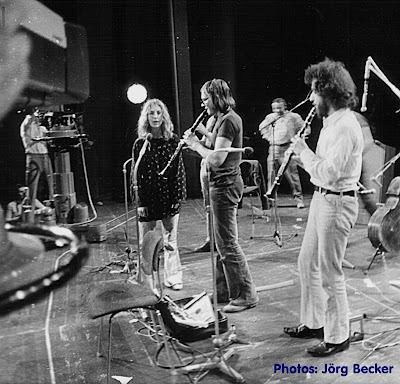 Thanks for taking your time. Would you like to send a message to It’s
Psychedelic Baby readers?

Keep the eyes and ears open. International
understanding is so important. Maybe music can help. 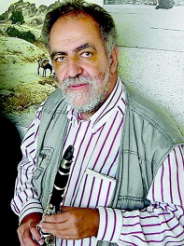 Interview made by Klemen Breznikar/2012