Dodson And Fogg is a music project led by Chris Wade, with guest appearances by such people as Nik Turner and Celia Humphris of ‘Trees’, Krysztof Juszkiewicz of ‘Skin Alley’, Judy Dyble of ‘Fairport Convention’ and Ellie Davies on the cello. So far they have been played on BBC Scotland (Iain Anderson Show), Acoustic Spectrum (Beyond the Tracks), Genevieve’s BBC Folk Show, Express FM (Scattering the Roots) and others. It’s really refreshing to hear something ‘fresh’ and fairly unique in the world of progressive/psychedelic folk.

Well as far back as I can remember I had a keen interest in playing music. I started playing guitar as a very small boy, and my dad encouraged me and my brother all the time to keep playing. He even kept all our demos long after we thought they had been lost in time, so he’s got all the things we did on old cassettes. Most are horrendous but it’s all part of learning. My dad was the one who played all the records at home and got us into great music from a young age, so he always inspired us. The first bands I loved were Nirvana and Black Sabbath when I was 8. I started collecting Sabbath’s records with my pocket money, and going to the odd record fair with my dad. I messed around with bands a little bit when I was younger, and as a teenager I used to spend most of my spare time recording tracks on my old 4 track tape machine. Then me and my brother and sister had a kind of punk band going in around 2007 and 2008, when I was 22 or so, where we played gigs in our town of Leeds. It was great fun, like everyone coming along for a party, but I don’t think they were as into pursuing music as I was and it kind of trailed off. The last 3 or so years I’ve been working as a writer, but have also been re writing some of my old acoustic tracks and of course writing some new ones. Only this year have I really got deep into music properly and it feels great to finally have something to show for it.

“Acid folk with psychedelic over tones”

Dodson And Fogg is a fairly new project.

It’s my first proper music project. I’ve had books and audiobooks released over the past 3 years. I did comedy audiobooks with comedians Rik Mayall (The Young Ones) and Charlie Chuck (Reeves And Mortimer) based on my stories, which are very surreal and there are other books out there too and even the Hound Dawg Magazine I often do online, but this is my first proper music project. It’s basically folk-rock, or maybe acid folk with psychedelic over tones. I don’t know how best to describe it really, it’s just the natural thing for me, the way these songs have come out and I couldn’t be happier with them.

Is there a concept behind it?

I have written most of these this year and I do think as the album flows they do tie together nicely. Some are quite dark in mood and others are lighter, but I do think they flow nicely as an album. There were a lot of tracks left over that didn’t quite fit, so a lot of thought went into the running order and the whole feel of the record.

How did you get Nik Turner (Hawkwind) and Celia Humphris (Trees) to play on your album?

Well I interviewed Celia for my online mag Hound Dawg about 2 or 3 years ago and Trees are one of my favourite bands. I’ve been listening to their two albums ‘On The Shore’ and ‘Garden of Jane Delawney’ more and more and one day asked her if she would be able to record some backing vocals for some tracks.

When she said yes and I heard what she had recorded I was amazed. She made them into something else. Same goes for Nik. I sent him some songs and he recorded some amazing flute parts that enhanced the songs, made them more atmospheric which is the kind of sound I love the most really. Every idea Nik and Celia had for the songs was perfect for me. Judy Dyble, who was the first singer for Fairport Convention is also on one track and Kzrysztof Juskiewicz of a band called Skin Alley even does a little something on one track. I just love that era of music, late 60 and early 70s. Even though I wasn’t born, I just prefer the sound of those days to most that we have nowadays. I think more bands did it for the music than anything else.

Your album is coming out in November.

Yeah the album is out to download and buy as a CD from November 1st, but if you want to pre order a CD you can do it from the Dodson And Fogg page on my website here. There are sme samples and videos on there too and a little bit of info on the album too. Also it might be a good idea to follow the Twitter and Facebook pages, as you never know the release might be brought forward. 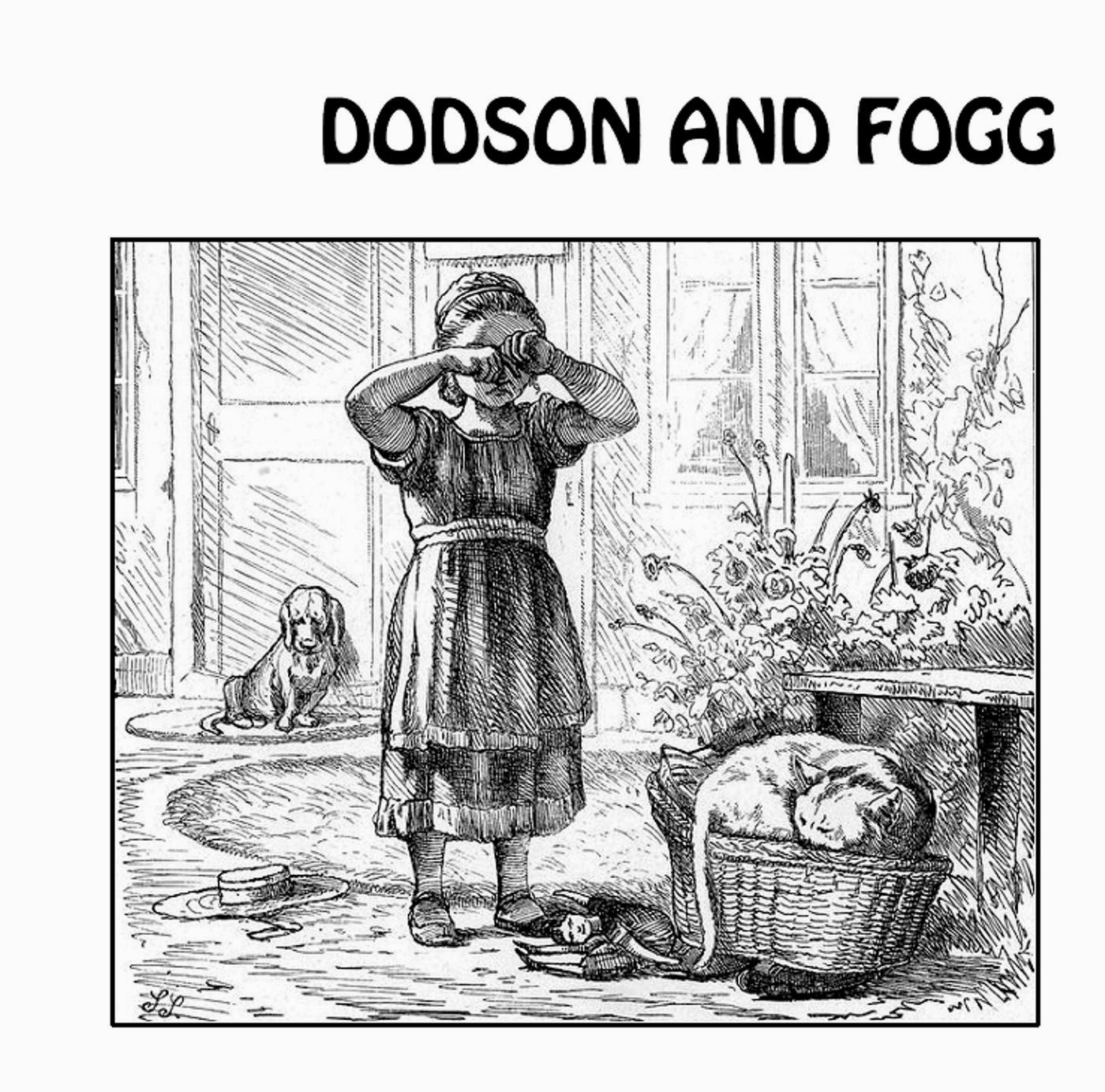 The funny thing with this is, I have a little studio in my home which i have set up just the way I want to, and have worked like a donkey (well not quite a donkey, that would just be odd) all year on how to get the best out of my microphones and really working on production techniques and stuff. There were no sessions to speak of as I have been in and out of the office/studio for months on end, and the collaborators on the album did their pieces and emailed them across to me. That was the exciting part, remixing the tracks with legends like Celia and Nik on them. It was a real thrill for me to sit down and put them into the songs.

The songs themselves all came out naturally, but I do think they all kind of reflect a kind of, not quite voyeurism, but at least documentation of people and surroundings. It’s kind of about taking a good look around you and taking notice of the many weird and wonderful things that can occur. One like ‘All Day Long’ with Celia which opens the album, is about that kind of restless person we all see, someone who is basically wandering around all day, a kid of lost soul with problems. We all have seen them around and ‘All Day Long’ is a snap shot of one particular chap I have seen around a lot just looking lost. ‘Meet Our May’ is about the beauty of the seasons changing, something like ‘The Slime’ is basically a warning of who you let into your life. Sometimes you let the wrong person in and they can mess things up from the inside. Then there are songs like ‘Just You And Me’ and ‘She Is Everything’, summing up love without doing it in a cliched way. ‘Say Goodbye’ for me is about saying bye to someone who has passed, ‘Crinkle Drive’ is a very weird one, one of the more psychedelic ones on there, and Nik does some great stuff on the flute for it. But I wouldn’t like to explain every thing, because it would be great for them to speak for themselves and to let others have their take on them.

Will you play any gigs?

There’s no plans for touring as the guest musicians are spread out so far and wide and have their own thing going, that I don’t think it would be possible. But I would love to get something together one day for myself or a small set up to do some dates.

Thanks! Maybe I’ll just add that I would love for people to watch the crazy promo film we made for the album. My girlfriend’s dad plays the main role and I appear for a few seconds in the woods. We had fun making this. Nothing remotely serious but a good laugh all the same. Chris Wade