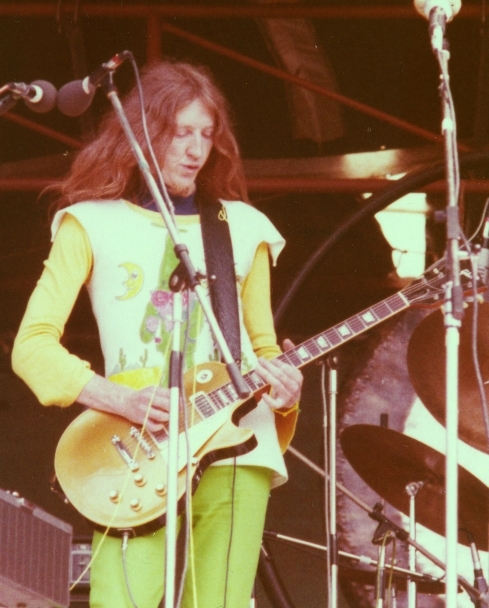 Daevid, you were born in Melbourne, Australia and in your teenage years you decided to travel to Paris. Why Europe?

I wanted to be at the epicenter of the artistic avant garde, wherever it was in the world.

“Chet Baker was our friend so we got in at least.”

While staying in Paris you met Terry Riley and I’m assuming the doors to all the jazz clubs were suddenly open?

Actually they were always closed to us because we were too weird.

I did a poetry reading accompanied by Terry playing a motorcycle engine. It was not what they wanted. The doors remained closed. On the other hand, Chet Baker was our friend so we got in at least.

Around 1961 you went to England where you met two extraordinary artists, William S. Burroughs and Sun Ra.

I met Burroughs in Paris. In London he told me to get a haircut and disappear.

You formed Daevid Allen Trio, which included landlord’s son, then 16-year old Robert Wyatt. This was a free jazz outfit. You performed at Burroughs’ theatre mostly pieces based on the novel The Ticket That Exploded. Was Burroughs involved?

Whenever I played with Burroughs, such as on this occasion in the Montmarte Club run by Bud Powell’s wife Buttercup, he only ever said one thing to me. He said: “Keep your bags packed and ready to go at all times, Dave.”

In this show he was trapped in a giant syringe. Brion Gysin was dressed as a nun.

You met Kevin Ayers and Mike Ratledge and you formed Soft Machine. Robert Wyatt was playing in Wilde Flowers. How did it all start?

We all equally loved jazz apart from Kevin who was more 50-50.

You had some problems getting back to England when you were in Paris. This was the reason for your departure from Soft Machine. Gong was your brand new project. You remained in France where you met professor, Gilli Smyth. She joined your band with other members, including Ziska Baum on vocals and Loren Standlee on flute. Student revolution in Paris made you seek for another place. You moved to Mallorca. What happened there?

They sent in the Sunday papers to scandalize us so that we would be forced to go somewhere else… Fortunately the local priest stood up for us. He had seen me meditating on the side of the church hill. We stayed.

Gong’s debut, Magick Brother was released in 1970. What are some of the strongest memories from recording it?

In the middle of doing my vocals, I tried to strip an electric cable of its insulation with my teeth and a front tooth broke off. Bad idea. 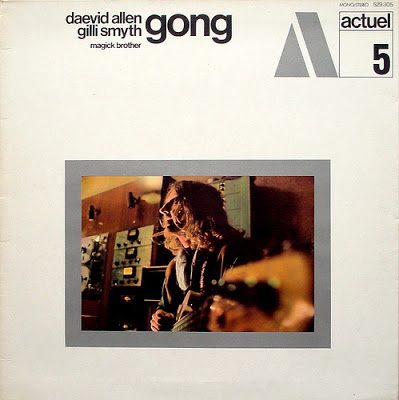 A bit later you started working on your solo album Banana Moon. It’s a very trippy album. What’s your opinion about it?

Hallucinogens are best used for listening to music.

Camembert Electrique was released the same year as Banana Moon. Why did you decide for solo album?

Gong was a band. I was just me.

Continental Circus and Flying Teapot followed. Would you like to tell us what was the main concept behind these two releases?

Flying Teapot was the first in a series of three records called Gong Trilogy.

Angel’s Egg was a bit different and more jazzy. What made you change your sound?

Between 1973 and 1974, Gong, now augmented by guitarist Steve Hillage, released their best-known work – You. It was the third and final LP in Radio Gnome Trilogy. What’s the secret?

Radio Gnome is a secret frequency by which people of like mind can tune in instantly to each others ideas.

You were very active in late 1970s as Planet Gong. What are you currently up to?

I have a radical new CD out called Soundbites For The Revelation 2012.

The new record label is Flamedog and run by my son Orlando who plays drums in Gong on this tour.

What’s your favourite lineup in Gong?

What was a typical day in musical commune of Gong?

Is there any particular concert that you will never forget?

I’m sure you experienced plenty of freaked out events.

They rushed on stage during the last number screaming “THERE IS A BOMB UNDER THE STAGE.”

I kept on playing thinking: “What a better way to go?”

Thank you very much for taking your time. Would you like to send a message to your fans and to the readers of It’s Psychedelic Baby? 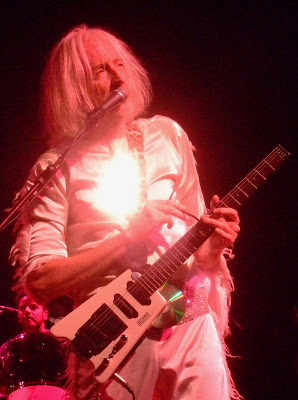