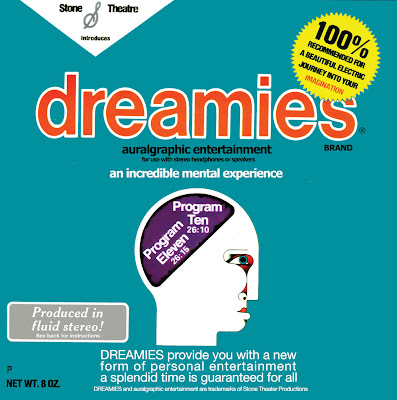 Bill Holt is truly an amazing artist with a great vision. He created an album back in 1973 at home and it contains some of the very avant-garde moves. He accomplished something really unique. Artists like Brian Eno and Kraftwerk had made similar moves three years later and with far less profesional gear. The album itself paints pictures of America back in the 60’s where the “Cold War” was in its hights.
Interview:
Thanks for taking your time Bill, to talk about your project from the 70’s. Tell me about the beginning of this project. Who was behind it and what was your intention or should I say concept? I read, you had intended to redefine people’s notions of “pop music.”
Thanks for your interest in my 1974 Dreamies album. It’s so great we now get some royalties from iTunes and other purchase sites. Not much but it sure helps.
I can tell you we appreciate each and every person who buys my music.
That first album was inspired by my love for music and world affairs, politics. Between 1960 and 1974 music and politics radically changed. We went from innocent do-wop rock and roll to dark psychedelic music. In politics America went from the straight laced to the Age Of Aquarius, quarts of beer to pot smoking. It might all seem old now, but at the time it really was a great American Cultural Revolution. I felt compelled to somehow tell the story, capture what was happening. The concept, my intention with Dreamies Program Ten and Program Eleven, was to record for posterity a sense of those times. Certainly not a documentary, more a feel for the times. Political propaganda, time capsule all rolled into one for posterity. 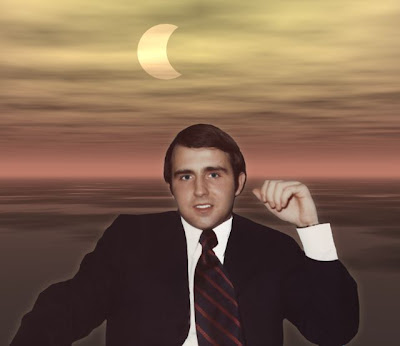 What did you do before this project?
I worked for 3M Company in Philadelphia as a sales and marketing junior executive in a three piece suit. That was in the 1960’s. If you know the TV show Mad Men, that was me. 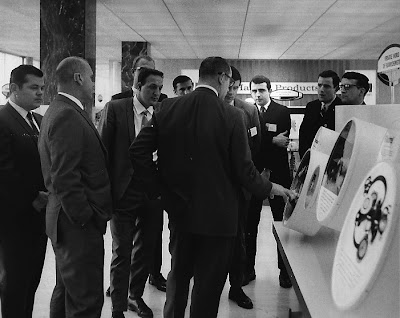 How did you came to an idea to start musical collage and what would you say had a great impact on you; influences?
My instinct was to be original. I was a big fan of original art. From Picasso to Bob Dylan to the Beatles. I wanted to do on a sound recording what René Magritte did on canvas. A lot of what influenced me I read about, but never really listened to. I read about  avante composer John Cage. I read about concepts like musique concrète. Strawberry Fields had music playing backwards. I was amazed by the no holds barred Revolution Number 9. The track name Dreamies Program Ten is homage to Revolution Number 9. I felt that’s where my talent was. Not so much a virtuoso musician or great singer, however I felt very confident about originality. I trusted my love love for composition and producing would carry the day even though I had little experience as a musician and no experience with a keyboard.
The whole album reflects dreams of a young man caught in the middle of the Cold War. Would you like to tell us more about this story you had in mind? 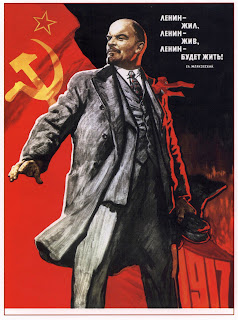 The Dustin Hoffman movie the Graduate pretty much sums up my life in the early 1960’s, except for the Mrs. Robinson part. A young man raised in a seemingly one dimensional world. Catholic school with a life pretty much pre-packaged. Follow the rules, play ball, get a job, a car payment a mortgage, that was that. A life that was very much like a frozen dinner, all prepared for you by others. Then, out of the blue that orderly world is shattered.

The shattering started with the assassination of President Kennedy. A shock to the Nation even greater than 9/11. Totally surreal unimaginable. The innocent world of Bill Haley and Comets started to unravel pretty fast after JFK was killed. Then the Vietnam War. I got news that my friend from high school ended up 10,000 miles from our picture perfect suburban home town carrying a machine gun in some Godforsaken jungle where he ends up getting stabbed to death by a bayonet. While I was back home learning how to sell office equipment for 3M, wondering why I was here safe and he was there dead in the jungle.
Music, as I mentioned, changed just as radically. One day I was listening to the Beatles saying I Want To Hold Your Hand, the next day it was Buffalo Springfield with that eerie message  “something’s happening here, what it is ain’t exactly clear”. Sgt. Pepper, Lucy In The Sky.  A lot different than Little Anthony singing Why Do Fools Fall In Love. It was not just music changing. People were changing. I felt compelled to tell the story, try at least to capture the essence of what was happening here. 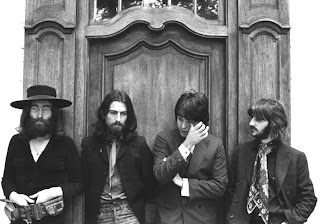 One thing that amazes me is, that you used so many random pieces, but it seems that are all somehow connected.  How did you choose these pieces and from where?
The centerpiece of Program Ten is the excerpt from President Kennedy’s January 1961 inaugural address. The words – we are the heirs of a great revolution . . . the rights of man come not from the generosity of the State but from the hand of God”.  Back in the day, before communism died, it was a real, an actual threat. The Soviet Union and The USA each with tons of hydrogen bombs confronting each other. The battle between our ancestors dream and Marxism was very real to me and yet to be settled. It was all very stirring for me. Those soundbites, the Beatles, JFK, Walter Cronkite are all the voices of the times. I find it laughable today to here people throwing around the words Marxism communism accusing President Obama of being “marxist”. Sounds so stupid to me. That war was fought and won last century. 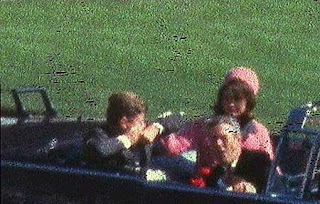 When you hear “we interrupt this program to bring you a special news bulletin” – that was happening for real all the time. We were on the edge of our seats a lot. We interrupt to tell you the President was shot to death. We interrupt to tell you Martin Luther was shot to death. We interrupt to tell you the Soviet Union has atomic missiles in Cuba aimed at Washington DC and the world might be coming to an end soon.
So yes, all those sound bites I put in Dreamies are all carefully chosen. There’s stuff in there most listeners probably don’t recognize. The jury verdict for Jack Ruby, the guy who shot Lee Harvey Oswald. Combat sounds from Vietnam. President Lyndon Johnson asking for God’s help after Kennedy was assassinated. I got most of them from meticulously recording long stretches of TV news over the years, I recorded sounds from the night, crickets and breaking glass and popcorn popping. A pot on the stove with popcorn popping, me standing by with a mic. Far out. Geez. It sounds sort of bizarre now. But I can tell you at the time I absolutely thought I knew precisely what I was doing. Not sure why.  was totally driven. I thought not enough of my piers, young folks at the time, real hippies (I was kind of a fake hippie more a corporate escapee than a genuine flower child) – it did not think people really understood what the fight against communism was about. I wanted even somebody getting stoned listening to Dreamies to get that subliminal message out – we being the heirs of a great revolution. Remember, back then communism was real. There was a bellicose USSR saying they would bury us. Today it’s dead, more an intellectual concept. Back then it was very real.
But mainly making Dreamies was great happy fun, interupted only by house parties with a great group of happy young friends. Chosing sound bites, where to put them, how much to reveal them, was great fun for me as a newly minted composer. The boxing match you might hear in the beginning of Program Ten progresses as the side goes along. At the very end, there’s the knockout. I can tell you it was all very carefully constructed. Looking back I ofter wonder – how’d I do that?
Where did you record this album and what gear did you use?
I recorded Dreamies Program Ten and Program Eleven in the basement of my home in Claymont, Delaware. I used an Ovation acoustic guitar, I saw Glen Campbell playing one on TV, a brand new to the world of music – synthesizer, a Moog Sonic Six. In 1974 nobody even knew how to pronounce that word. I read for several years about the new “synthesizer”. When I went to buy my Sonic Six I started talking to the guy at the music store and got tongue tied – realized I had never actually uttered the word Synentheissizer. I learned to love that Sonic Six. Twisting those knobs to make new music. Loved it. 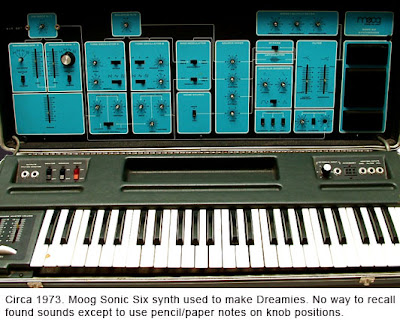 I had two good tape recorders. A TEAC 3440 four track and a Revox two track. I heard the Beatles used a four track for Sgt. Pepper, so I figured I was set. I had an array of mixers, a first generation drum machine I rigged up, and some splicing gear to cut the tape and edit with the old slice and glue tape together method. I can tell you it was a labor of love but a lot of labor still. 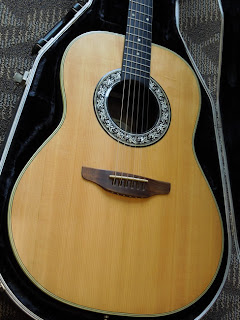 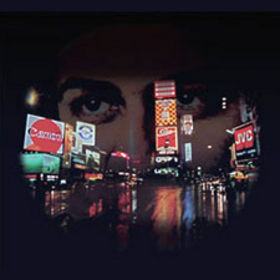 What currently occupies your life?
My website www.dreamies.com, where I continue to experiment mixing art and politics.  Still trying to find an audience. Eventually I think I will.  I have a half complete new Dreamies album. Program Fourteen “Good Fortune”.  Has to do with the President Obama days. A pretty interesting time in the USA. The first black president and they don’t believe is birth certificate. How odd. So I do what I do. I am getting more comfortable and confident. Just do what you like doing the rest will happen. I’m sure Rene Magritte, painting on canvas, men in top hats falling from the sky and giant pipes had some doubts but he managed to create a body of work.
Thanks again for taking your time Bill. Would you like to send a message to It’s Psychedelic Baby Magazine readers?
Thank you so much for enjoying Dreamies. All the new fans for my old music is really inspiring. We are very grateful that people appreciate what I did so long ago. And . . . . I spend time trying to chase down illegal downloads. Tens of thousands of copies of Dreamies have been bootlegged. If folks who like Dreamies would purchase Dreamies from iTunes or somewhere legit, my family would sure appreciate that. The less I worry about money, the more I can make Dreamies. Thanks for being in touch. 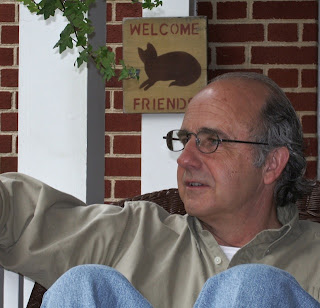