Pearls Before Swine was a psychedelic folk band formed by Tom Rapp in 1965 in Eau Gallie, now part of Melbourne, Florida. They released six albums between 1967 and 1971, before Rapp launched a solo career.

Tom Rapp: I was born in Bottineau, North Dakota about 10 miles from Canada, near the Turtle Mountains. We lived in Pine Island, Minnesota and Northfield, Minnesota where Jesse James robbed the bank. My grandparents lived near Hibbing. It is a true story that I was in a talent contest with Bob Dylan. I remember nothing of it – just news clippings my parents kept (“Another contestant was Bobby Zimmerman…”). We both lost to a 7 year old baton twirler in a red-sequined costume. Why I didn’t think of the costume first, I’ll never know. I learned ukulele and then guitar and played show tunes and country and western songs that were on the radio. Liked the Everly Brothers and Elvis Presley. Did Elvis’s ‘Hound Dog’ and ‘Love Me Tender’, and the Everly’s ‘Singing the Blues’. Mostly what I remember about Minnesota was that it was cold a lot. 20 degrees below often each winter. They didn’t have the concept of “wind-chill” then so it was probably million below.

We both [Bob Dylan] lost to a 7 year old baton twirler in a red-sequined costume.

Pearls Before Swine was formed in Melbourne, Florida in 1965.

We were all kids graduated from high school. I had written a couple of songs so we made a tape for ourselves of those and some folk songs in late 1966. Had a record made from it and sent it to ESP because they had recorded The Fugs and we thought they might like us. ESP letters had a green hand print on them so we put a red footprint on ours.

Were you influenced by The Fugs?

Yes, I listened to The Fugs, Jefferson Airplane, The Velvet Underground, as well as The Bee Gees and Peter, Paul and Mary. Learned guitar from Joan Baez recordings. Influenced by all the poetry studied in High school.

How did you get signed to ESP?

We sent our custom cut record to ESP with a letter saying, “hey, sign us up.” So they did. They flew us to NYC and we recorded the album (‘One Nation Underground’) in 4 days at Impact Sound, where The Fugs and The Holy Modal Rounders recorded – so did Spanky and Our Gang (‘Sunday Will Never Be the Same’).

What are some of the strongest memories from recording your debut album, ‘One Nation Underground’ in 1967?

We did the album in 4 days (and nights). Went out for hamburgers and rice pudding – never knowing if it was 9 am or 9 pm until we got outside. Smoked a lot of cigarettes. Richard Alderson was the genius/producer. Wouldn’t have been anywhere as good without him. Wavy Gravy came by, passing out LSD.

‘Another Time’
I had a car accident where I was thrown out of an Austin Healy Sprite. No real injuries but on the police radio on the way to the hospital heard of others who drowned or burned that same afternoon. I immediately told myself: “the universe doesn’t care at all.” And that went into my first real song, ‘Another Time’.

‘Playmate’
‘Playmate’ is an old kids’ song from the 30’s – little girls playing with their dolls. I thought if we made it a rock song it would sound risque, which it did. The dylanesque singing helped.

‘Ballad to an Amber Lady’
Words by Roger Crissinger – he later joined a band called “One” which recorded on the Airplane’s Grunt label. Music by me.

‘(Oh Dear) Miss Morse’
Wanted a song with Morse code in it. Looked up “love but only f*** worked out rhythmically dit dit dah dit/dit dit dah/dah dit dah dit/dah dit dah” Obviously god’s will. DJs got in trouble because only boy scouts knew morse code and the scoutmasters complained.

‘Drop Out!’
Tune in, turn on drop out was the Leary anthem, so this was a song about dropping out.

‘Morning Song’
Written alone in a room after reading Jerzy Kozinski’e ‘The Painted Bird’ another time and morning song were used by Fassbinder in his 1969 movie, ‘Rio das Mortes’.

‘Regions of May’
Just trying a love song.

‘Uncle John’
Anti-vietnam, UNCLE Sam/President JOHNson the Vietnam war, to me, was murdered children, year after year and I was angry.

‘I Shall Not Care’
I wrote this on the plane to NYC–a Sara Teasdale poem, part of the libretto of an Italian operas and an epitaph on many Roman tombs in the last years of the empire (I was not/I was/I am not/I do not care) it all fit together.

I saw the Bosch picture on a book cover (‘The Hunger and Other Stories’ by Charles Beaumont). 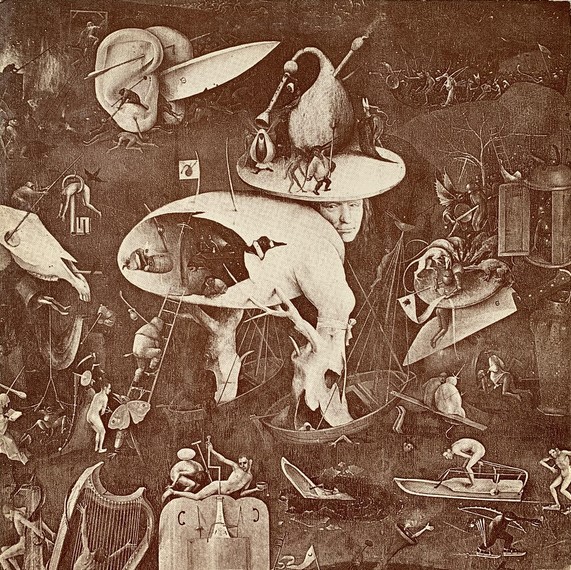 What are your recollection from working on your sophomore album, ‘Balaklava’?

‘Balaklava’ took a long time to record, we were trying different things: swamp sounds, chamber orchestra, etc. We used the actual voices of Florence Nightingale and the trumpeter from the charge of the light brigade in the Crimean war at Balaklava. Last time that war was “glorious”.

‘Translucent Carriages’
Where this came from in my head I have no idea. The second parts (“Jesus raised the dead…”) came from the same place. We did many versions of this until we arrived at what is on the record.

‘Images of April’
Richard Diderson had some recordings a friend made in a swamp. We used the frogs that ribbetted in the key of A. Richard also knew some some fine jazz musicians who contributed.

‘There Was a Man’
Pretty straightforward–folk song used a wonderful 12-string sitting around the studio.

‘I Saw the World’
I was very happy when Utah Phillips told me how much he liked the song and quoted lines from it. His work is wonderful, workers of there world songs.

‘Guardian Angels’
Wrote this on a car trip to Tallahassee, Florida. We did this many ways and ended up with the string quartet and the old radio sound. No – we didn’t record it in 1927.

‘Suzanne’
Leonard Cohen’s beautiful song. I’m so glad he is getting all the recognition that he deserves. We used a giant marimba and I fell to the floor after the last notes.

‘Lepers and Roses’
No idea.

‘Florence Nightingale….’
The actual voice from 1887.

‘Ring Thing’
Tolkien of course. The bagpiper told us he found the rhythm for what he did by swaying with the trees. 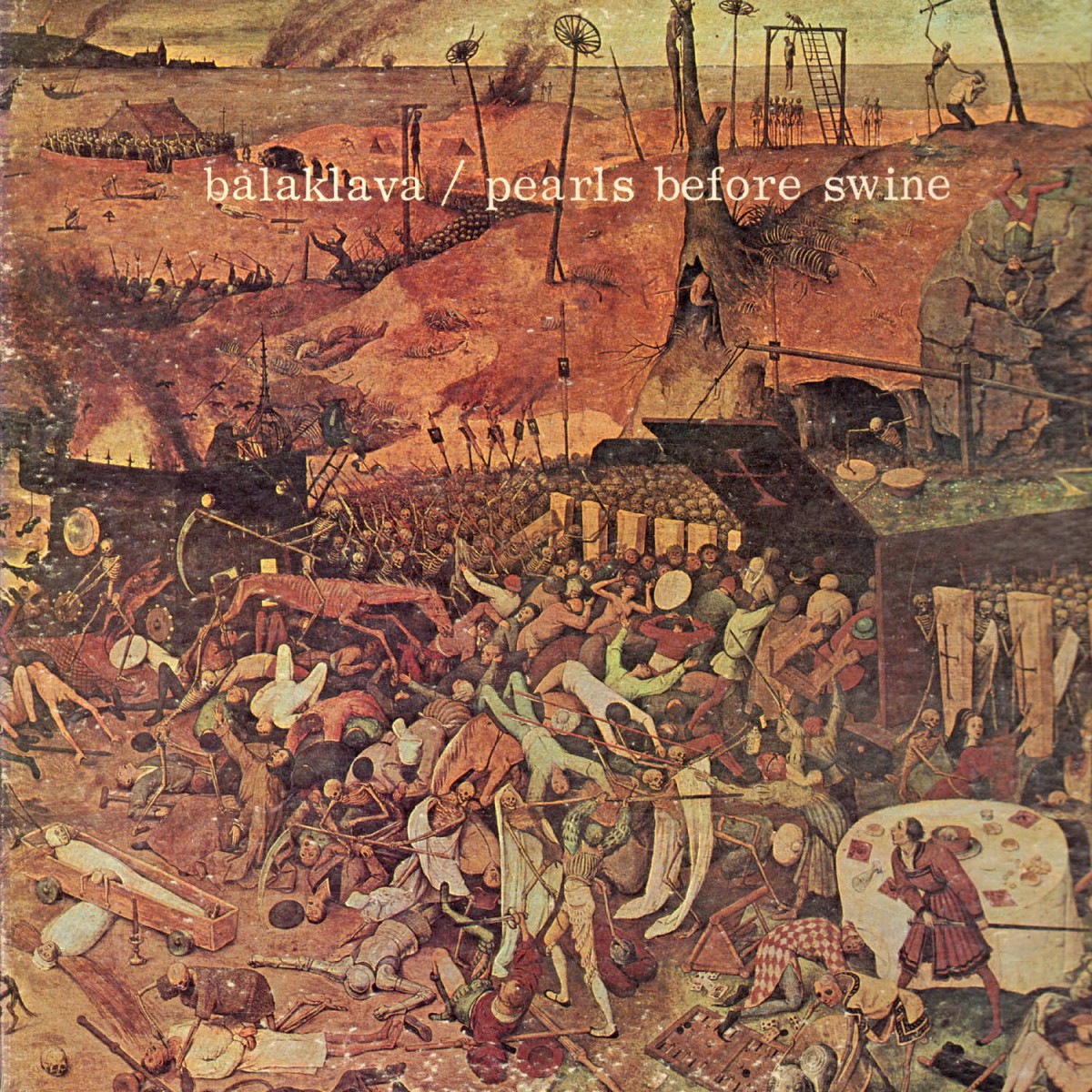 Did you do any touring at the time? 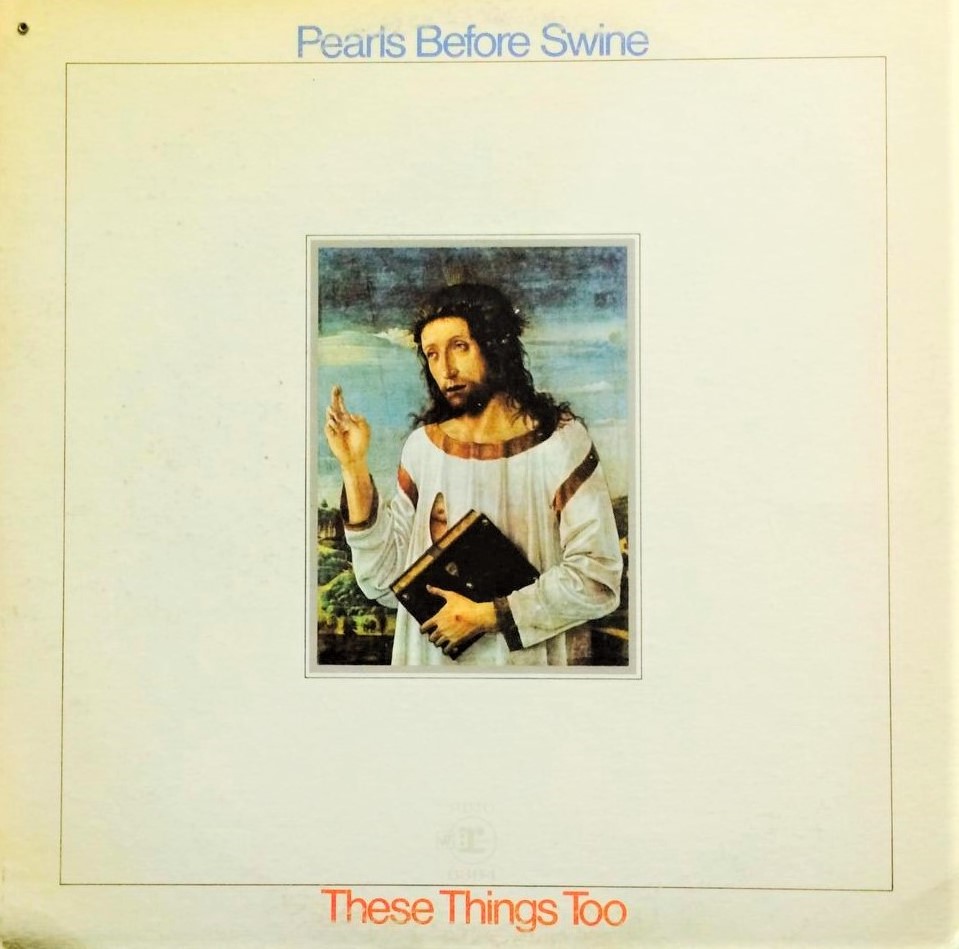 The band signed for Reprise Records in 1969 and there were also some lineup changes.

We escaped from ESP and went to Reprise. Much of the recording was further work with Richard.

‘The Use of Ashes’ and ‘City of Gold’ albums were recorded in Nashville with session musicians including Charlie McCoy, Kenny Buttrey, and other members of Area Code 615. Several also featured your then-wife Elisabeth on vocals.

Yes, all from the same sessions with Charlie McCoy. The sessions went fast. Run through the song for Charlie’s guys, do a take, do a second take and we were very often done. They contributed ideas immensely helpful. 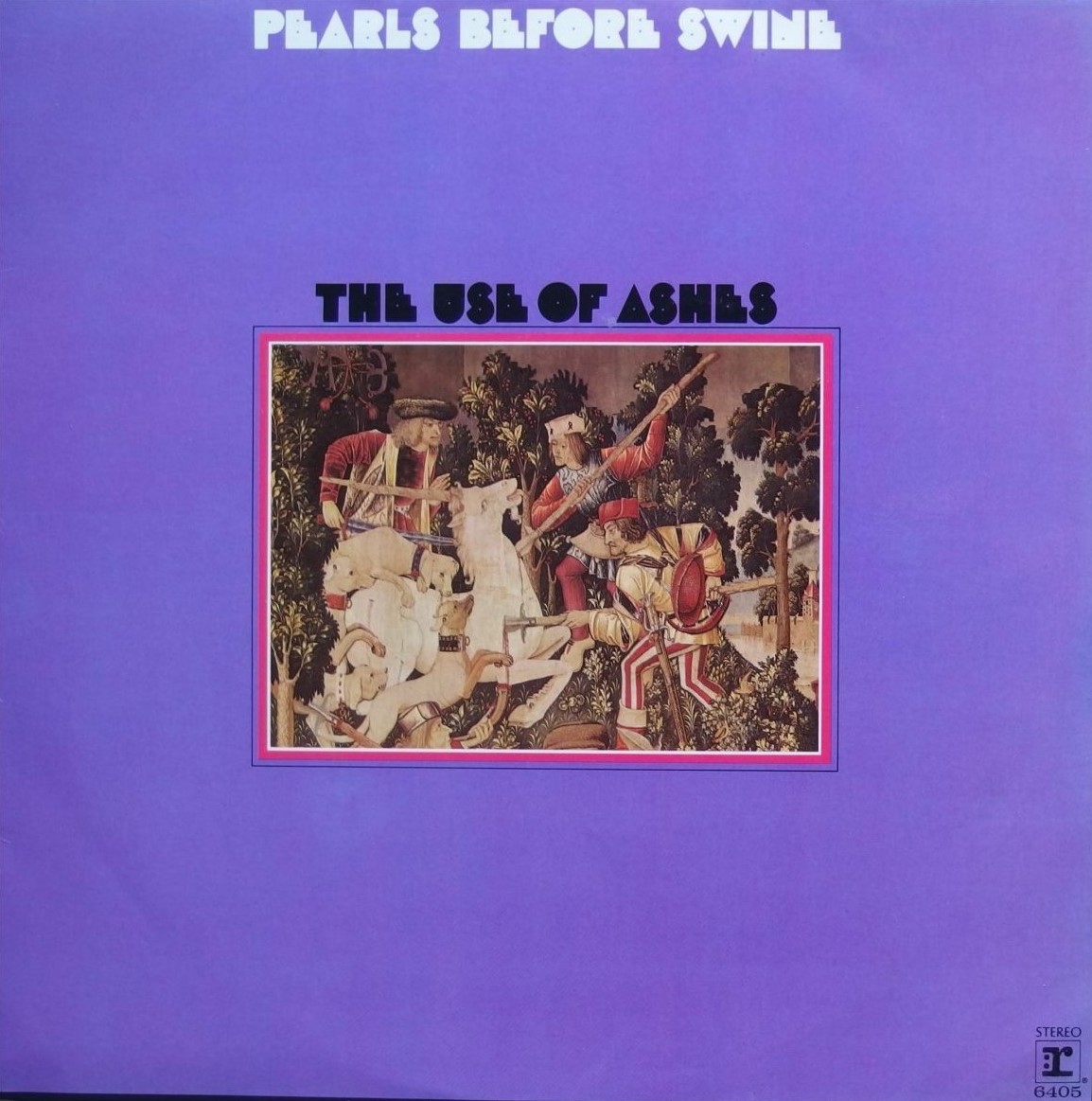 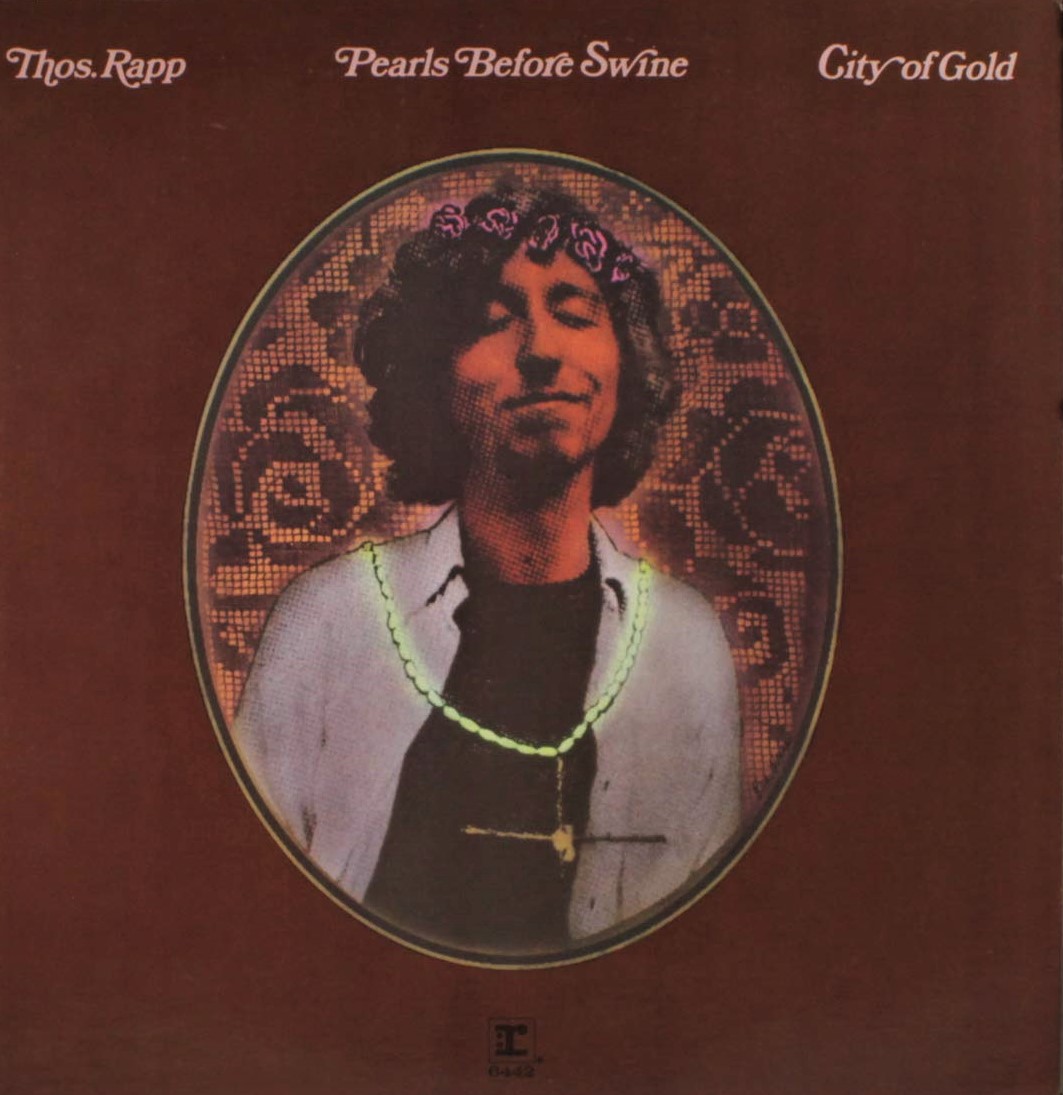 ‘…Beautiful Lies You Could Live In.’ and your first solo album ‘Familiar Songs’ followed. The latter is in fact a demo recording released by the record company without your knowledge. Is that true? 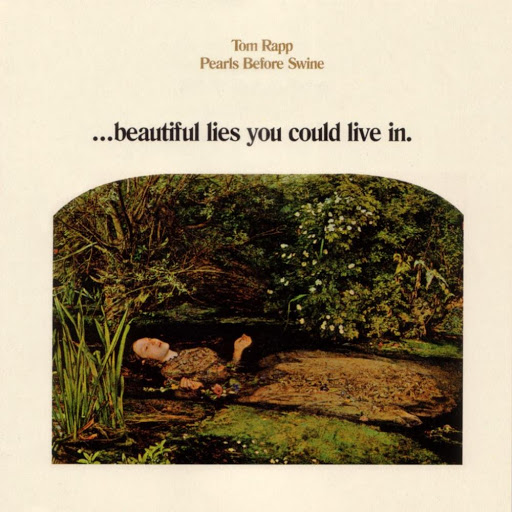 Yes, ‘Familiar Songs’ showed up one day in a record shop in NYC. I said, “Hey! That looks like me on that cover.” Went on to Paramount Blue Thumb after that.

All 9 albums from the 60’s – 70’s were me and whoever was around. There was no real PBS group until my band in 1972 – 1973 for touring, which was Art Ellis on flute, etc.; Bill Rollins on bass and cello, etc. and for a while, Harry Orlove on guitar, banjo etc. A very happy time finally.

After 10 years I was tired of the road, had met everyone you would want to meet (Bob Dylan, John Lennon, Allen Ginsberg…) and, with no money (ESP then crooked manager who ran off with the money). 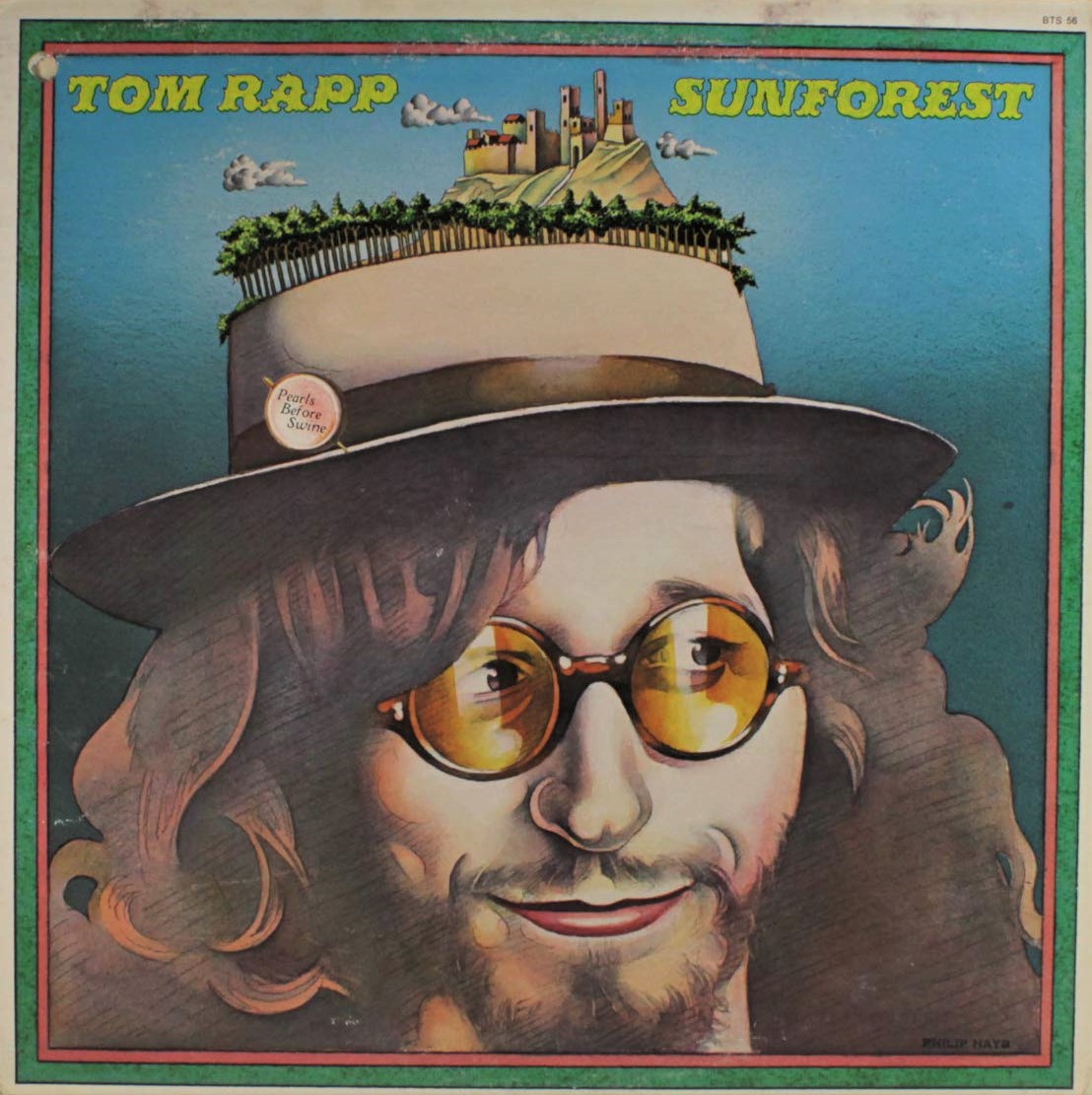 I sold popcorn at the Harvard Square Cinema in Cambridge Mass, learned to be a projectionist and began going to school – working full time. I think in that whole period I got a total of 5 hours sleep.

Became a law student in 1981, graduated from Penn Law in Philly in 1984 and worked with Alan Epstein and his firm on the victims’ side of discrimination and civil rights cases. Joined the County Attorney’s office in Charlotte County Florida, and retired when my wife Lynn was diagnosed with cancer. She is doing OK now, but it has to be checked every three months or so. 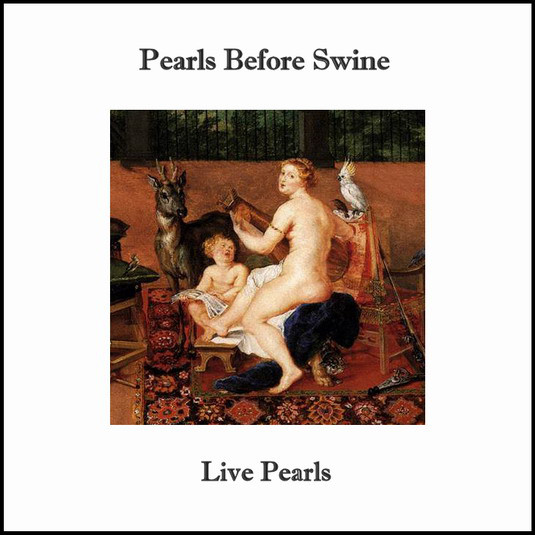 We are hopeful about it. I have played several Terrastock festivals. Great one at U of London in 1999. A new album (1999) called ‘A Journal of the Plague Year’ and ‘Constructive Melancholy’ – 30 years of PBS, came out.

There is a box set of all the Reprise albums called ‘His Jewels Were The Stars’ and a compilation of outtakes, etc., called ‘The Wizard Of Is.’ And of course there was the Nobel Peace Prize in 1993.